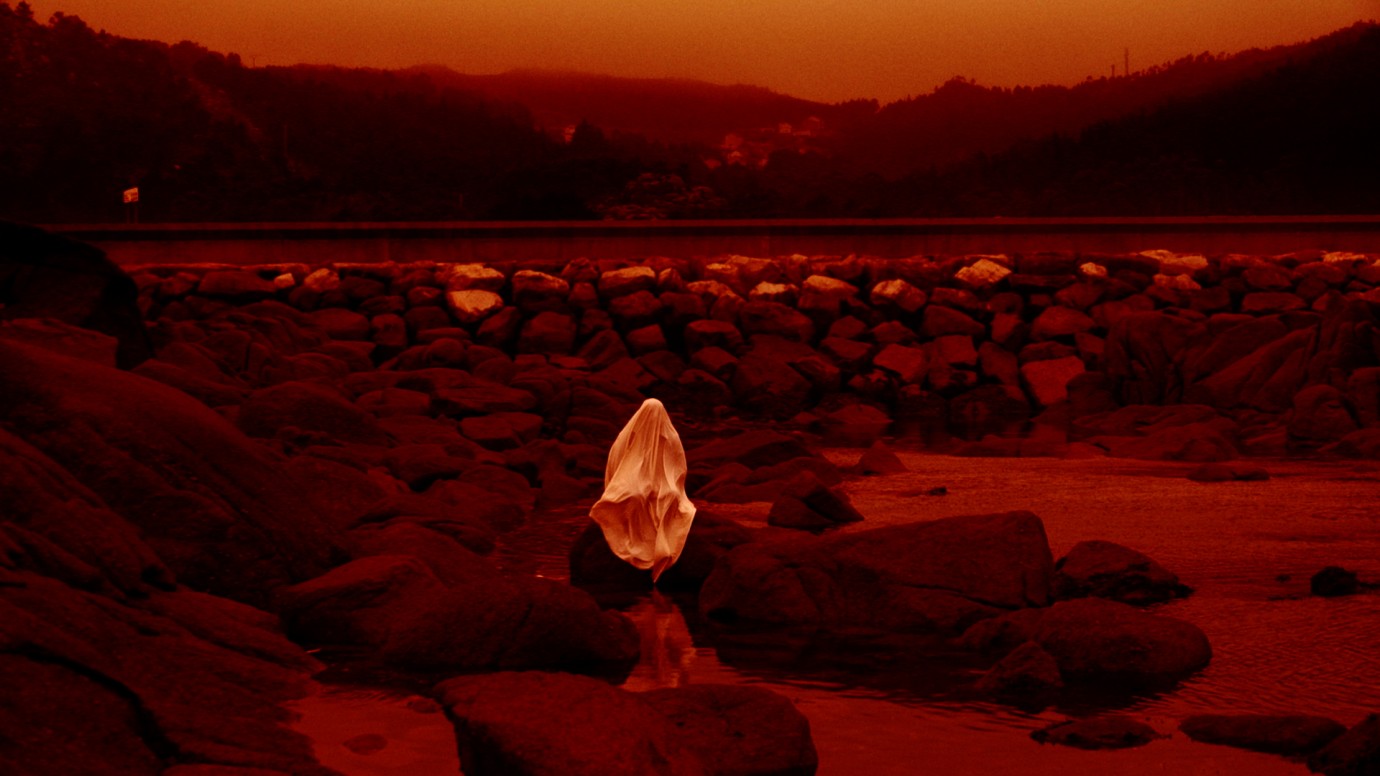 © Zeitun Films 2020
In a village on the Galician coast, life has slowed to a crawl. All that moves is the light over the bay, the swell around the shore, the fronds of weed swirled along by the river, the animals that now wander unheeded through the dark houses. Their inhabitants stand motionless, each trapped in a different stance, on the mudflats, in the streets, by the dam, next to the mysterious rock whose form is that of the wave that sank Rubio’s boat and pulled the fisherman under, thus ushering in the curse. They speak in voiceover and their accounts overlap, their words revolve more around their own predicament than telling a linear story, they keep talking of Rubio, of past warnings, of the red moon, the beast, the sea. Even if everything still looks like today, they say a thousand years have already passed. But movement is coming, three witches have come down from the mountain, soggy footsteps can be heard on the soundtrack, pressure builds behind the dam and scales shimmer in the depths. As the old map which opens the film suggests, magical tales of treacherous waters, drowned sailors and monsters from the deep stretch far back into history but how do such tales end in the present day?
by Lois Patiño
with Ana Marra, Carmen Martínez, Pilar Rodlos, Rubio de Camelle Spain 2019 Galician 84’ Colour 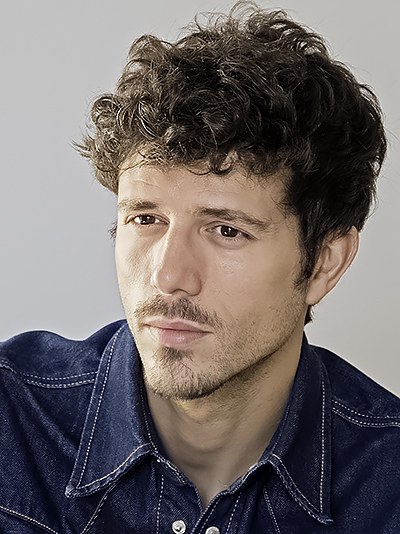 Born in Vigo, Spain in 1983, he studied psychology at the Complutense University in Madrid and then film at the city’s Centro Universitario de Artes (TAI) and at the New York Film Academy. He completed his film education with a master’s in creative documentary at the Pompeu Fabra University in Barcelona. In collaboration with other artists, he has developed video art workshops and installations at institutions including the Berlin University of the Arts. His second feature film Lúa vermella (Red Moon Tide) premiered in the 2020 Berlinale Forum and went on to screen in MoMA and at over 50 festivals.