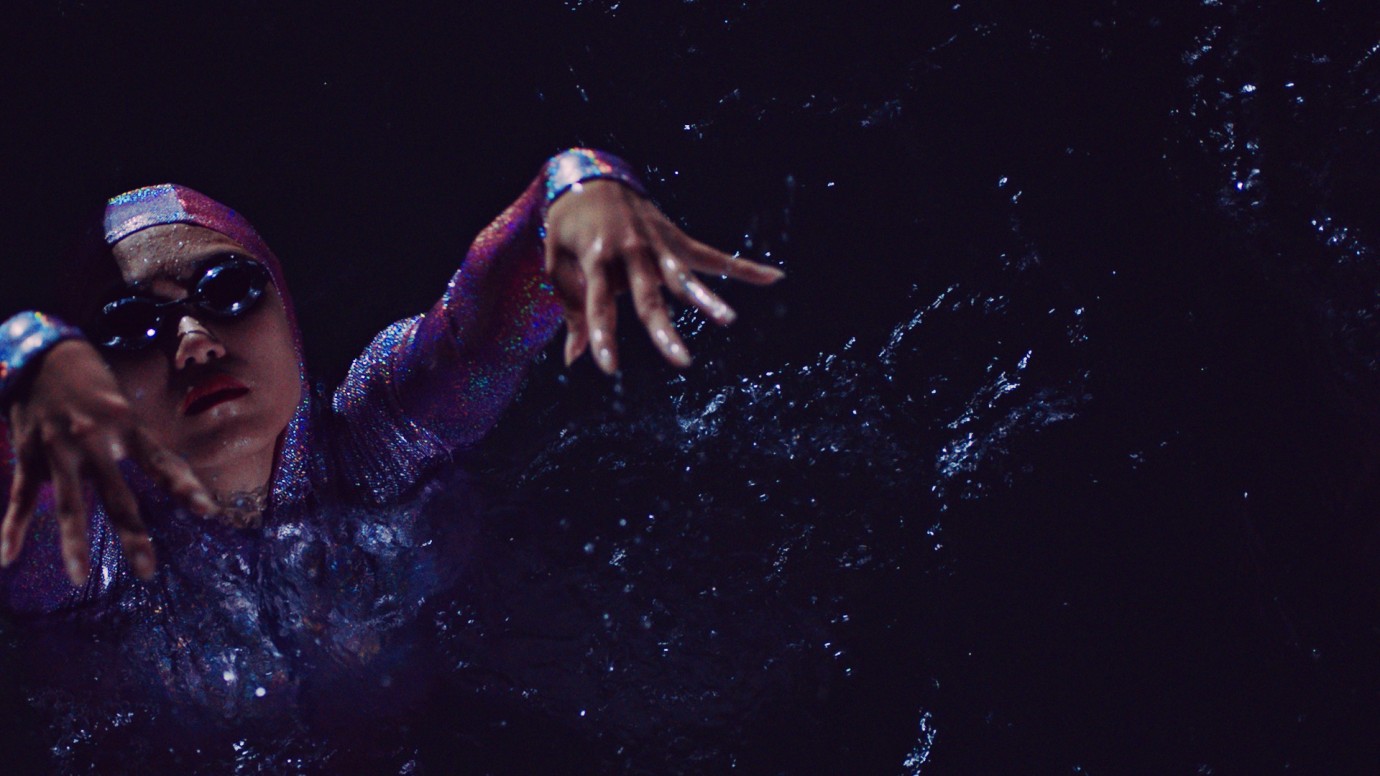 © Monira Al Qadiri
This immersive video installation by Monira Al Qadiri is a new chapter in her ongoing search for historical ties between the pre- and post-oil worlds in the Arabian Gulf. For hundreds of years, the economy of the coastal region was based on decorative pearls, with Al Qadiri’s own grandfather working as a singer on a pearling boat. After the discovery of oil in the twentieth century, a massive transformation took place in the affected societies and this part of history was erased, relegated to popular fiction.
The video proposes to bridge that gap through the formal abstraction of color; it follows the movements of synchronized swimmers wearing dichroic body suits akin to the sheen of both pearls and oil, fully choreographed to a traditional pearl-diving song.
The use of these bodies as ornamentation manifests the placement of these histories in contemporary society – as embellishment and décor – but at the same time reflects the artist’s absolute effort to sincerely articulate them as a solid component of regional identity through exhausting physical action.
by Monira Al Qadiri
with Isabelle Tan, Carly Athawes, Zsofia Peres, Daria Galkina United Arab Emirates / Kuwait 2016 Arabic 4’ Colour 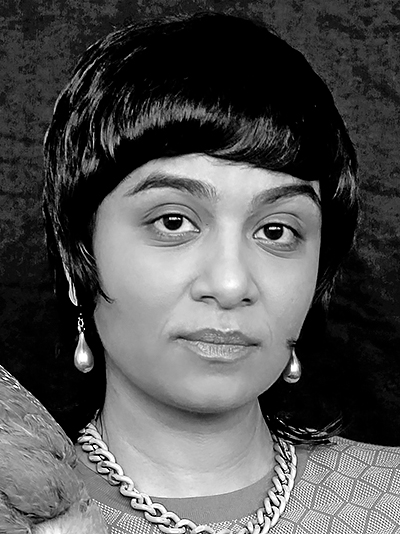 Monira Al Qadiri is a Kuwaiti visual artist born in Senegal and educated in Japan. In 2010 she received a PhD in inter-media art from Tokyo University of the Arts, where her research was focused on the aesthetics of sadness in the Middle East, stemming from poetry, music, art, and religious practices. Al Qadiri is currently living and working between Beirut and Berlin.