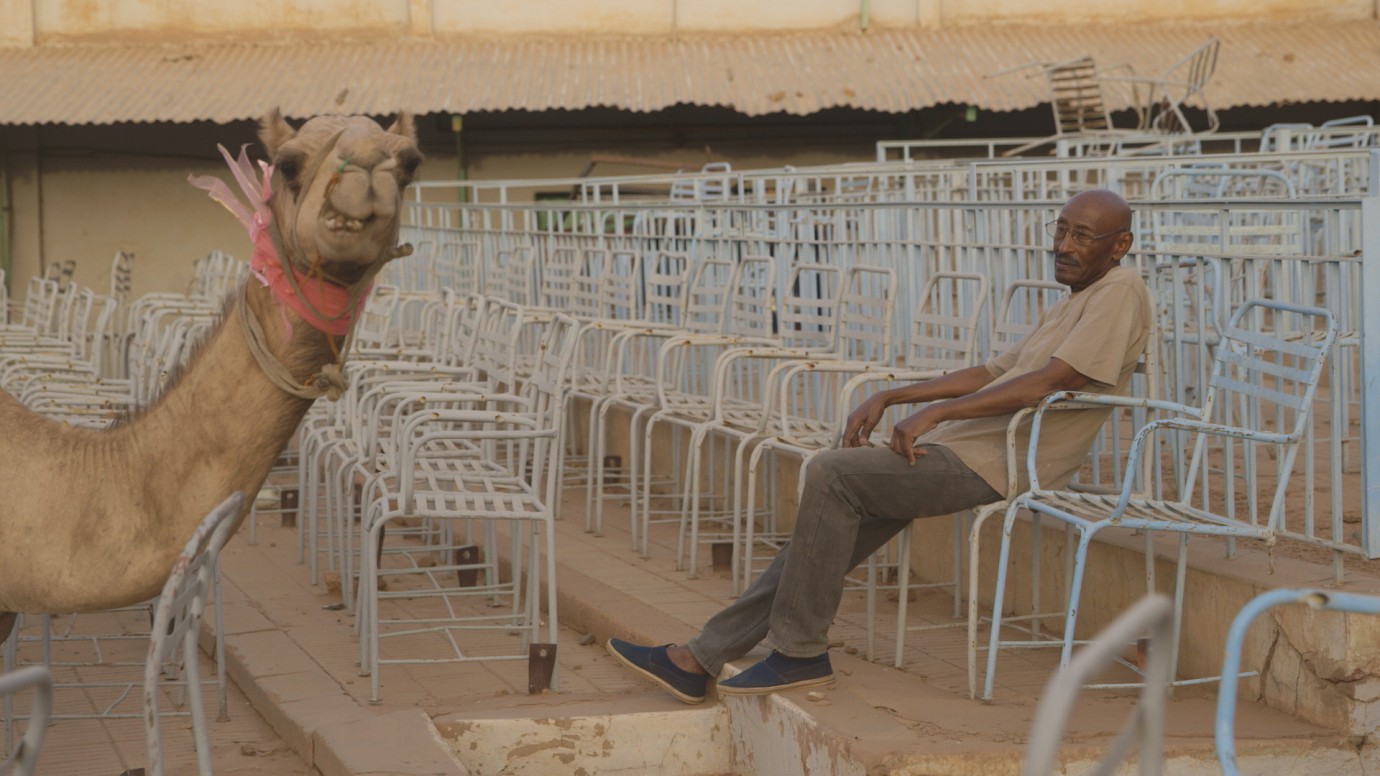 © Agat Films & Cie
Suliman and three further members of the ‘Sudanese Film Club’ have decided to revive an old cinema. They are united not only by their love of cinema and their passionate desire to restore old film stock and draw attention to Sudanese film history once more, but also by the fact that they have all enjoyed a film education in exile. Tirelessly, they try to get the cinema’s owners on their side and make the place operational again, but repeatedly find themselves up against considerable resistance. In the meantime, they sit together and talk about the past – including their experiences of persecution and even torture as oppositional artists. They also read out old letters written while in exile and dream of a Sudan in which art and intellectual thought can be free. ‘We are smarter than them, but not as strong,’ is how they unanimously summarise their situation. It is in laconic moments such as these that the viewer is able to perceive the friendship, as well as the bond and ideological solidarity that exists in the struggle for common ideals.
Suhaib Gasmelbari puts the history of Sudanese cinema at the centre of his film and at the same time sheds light on the current situation in a country shaken by ongoing crises.
by Suhaib Gasmelbari France / Sudan / Germany / Chad / Qatar 2019 Arabic, English, Russian 93’ Colour Documentary form 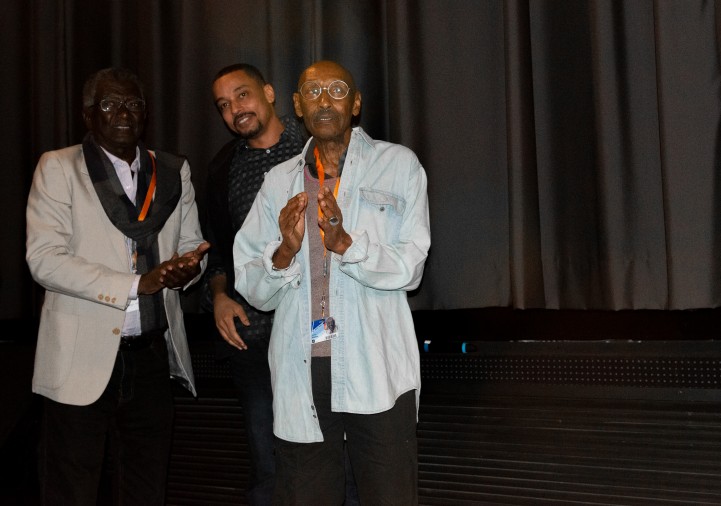 Born in Sudan in 1979, he lived there until the age of 16. He studied film at the Université Paris 8 in France and worked as a freelance cameraman and editor for Al Qarra, Al Jazeera and France 24. He has written and directed many short fiction films and documentaries. Talking About Trees is his first feature-length documentary. During his research into Sudanese audio-visual archives he found some films believed to have been lost and actively participated in national and international projects to save and digitise them.