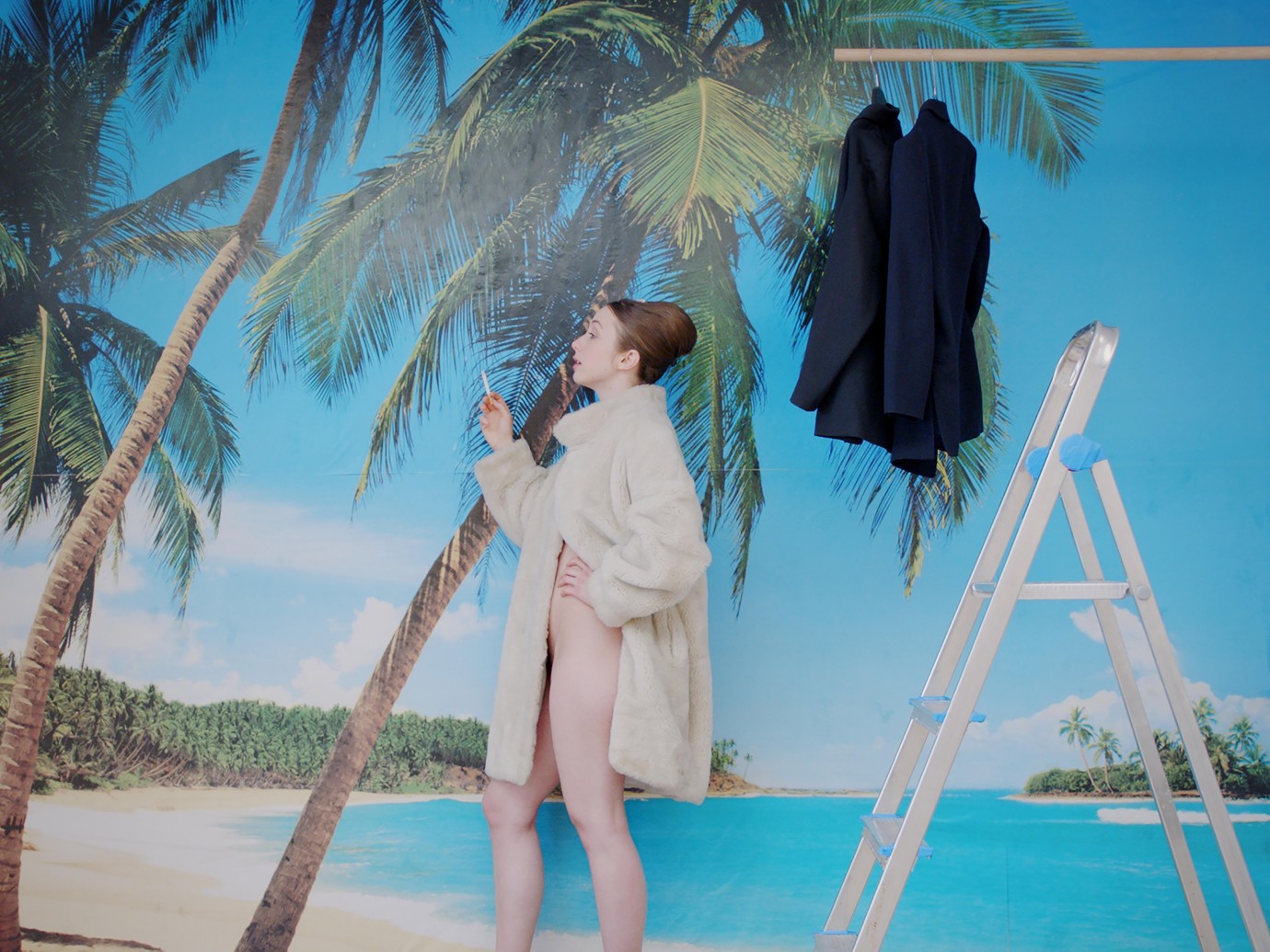 © dffb
A girl roams through the city looking for a place to sleep. Along the way she meets young mothers who celebrate motherhood religiously, goes home with an abstinent existentialist for whom sex is “just another market,” and waits for the end of capitalism in a drag bar. Her attempt to write a book doesn’t make it beyond the first sentence of the second chapter, and she finds no space between art galleries, yoga studios and the beds of strangers. Instead of trying to fit in, she starts regarding her depression as a political issue. Through 15 of the girl’s humorous encounters, Aren't You Happy? explores our post-modern society between precarity and self-marketing, serial monogamy and neo-spirituality, disillusionment and the pressure to be happy. Susanne Heinrich’s debut film brings together pop and theory, feminism and humour, and gives you tons of quotes you’ll want to see on advertising billboards in neon letters.
by Susanne Heinrich
with Marie Rathscheck Germany 2019 German 80’ Colour

Born in Leipzig in the former GDR in 1985, she grew up a vicar’s daughter in East Germany. Between the ages of 19 and 25 she wrote and published four books including ‘Amerikanische Gefühle’ in 2011. She has been nominated for the Ingeborg Bachmann Prize as well as receiving fellowships from the Villa Aurora in Los Angeles and Casa Baldi in Olevano Romano. She sings in various bands and has undertaken a number of art projects. Her first short film gained her a place at the German Film and Television Academy Berlin. Das melancholische Mädchen (Aren’t You Happy?) is her debut feature film.