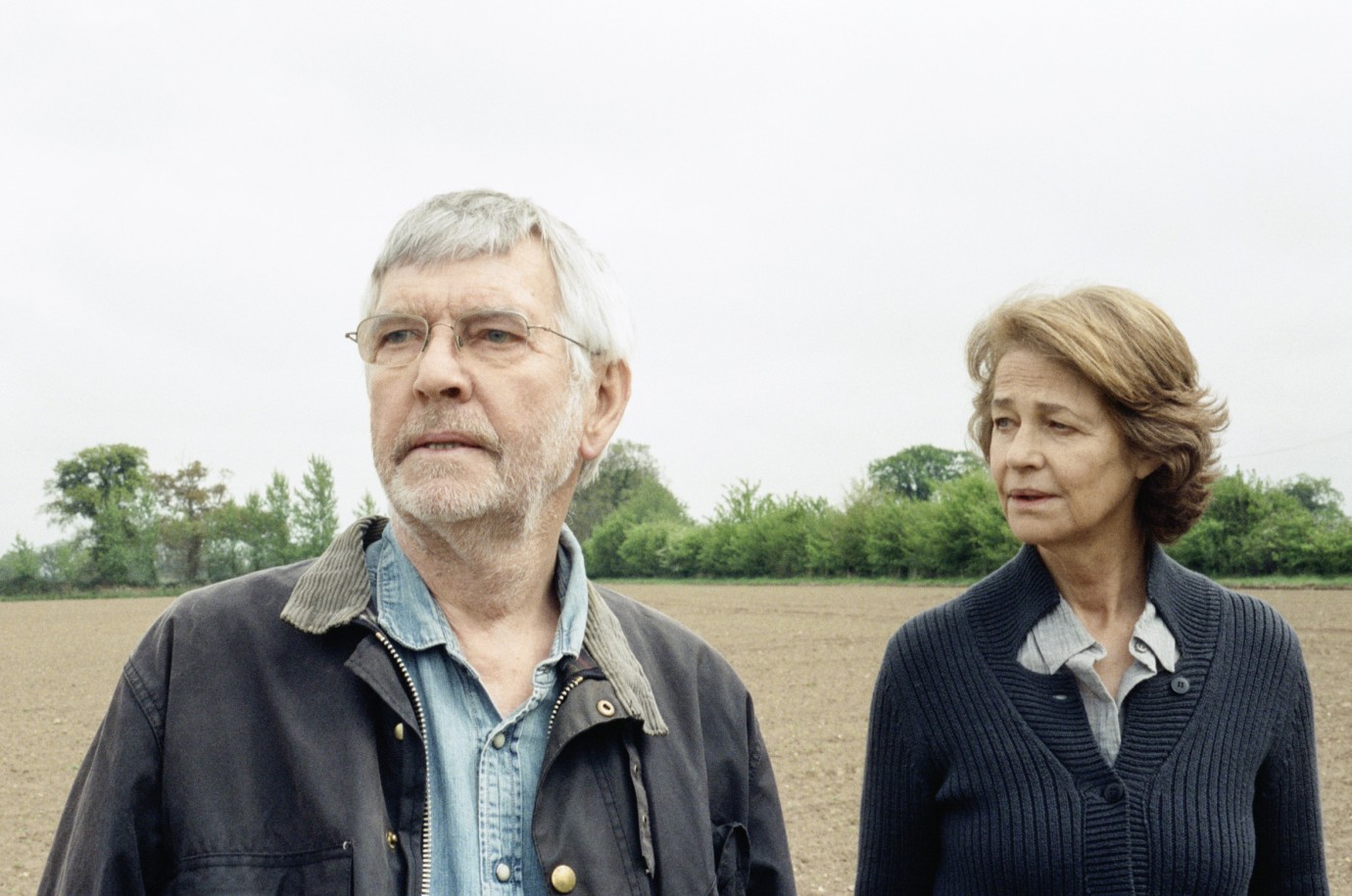 © Agatha A. Nitecka
In the week leading up to their 45th wedding anniversary, the Mercers’ get news that causes a crisis in their marriage. The remains of a woman have been found in the Swiss Alps; the body is Katya, Geoff’s former girlfriend, who died in an accident on the glacier 50 years ago. Geoff’s wife Kate is unnerved as she realises that her husband still clings to memories of the dead woman, worrying that she was never more than “second choice”. When Kate looks through stuff Geoff has stored in the attic, she discovers his secret … Charlotte Rampling and Tom Courtenay deliver confident performances in this story of how a crack in faraway, seemingly permanent ice can shatter the tectonics of a marriage that appears completely intact on the surface. With few words and almost imperceptible gestures, they reveal Kate and Geoff standing at the edge of an abyss. The actors’ nuanced portrayals of an ageing couple questioning a relationship that has lasted almost half a century, and struggling to reassure themselves of its future, were rewarded with Silver Bears for acting at the 2015 Berlin International Film Festival. Charlotte Rampling also received the European Film Award that same year.
by Andrew Haigh
with Charlotte Rampling, Tom Courtenay, Geraldine James, Dolly Wells, David Sibley, Sam Alexander, Richard Cunningham, Rufus Wright United Kingdom 2015 English 96’ Colour

Born in Harrogate, England in 1973, he initially worked in the editing department on films such as Gladiator and Black Hawk Down before making his short film debut as writer and director with Oil. In 2012 he won Breakthrough British Filmmaker at the London Critics' Circle Film Awards for his multiple award-winning feature film Weekend. He is currently working as a writer, director and executive producer on the HBO series Looking.