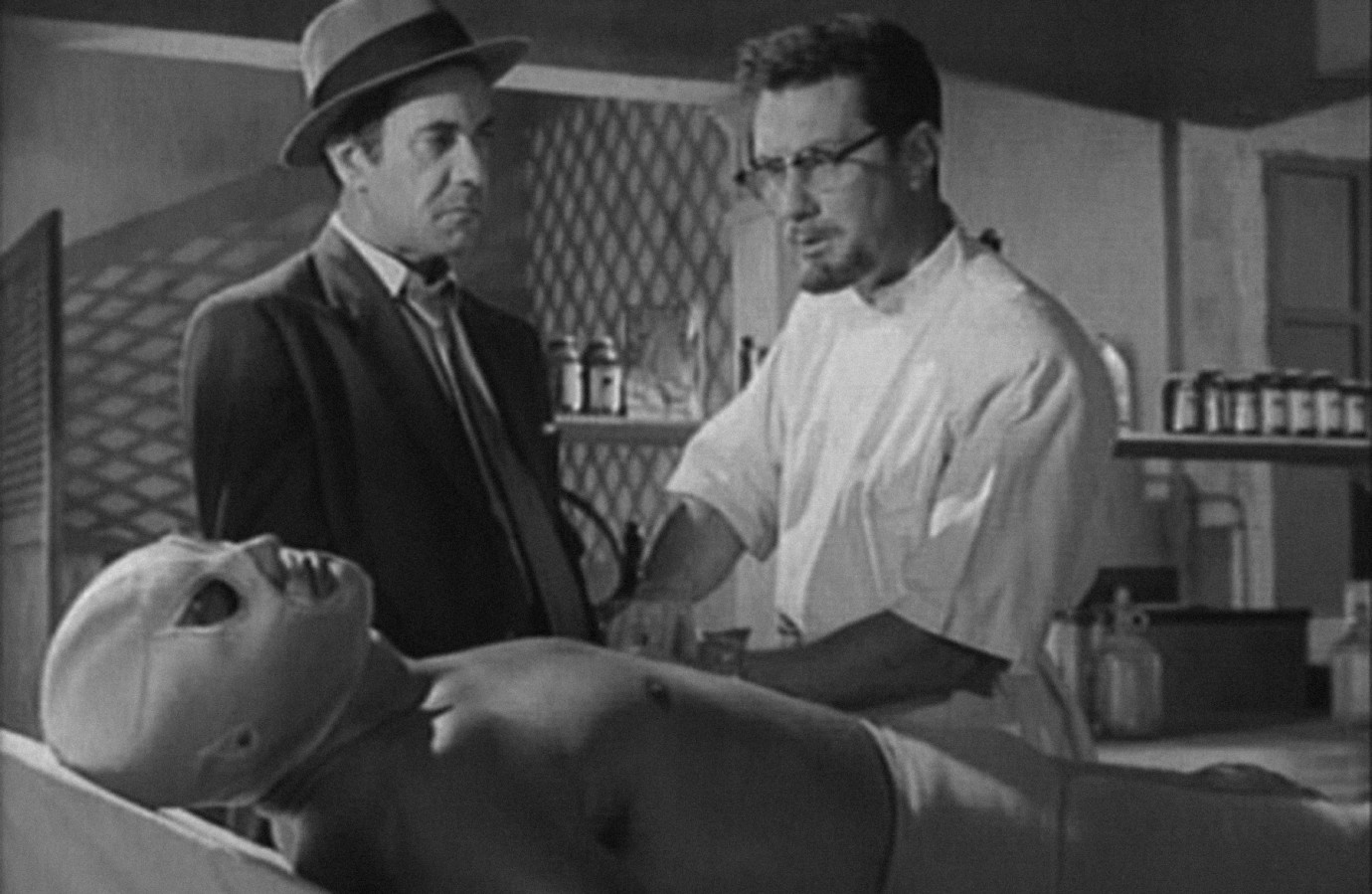 © Jorge García Besné Calderón colection Permanencia Voluntaria Film Archive
Rodolfo Guzmán Huerta alias El Santo was one of the most famous luchadores in Mexico, contributing greatly to the hype around the sport. In his forty-year career as a wrestling superstar and actor, he never once took off his iconic silver mask and was even buried in it. Even today, Santo is a legend, thanks in part to a series of superhero comics. Outside the ring, he also fought zombies, vampire women, mad scientists and monsters across both formats. In his first film, Cerebro del Mal, he was still referred to as ‘El Enmascarado’. Rendered compliant by a scientist and his gangsters via a serum and mysterious rays, he is forced for the opening act to be a henchman for the evil forces who want to take over the world. The film has great historic value, due also to its impressive exterior shots of pre-revolutionary Cuba.
The Permanencia Voluntaria Film Archive, where many copies of the popular luchador films were held, was heavily damaged in the massive earthquake that struck Mexico in 2017. A restored version of Cerebro del Mal has now been prepared in collaboration with the Academy Film Archive, allowing an important piece of Mexican pop culture to return to cinemas.
by Joselito Rodríguez
with El Enmascarado, Joaquín Cordero, Norma Suárez, Enrique J. Zambrano, Alberto Inzúa, Fernando Osés, Enrique Almirante, René Socarrás, Mario Texas Mexico / Cuba 1959 Spanish 73’ Black/White

Born in Mexico City in 1907. He developed what was at the time the lightest portable sound equipment, weighing just twelve pounds. The first recordings using his equipment took place in Mexico in 1929, and Joselito Rodríguez began marketing his technology as the Rodriguez Bros. Sound Recording System. He directed his first film in 1940, and subsequently worked on numerous films as director and screenwriter. Joselito Rodríguez died in Mexico City in 1985.