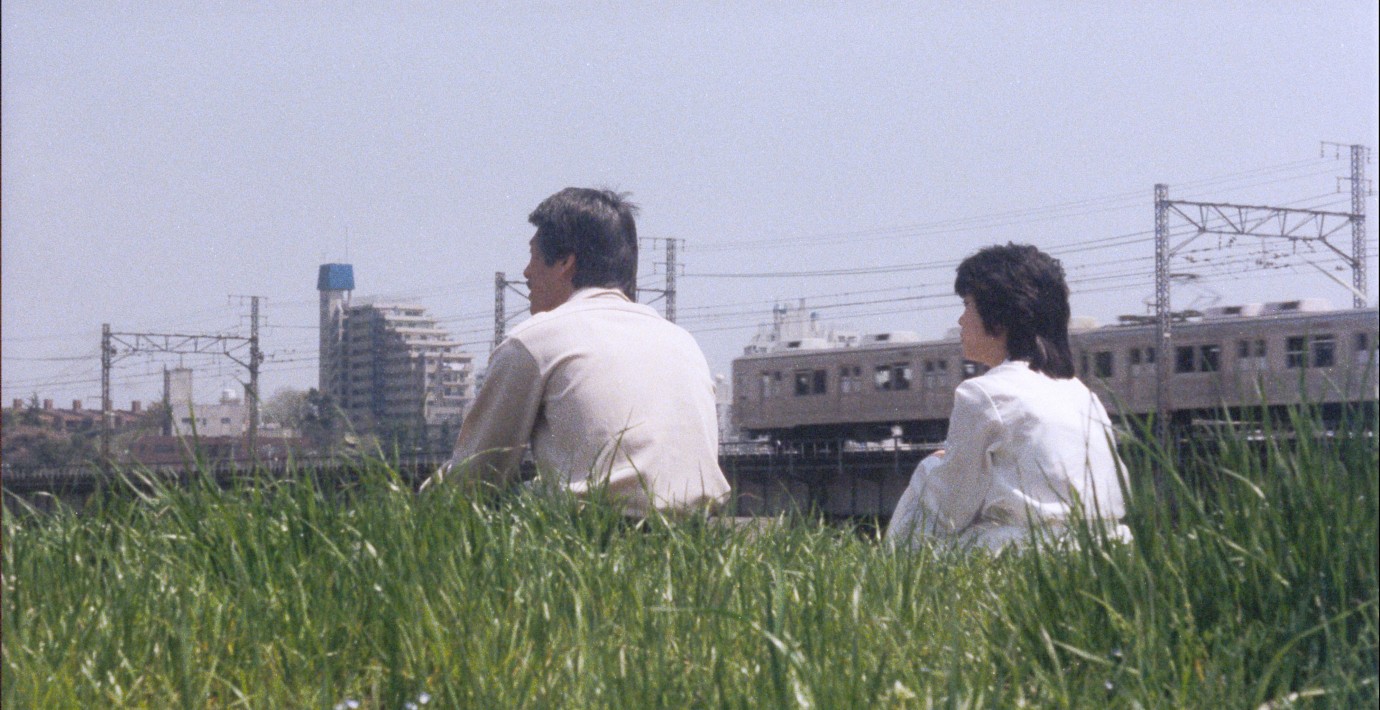 © 2018 Kokuei / Rapid Eye Movies
The debut film of the future director of hit international comedy Shall We Dance? (1996) follows the antics of the five members of the model middle-class Mamiya family after the latest arrival into the household, the voluptuous new bride Yuriko of the over-sexed eldest son Koichi. Younger brother Kazuo sees his new sister-in-law as a possible source of release from study stress, while his sister Akiko dons her office lady uniform every morning and slips out of her family’s eyesight with a cheery smile, before heading straight to a workplace that offers much more in the way of financial incentive than the office. Meanwhile, their father remains a silent fixture behind his newspaper, nodding sagely at the head of the table, while waxing wistfully about the owner of the local bar who reminds him of his dead wife.
Shooting from his own script, Suo’s only ever pink film is a bawdy pastiche of the works of Yasujiro Ozu, presenting the members of this far-from-typical family through idiosyncratic editing and compositional style of the Grand Master of the Japanese domestic drama. The results are amongst the wittiest and entertaining in the entire history of "pinku eiga".
by Masayuki Suo
with Usagi Aso, Hakuhiko Fukano, Rara Hanayama, Kaoru Kaze, Ren Osugi, Shiro Shimomoto, Kei Shuto, Miki Yamaji Japan 1984 Japanese 63’ Colour

Born in Tokyo in 1956. He began his career in the early 1980s as an assistant director to Takahashi Banmei and Kiyoshi Kurosawa. In 1984, he directed his only ‘pink film’. He went to make a number of feature films, landing a global hit with the tragicomedy Shall We Dance? (1996).