© River’s Edge Film Partners, TAKARAJIMASHA / Kyoko Okazaki
Tokyo, 1994. In a video interview a young woman discusses the significance of a teddy bear. Shortly afterwards, a burning object falls from a high-rise building at night. A young man, naked and bound, falls out of a locker. Two fisherman talk about a water spirit. In his unusual drama River’s Edge Isao Yukisada lays many trails and jumps as abruptly and unpredictably between the various narrative threads as do his characters: Ichiro is gay; he is preyed upon by his violent fellow pupils but seems to draw strength from his injuries. He makes a gruesome discovery at a nearby river polluted by industrial waste and shows it to his best friend, a girl named Haruna. Kannonzaki loves rough sex and in the course of it transgresses more and more boundaries. An introverted girl obsessively reads her pregnant sister’s diaries and Kozue, a model with bulimia, buries herself in mountains of food at night. All these and other stories are brilliantly interwoven into a breathless social portrait of a driven but apparently lost generation and their seemingly unavoidable encounters with violence.
by Isao Yukisada
with Fumi Nikaidou, Ryo Yoshizawa, Aoi Morikawa, Shuhei Uesugi, Sumire, Shiori Doi Japan 2018 Japanese 118’ 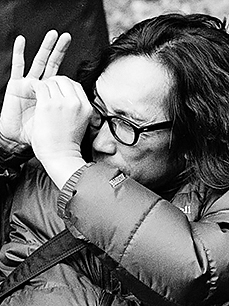 Born in Kumamoto Prefecture, Japan in 1968. His feature film debut Sunflower won the Fipresci Prize at the 2000 Busan International Film Festival. Go was nominated for over 50 international awards while Sekai no Chûshin de, Ai o Sakebu (Crying Out Love in the Center of the World) reached an audience of 6.2 million, making it Japan’s most commercially successful film of 2004. Parêdo (Parade) screened in the 2010 Panorama and won the Fipresci Prize at the 60th Berlinale. Alongside his film work, he also directs theatre. River’s Edge is his fourth film to appear in Panorama.