© DianaToucedo Films, Lasoga Films
In O Courel in Galicia, Spain, the dead dwell amongst the living. The film opens with images of a deserted mountainous region and picturesque villages over which a female voice begins her narration. But from the outset, her documentary commentary should not be trusted. Suddenly, images of people’s faces loom into extreme close-up as the inquisitive camera begins to observe their everyday rituals. This is a community for whom tradition is shrouded in myths and legends about wolves, the undead and missing women – and All Saints’ Day is by no means the only time that these phenomena put in an appearance. But the film also shows us a more down-to-earth side of life in O Courel, as we learn the proper way to pluck a chicken, work with slate slabs, collect chestnuts to sell, or how to hunt and skin a wild boar. In her composed and beautifully observed film, director Diana Toucedo deliberately sets up red herrings in order to blur the border between real village life and invented stories, religion and superstition, true histories and dramatised ones. The dead are amongst the living, and some of the living have suddenly disappeared.
by Diana Toucedo
with Alba Arias, Samuel Vilariño Spain 2018 Galician, English 80’ 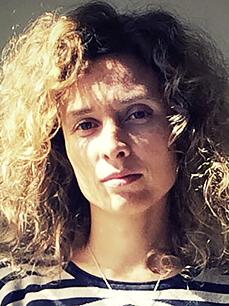 A director and editor who lives in Barcelona. To date she has edited 16 feature-length films, the most successful of which has been La noche que no acaba (All Night Long), directed by Isaki Lacuesta. The film premiered at the 2010 San Sebastián film festival and won numerous awards at international festivals. As a director, she has made short documentaries and experimental films. Trinta Lumes (Thirty Souls) is her feature film debut. She also lectures in editing, including on the post-graduate programme at Pompeu Fabra University in Barcelona.