© Filmbin / Bjørn Bratberg
‘Then I do my solo, you hit the drums. I mean it. We’re going to be legends. We’ll change rock forever.’

Even when they were young, best friends Axel and Grim dreamed of making musical history with their band ‘Los Bando Immortale’. One day they receive an invitation to take part in the Norwegian Rock Championship – and suddenly it seems that anything is possible. The only problem is, Axel can’t sing. And because Grim can’t bring himself to tell the truth, they end up on a musical road trip to the far north – along with Thilda, a 9-year-old cellist, and Martin, a rally driver. When they find themselves caught up in a hair-raising car chase, it becomes clear that the journey symbolizes an escape for each of them. With every passing kilometre the group of youngsters grows closer, heading triumphantly for the grand finale.
by Christian Lo
with Tage Hogness, Jakob Dyrud, Tiril Marie Høistad Berger, Jonas Hoff Oftebro, Nils Ole Oftebro, Frank Kjosås, Ingar Helge Gimle, Vera Vitali, Hans-Erik Dyvik Husby, Stig Henrik Hoff, Ine Jansen Norway / Sweden 2018 Norwegian, Swedish 94’ Colour empfohlen ab 9 Jahren 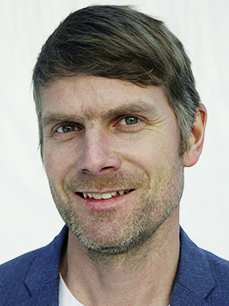 A director of children’s films, he was born in Lillehammer, Norway in 1977 and studied directing at the Surrey Institute of Art & Design, completing his degree in 2001 with the short film Punktert (Punctured). His feature film debut Bestevenner (Rafiki) premiered in the 2010 Generation section of the Berlinale. Both this film and his second feature, De tøffste gutta (The Tough Guys), screened at festivals around the world, won a number of awards and have been widely distributed. He aims to tell stories which are both entertaining and challenging and treat his young protagonists fairly and with great compassion. Los Bando is his third feature film.