© 2020 Productions Ltd / Louis Brennan
Wrapped in a blanket, Ema and her younger brother Adi are standing by the window. It is snowing in the besieged city of Sarajevo. Gunfire thunders in the distance. Bucket after bucket they haul snow into the bathtub, to provide water for the family, dreaming of bread with jam, playing boisterously in the courtyard. In a bombed-out building nearby, snipers lurk with loaded guns. A sensitive, yet non-protective observation of childhood in times of war.
by Christopher Villiers
with India Tanović, Hadrian Tanović, Izudin Bajrović, Saša Krmpotić, Amar Čustović, Davor Golubović, Elza Gradaščević Bosnia and Herzegovina / United Kingdom 2017 Bosnian 15’ Colour empfohlen ab 12 Jahren 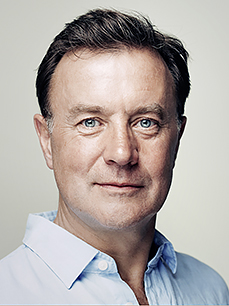 Born in London, UK in 1960, he comes from a family of filmmakers and is an actor, screenwriter and playwright as well as a director of film and theatre. He founded and leads 2020 Casting, one of the UK’s leading film and television casting agencies and passes on his experience in this area in masterclasses and workshops.