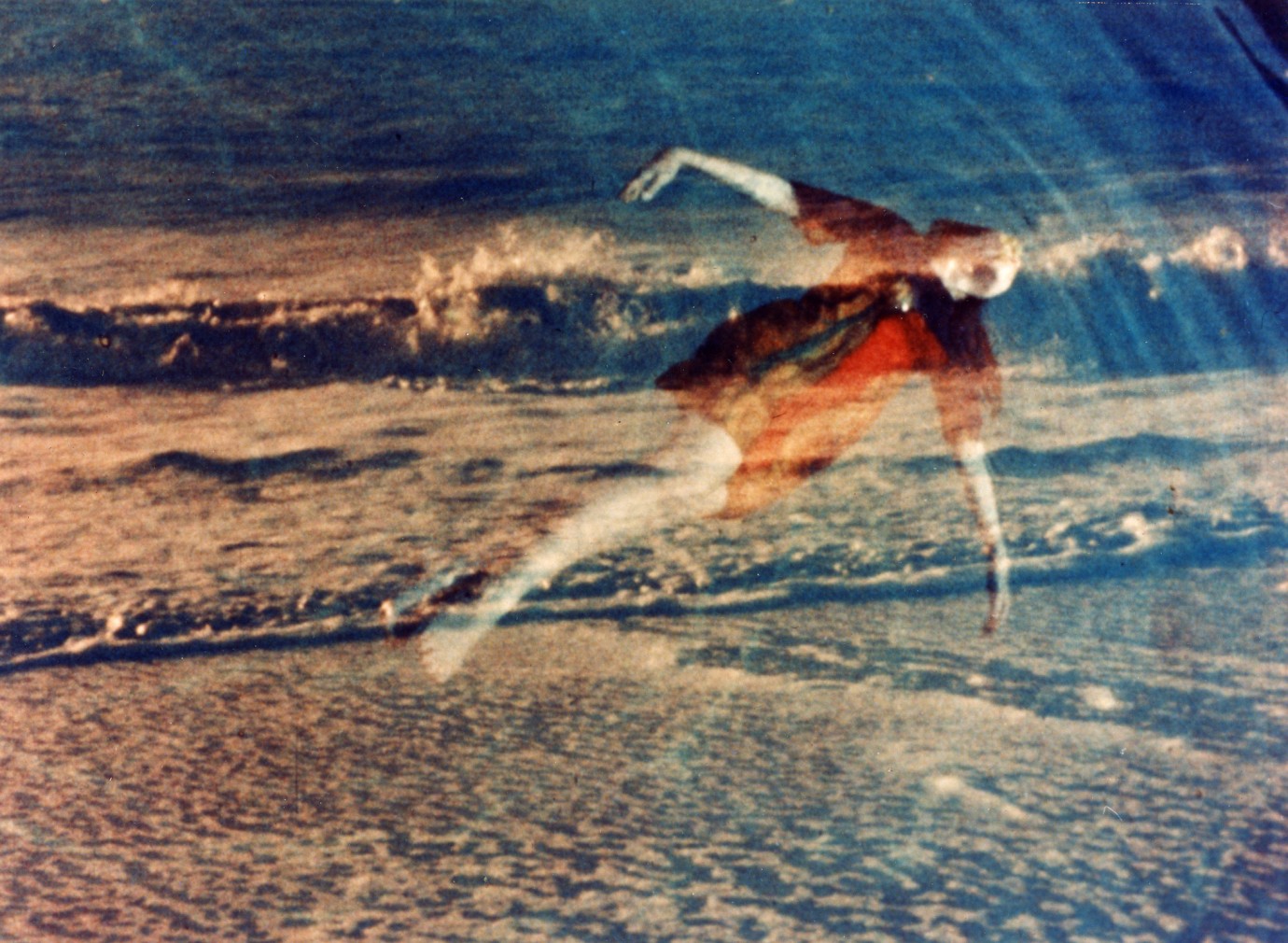 Memories of the bodies of others, a look at one’s own body: ‘A dream of myself, the consequences of the act with society’, as Dore O. described her film, which features a soundtrack composed of droning violin, blow dryer and assorted sounds taken from the ‘Concord Sonata’ by Charles Ives.
‘Dore O.’s Alaska is a beautiful film, which makes us suspicious of it. Alas, beauty has a catch. It is only the surface, behind which dread and fear are concealed. For Dore O. beauty is a part of reality. For her there exists a beauty of fear, as for Genet there exists a beauty of murder. Alaska is a filmed dream, one without crude metaphors borrowed from psychoanalysis that rationalise the dream and open it up to interpretation. Alaska is a film that resists all interpretation, insisting on being experienced instead.’ Klaus Bädekerl, Filmkritik 5/1969

Alaska was digitalised by ARRI based on and using the 16mm print from the archive of Deutsche Kinemathek – Museum für Film und Fernsehen. We would like to thank ARRI for their support.
by Dore O. Federal Republic of Germany 1968 Without dialogue 18’ Colour & Black/White

Born in Mülheim an der Ruhr, Germany in 1946, she is a filmmaker, painter and photographer who studied design in Krefeld as well as painting in Hamburg and Perugia. She has been working in film since 1967 and is co-founder of the Hamburger Filmmacher Cooperative. Her films have screened at national and international festivals and her work has featured in retrospectives at numerous museums and cinematheques.