Set in the coldest waters surrounding Newfoundland’s rugged, breathtaking Fogo Island, Justin Simms’ short film Hand. Line. Cod. follows a group of traditional fishers who catch northern cod live by hand, by hook and line, one at a time. Their passion and livelihoods are intimately connected to the water. while their goal is to drive up the price of fish - the exact opposite of what’s been happening since the introduction of industrial fishing practices 50 years ago. Now, using proven techniques from centuries past, these fishers are leading a new revolution in sustainability, taking their premium product directly to the commercial market for the first time. Hand-lined cod fillets are making their debut in Toronto’s finest restaurants, where the city’s top chefs clamour for premium fish. Hand. Line. Cod. takes viewers deep inside the world of the brave fishers who return to past methods that hold tremendous potential for the future while travelling with them from the early morning hours and witnessing the intricacies of a 500-year-old tradition that’s making a comeback in order to bestow the greatest honour they can give to any creature taken from the ocean.
by Justin Simms Canada 2016 English 13’ Colour Documentary form 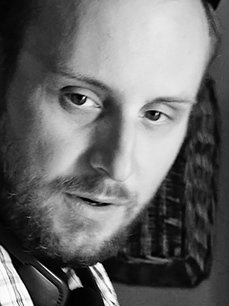 In his work, Canadian filmmaker Justin Simms is especially focused on sharing the Newfoundland experience with a wide range of audiences. For the National Film Board of Canada, Simms directed Danny, which portrays Newfoundland’s former premier Danny Williams, and the award-winning docudrama Hard Light. In 2016, he directed the six-episode anthology series Sex in Cars along with his third feature film, Away from Everywhere, which screened at the 2016 Cannes Film Festival.