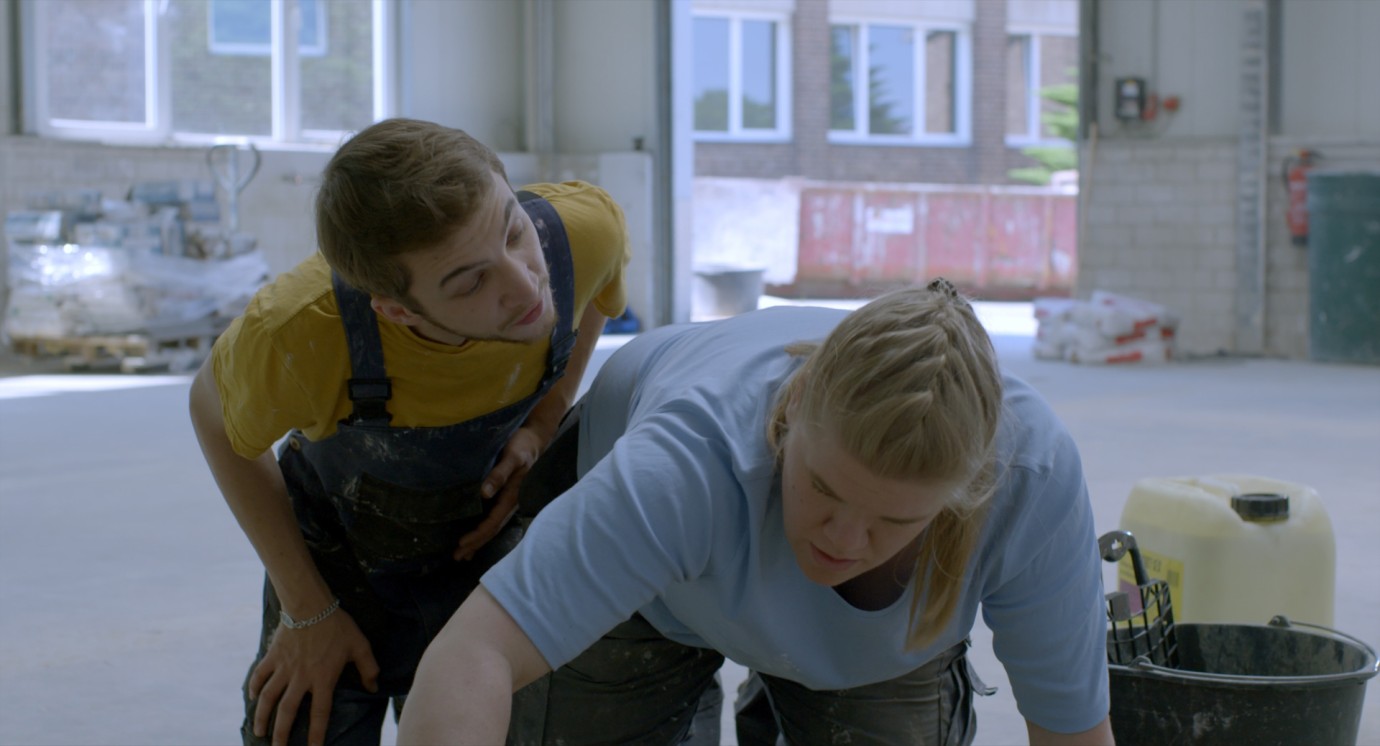 © Clara Rosenthal
Gabi is amazing! Not because she spends almost all of her very long days on the building site and could probably push a nail into a concrete wall with her bare hands, but because she’s the best tiling master that her apprentice Marco could have wanted.
During the last couple of weeks Marco has been rehearsing with Gabi how to finally split up with his girlfriend. He has explored all the angles: the sympathy ploy, the macho number and the-man-who-understands-women-pose, and at least three, sometimes up to six subvarieties of these themes. But it’s not exactly been a resounding success. At least not as far as Marco is concerned. Gabi on the other hand, who embarked on all of this quite casually, begins to see how their game could help her to combat both the enduring emptiness in her own life and the constant pressure she experiences from all sides.
Director Michael Fetter Nathansky describes Gabi as an attempt to find a way of expressing on film the things that have often been said but failed to change anything, the things that have never been said, and everything which will probably never be said in the future, either.
by Michael Fetter Nathansky
with Gisa Flake, Florian Kroop, Britta Steffenhagen, Martin Neuhaus, Dela Dabulamanzi, Werner Prieß, Anja Karnstedt Germany 2017 German 30’ Colour 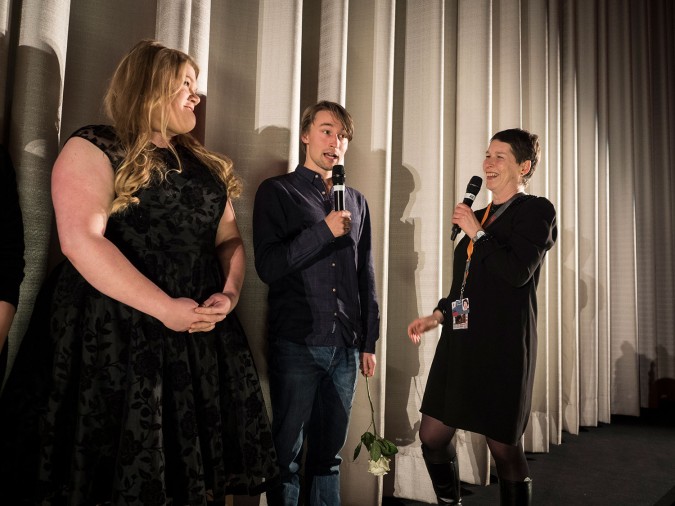 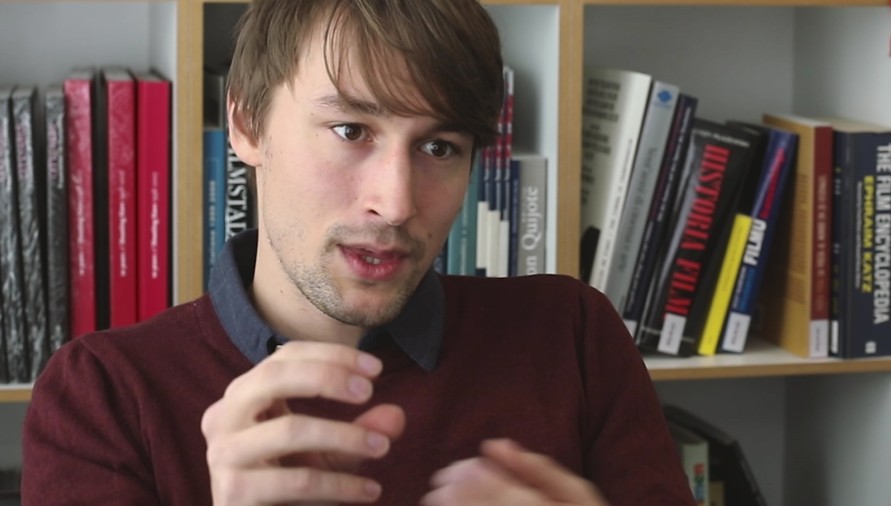 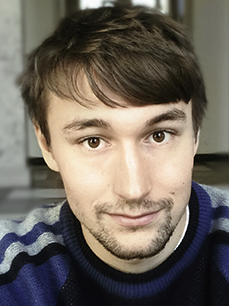 Born in Cologne, Germany in 1993, he grew up in Germany and Spain. Since October 2013 he has been studying directing at the Film University Babelsberg Konrad Wolf. He has made several films which explore the limits of fictional and non-fictional film. They include Kurtsky – Die Eintagsfliege (Kurtsky), a cooperation with German broadcaster rbb, which screened at the DOK Leipzig Festival in 2014.