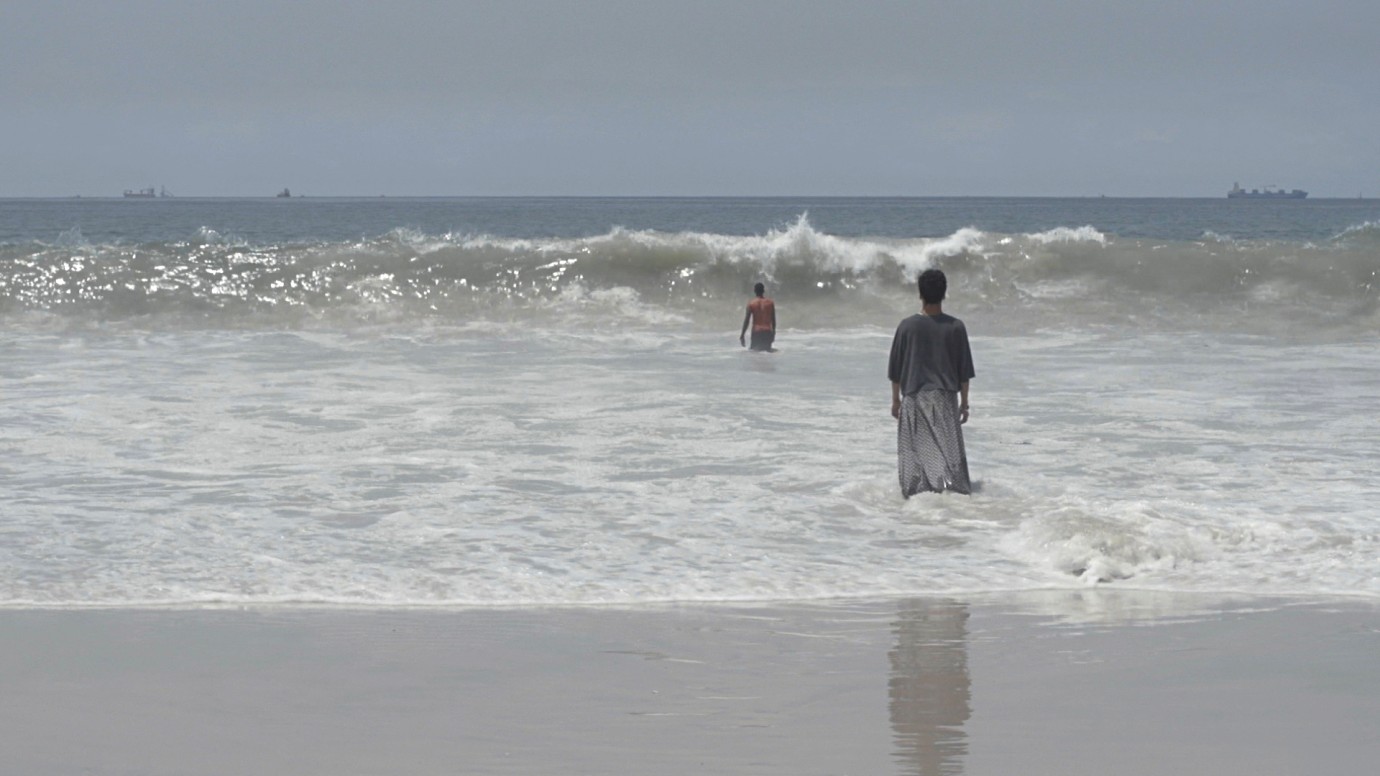 © 2017 Jukka Studios / Emmanuel Trousse
Endless are the waves breaking upon the beach. A person comes into frame: Dark skin, long hair, black pants rolled up just above the ankles, barefoot. With slow but determined steps, like a sleepwalker, as if under the spell of a siren, the individual approaches the sea and wades in. As the water rises above the first person's knees, another follows. Then a third. A suspicion grows that the cycle is never-ending.
by Emmanuel Trousse Monaco 2017 11’ Colour

Born in Monaco in 1984, he began as a street photographer before quickly moving into other media including video, performance and installation. He participated in Berlinale Talents in 2010. Sirens has already featured in numerous exhibitions and festivals including the Dak’Art Biennale of Contemporary African Art, the Lagos Photo Festival and the New York Photo Festival. He was also involved in the production of Love by Gaspar Noé which premiered at the 2015 Cannes International Film Festival.