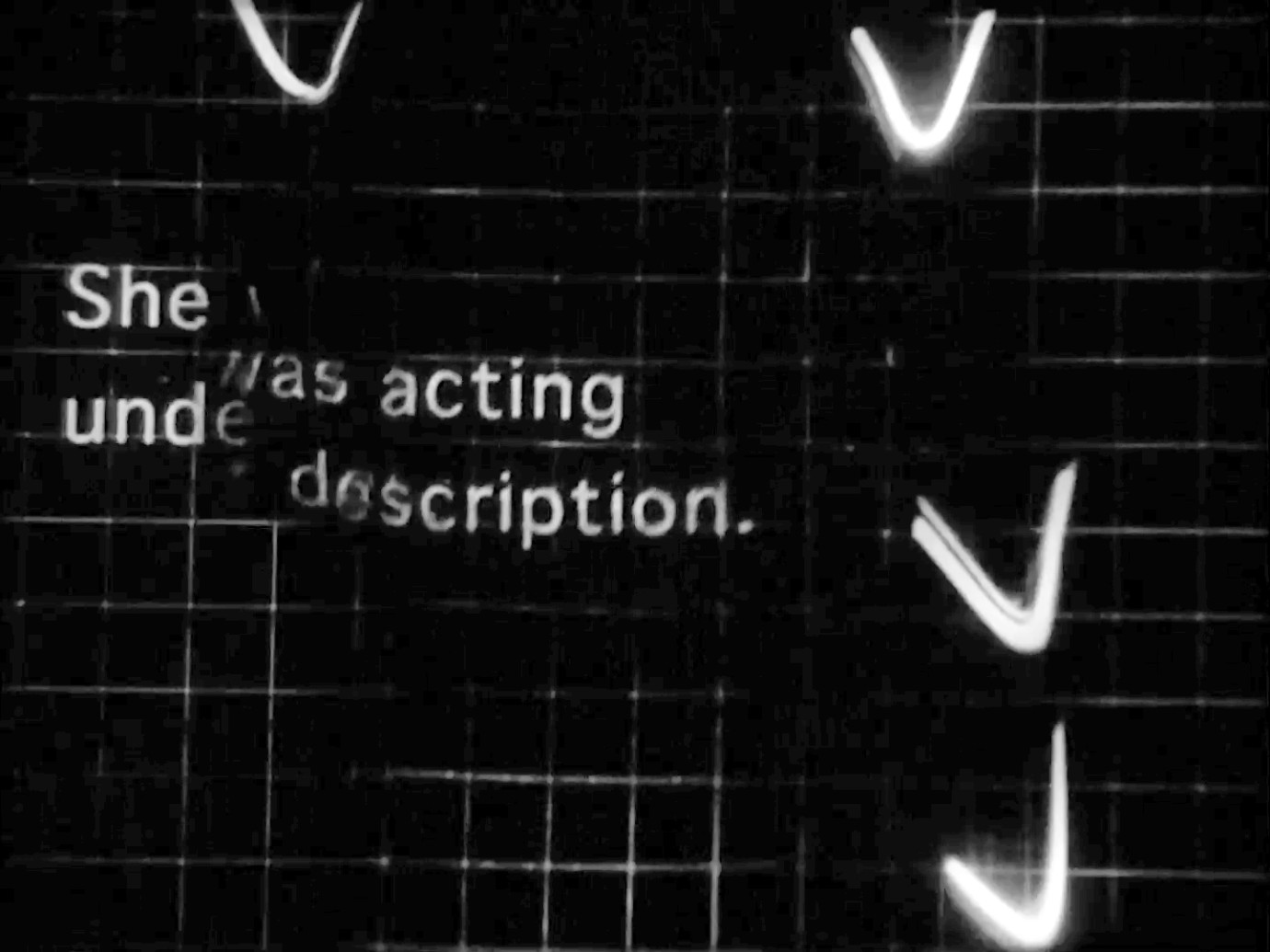 © Kerstin Schroedinger
Framed by a grid, an elusive figure performs a number of movements, leaving traces of light on the film emulsion, while short texts are projected onto the figure, obscured by the uneven surface of its body.

“In music, a fugue is defined as a contrapuntal compositional technique in two or more voices. It builds on a motif that is introduced at the beginning in imitation and recurs frequently in the course of the composition. Fugue is a formal and physical experiment in order to understand the relationship between image, sound, and movement. The movements and the setting are informed by motion studies that were conducted and filmed at the beginning of the 20th century with the aim to use film making for analyzing motions of manual mechanized labor as well as concepts of biomechanics that elaborate the relation between body and mind as a form of actor’s training. In the film, the movements that are recorded are also printed on the part of the film strip that is read as optical sound by the light sensitive sensor of the projector. What you hear is what you see. The image recurs as movement and the movement recurs as sound.”
Kerstin Schroedinger
by Kerstin Schroedinger Germany / Canada 2015 8’