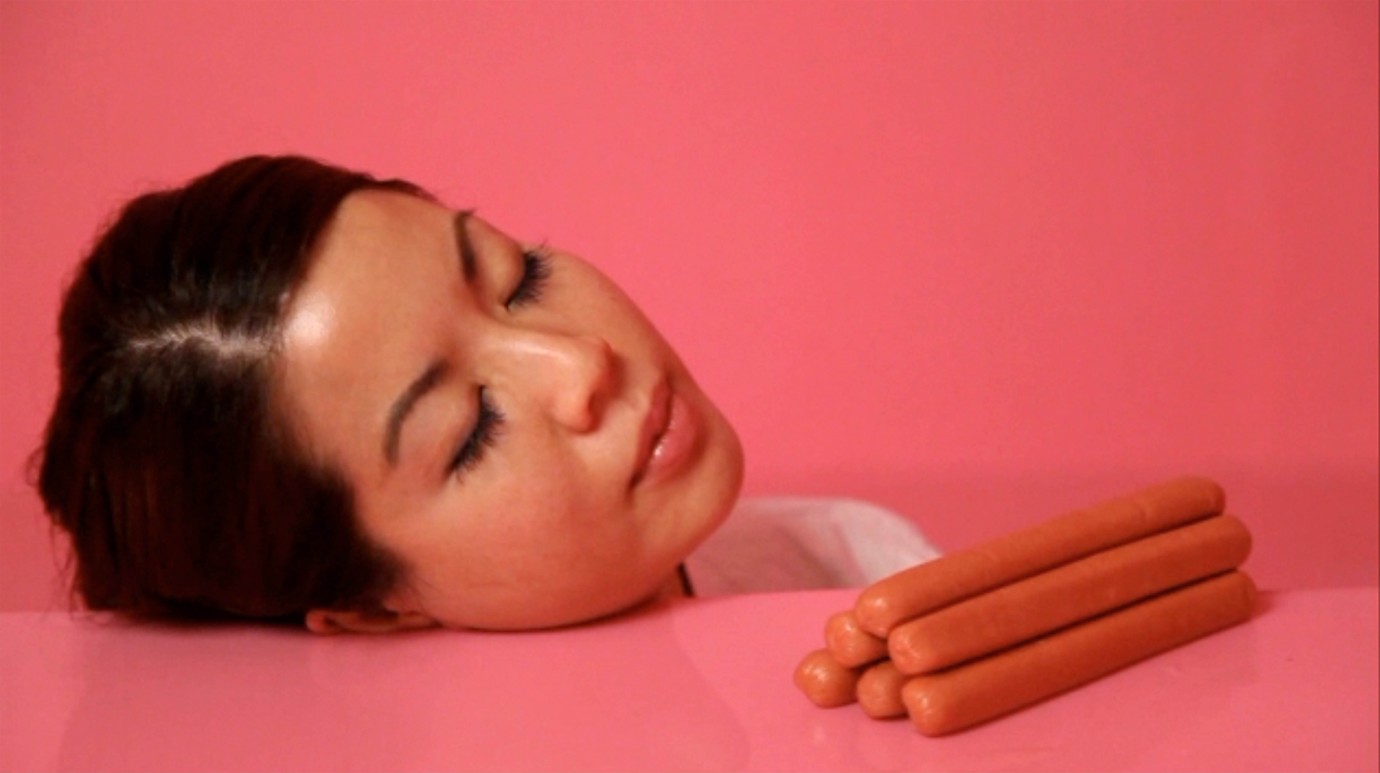 © Jen Liu
The Pink Detachment is an update of “The Red Detachment of Women” (1964), a Model Opera from China’s Cultural Revolution. In the original, a beleaguered peasant girl joins an army of women to produce revolution for the masses: their ‘product’ is all-Red. Here, both protagonists and end-product are revised. The protagonists are an accident-prone worker and a ballerina-manager who has the tools to alleviate the worker’s problems. The product is pink hot dogs. Within this revised framework, portions of the original music and choreography have been preserved.
At the center of the piece is the color equation, Red + White = Pink, from which multiple parallel meanings emerge. The first is the old term “pinko,” meaning a watered down Communism, or a liberal with uncommitted Red sympathies. The second is a proposal to solve future crises in meat supply by re-valuating hot dog and sausage production as a solution, by integrating ‘undesirable’ portions of pig with the ‘desirable’ portions, embodying perfect equivalence in consumable form. And the third is pink as femininity – not as a ‘natural’ fleshy softness, but rather a synthetic, engineered (and potentially violent) hybridity.
by Jen Liu
with Katharine Liu, Mayu Oguri, Eli Condon, Jasmine Hong USA 2015 20’ 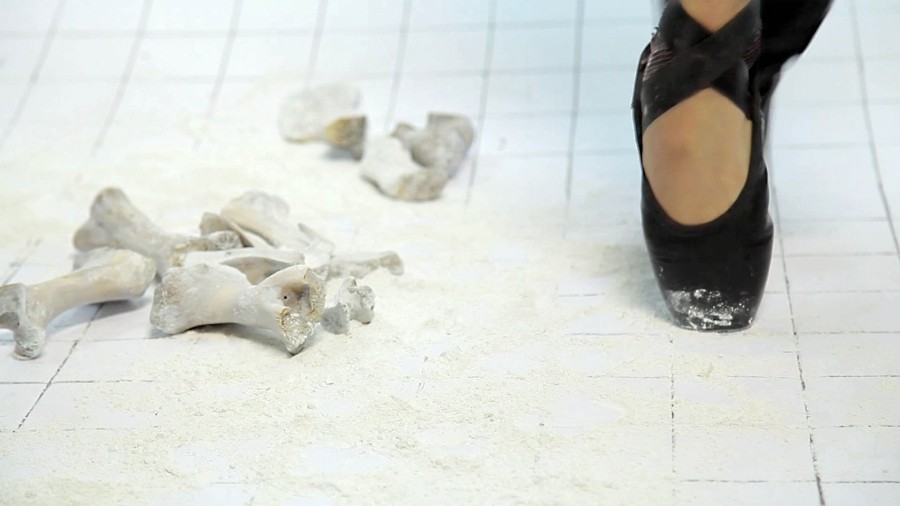