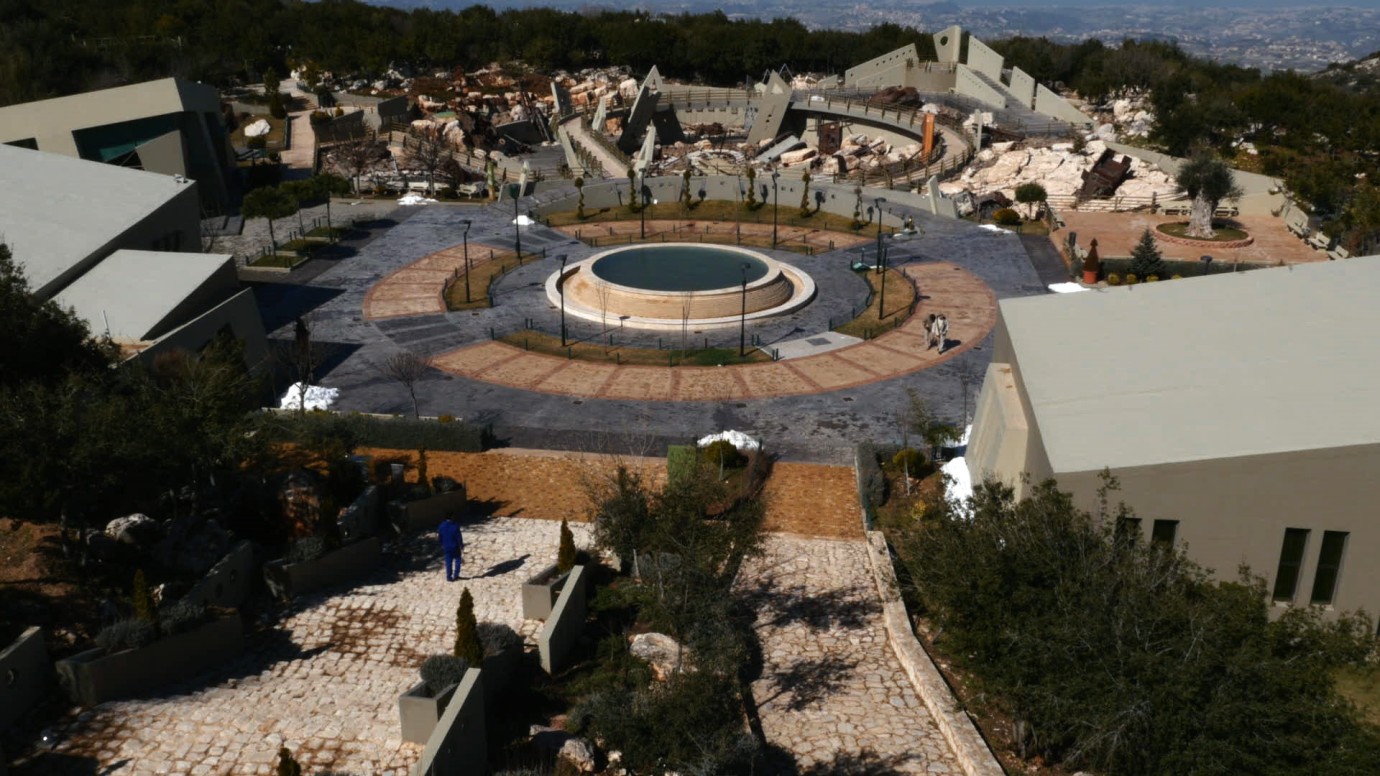 Sandra Schäfer © VG Bild-Kunst, 2016
During the Israeli invasion of southern Lebanon (1982-2000) the mountain Mleeta was right in the middle of the occupied zone. 35 km from Israel to the south and 40 km from Syria to the east, Mleeta provided Hezbollah with a haven and thus was also a site of real struggles.
Today the “Museum of Resistance” can be found at the tip of Mleeta, a propagandistic re-enactment that reproduces landscapes and military scenarios. Visitors to the building, which is set up in the style of a theme park, assume the role of both observer and performer. In an auditorium, lavishly produced films dramatically tell the history of the past battles, and guns and other weapons are integrated into the museum’s architecture.
The installation Mleeta examines the script of the theme park with its perspectives, stagings, and narratives and concentrates on creating affective perception.
by Sandra Schäfer
with Amer Mohtar Germany 2016 12’