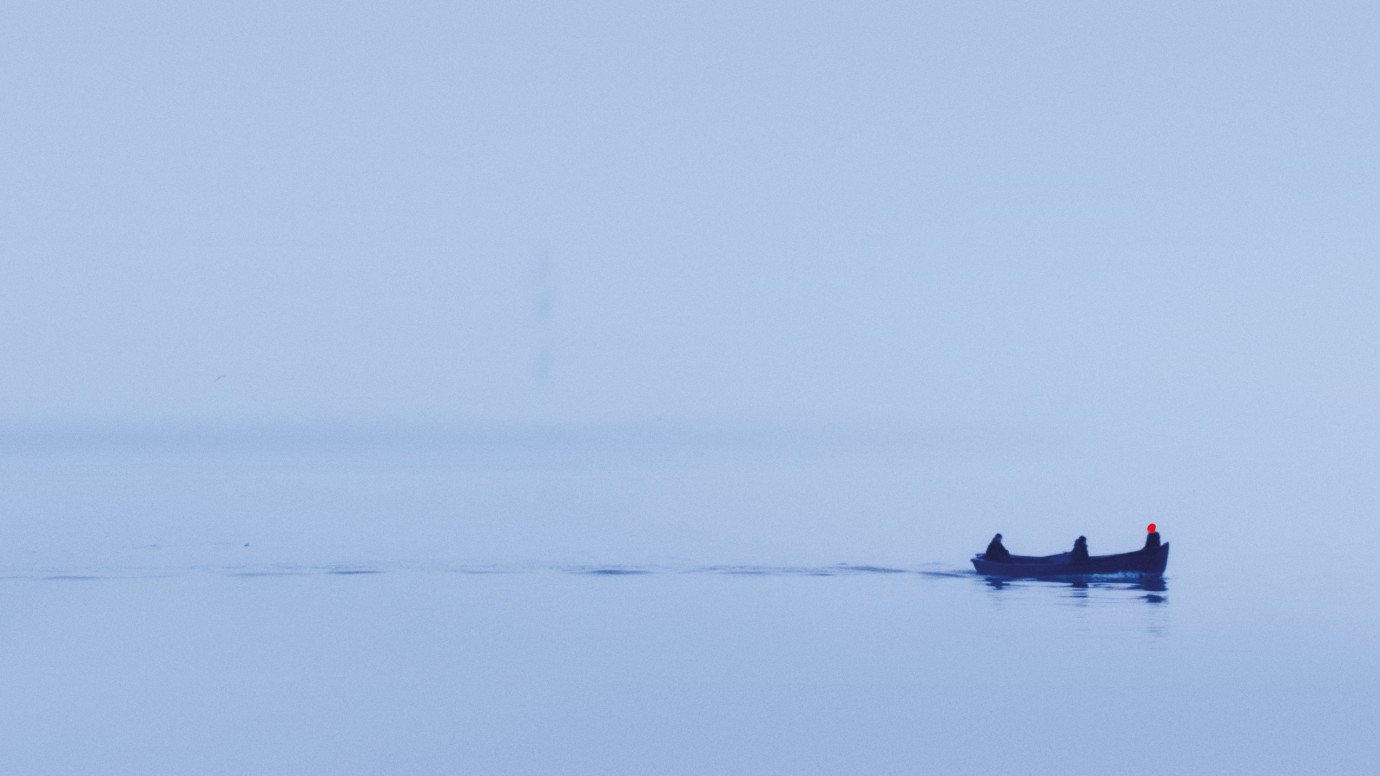 Mariupol lies in eastern Ukraine, where the Kalmius river flows into the Sea of Azov. The city, which is centred round the steel works, seems calm but the encroaching conflict between pro-Russian rebels and Ukrainian government forces is tangible everywhere. A theatre ensemble is rehearsing a piece to commemorate Victory Day on 9 May; as they put their hearts into practising their song and dance routines, they hope their city will not be seized on the opening night. The daughter of a cobbler tries her hand at being a war reporter in front of a camera while her father discusses his faith with his female customers. The fishermen hope, as usual, for a good catch. In spite of the explosions that can be heard all around the city’s perimeters, life goes on, accompanied by the pealing bells from the Orthodox Church and the squealing of the tram.
Following his sensitive and moving film Barzakh (Panorama 2011), which depicted the search for a man gone missing in Chechnya, director Mantas Kvedaravicius trains his camera once more on a conflict zone and observes and accompanies the people who live there. Everyday life develops a poetry of its own, which occasionally can seem absurd.
by Mantas Kvedaravicius Lithuania / Germany / France / Ukraine 2016 96’