"Bang!" – white on black. A man in a shiny velvet one-piece stomps through a sunny garden, enters a house and walks back out again. The swaying camera seems to share the sheriff's discomfort. Is the dead man in the house a certain Duncan Ross, or is it Hilary, a painter from New York who is pretending to be Duncan Ross?
Bakersfield, California. A telegram from the missing painter brings together Jane, a former lover of his, and Rhonda and Sten – the latter a collaborator? Sheriff Shaw attempts to uncover the potential conspiracy. So much to the story then, since the announcement soon comes that "The plot is now resolved and other parts of the movie can breathe easier."
Offer Egozy's remarkable debut was shot on 35 mm and strings together individual scenes into a rich tapestry, creating atmospheres that increasingly replace the plot of the detective story. As the criminal case drifts further into the background, the editing, acting, costumes, camerawork and props continually work towards flaunting the story’s artificiality, its synthetic nature, its obvious construction: a film noir deeply rooted in film history that continuously deconstructs and re-assembles itself.
by Offer Egozy
with Alexandra Anthony, Persephone Apostolou, Eddie Kehler, Sam Littlefield USA 2016 76’ 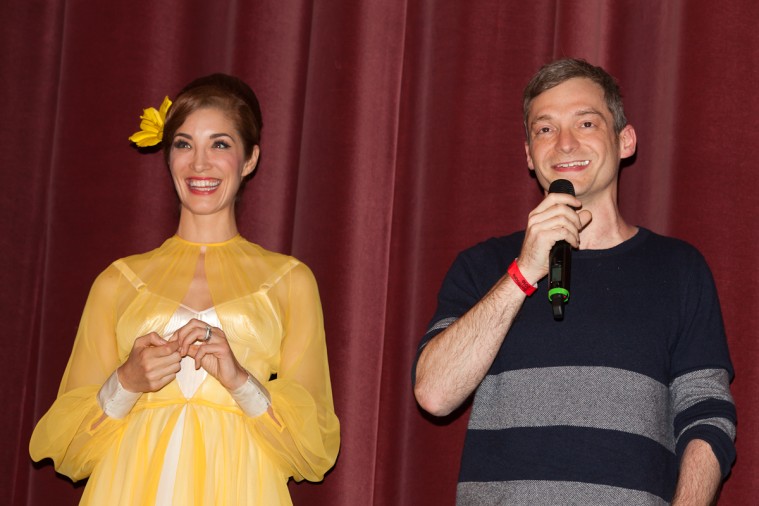