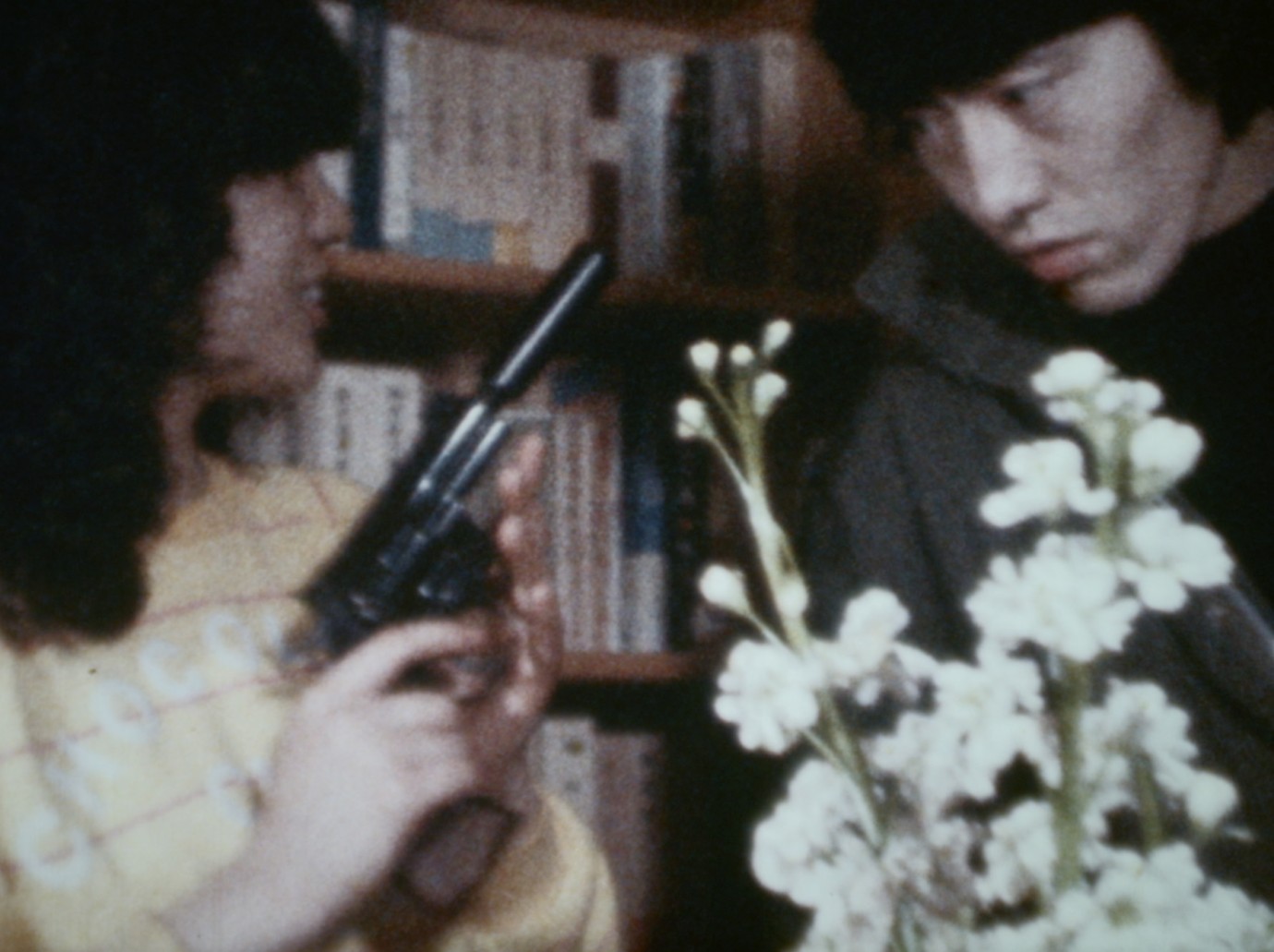 Outsiders, criminals and prostitutes populate the oeuvre of Masashi Yamamoto, whose 1982 Carnival in the Night also made a name for him outside of Japan. Two years before, he made the largely unknown 8 mm feature Saint Terrorism, which anticipated the nihilism and disgust for society evident in his later films. A girl who lives alone and wears a pink and yellow outfit shoots innocent people seemingly at random through her white handbag. One of her victims comments on his murderer's moral conduct from the other side in a stifled voice: "Just look at her angelic face." The girl confesses to a stranger that she’s bored of shooting. When she meets burglar and poisoner Nami, the two of them swap her revolver for poison, with fatal consequences for the Shinjuku apartment building where the film's protagonists live: a father who feeds the penguins at Ueno Zoo; two prostitutes and their partners/pimps with whom they appear in a sex show; an older man who stares at the night sky through a telescope; uniform-wearing cult members who were spotted previously taking away bodies. A daily newspaper announces: "Globalisation is hitting Japan."
by Masashi Yamamoto
with Rubi , Shigenari Sugawara, Mikiko Tsunoda Japan 1980 127’