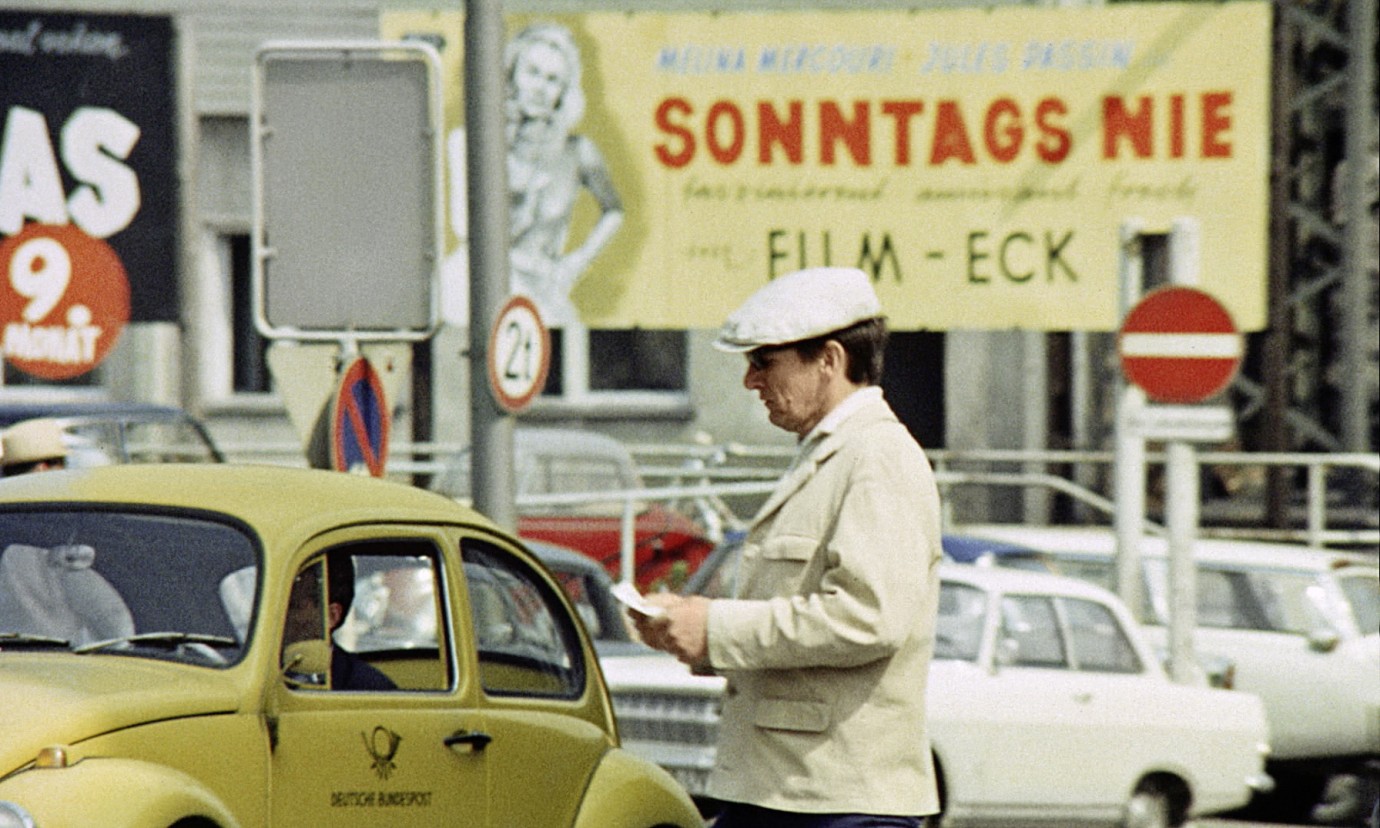 Source: Filmmmuseum München, © Pepe und Madeleine Kristl
“T. finds a letter. Instead of just dropping it in a mailbox, he decides, conscientious as he is, to deliver it personally. He wanders the entire world, discovers astounding forms of existence, but cannot be hindered from his duty and keeps looking until he finally finds the address. There, he finds out that he has delivered his own judgement.” That was the synopsis experimental filmmaker Vlado Kristl wrote for the subsidy organization Kuratorium junger deutscher Film (“Curatorship for Young German Film”). And drawing on that brief description, he made an anarchic revue of coarse jokes, rants and raves, and rousing fisticuffs, with almost all the filmmakers living in Munich participating and the city itself presented as a civil war battlefield. Der Brief is “a physical strain, an intellectual delight” (Helmut Färber, 1967) not least of all thanks to the constant pans and zooms of completely unleashed hand-held camera work, which sometimes seems inspired by the leaps and bounds of a rubber ball. “Two years ago, the film was better. It gets worse year after year!” Kristl complained at the premiere. As it says at one point in Der Brief “Of course, a joke is the height of seriousness”.
by Vlado Kristl
with Vlado Kristl, Horst Acher, Horst Manfred Adloff, Peter Berling Germany (Federal Republic from 1949) 1966 82’