From the Notebook of... 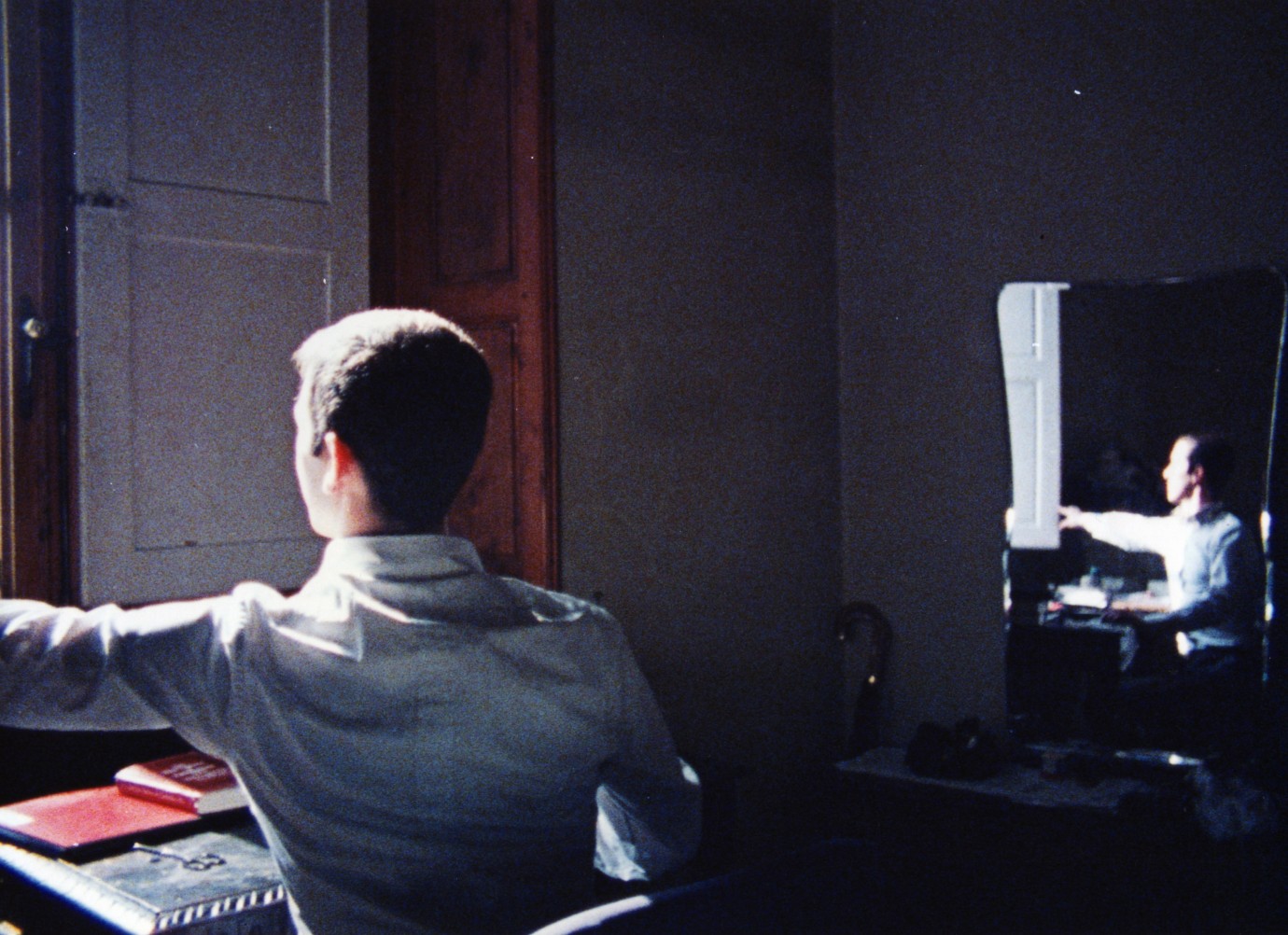 © Robert Beavers
“Leonardo’s notebooks and Valéry's essays on Leonardo's creative method inspired my filming in Florence. I filmed myself observing various locations in darting camera movements, then I reflected on the details and placed them within my ‘notebook-film’. [...]
From the first scene [...] the film’s image and sound develop through a series of metaphors. The matte moving in front of the camera plays between the horizontal notebook and vertical window, turning like a page or a window shutter. One of the central points of inspiration was Leonardo's notation of shadows. I used the surface of my notebook and desk to translate some of his observations and discovered the shadow as a place for sound. There is a constant shift between the different ways of seeing images and reading a text. The film is a hybrid between sound and silence; each of my written notes in the film is an occasion for the spectator to reflect on his or her own voice.”
Robert Beavers

From the Notebook of... is presented in a 35mm print restored by the Austrian Film Museum. The restoration was supported by Markus Schleinzer.
by Robert Beavers USA /1998 48’