Glorious Technicolor – From George Eastman House and Beyond

The 2015 Retrospective presented an opulent display of colour, as we celebrated the 100th anniversary of a film process that became legend far beyond Hollywood. In 1915, the Technicolor Motion Picture Corporation began developing and continually improving two and then three colour processes for shooting and projecting films. By the mid 1930s, the level of quality that gave Technicolor its radiance had been achieved. For the first time, the entire colour spectrum could be reproduced on film and the use of colour could be a conscious choice. 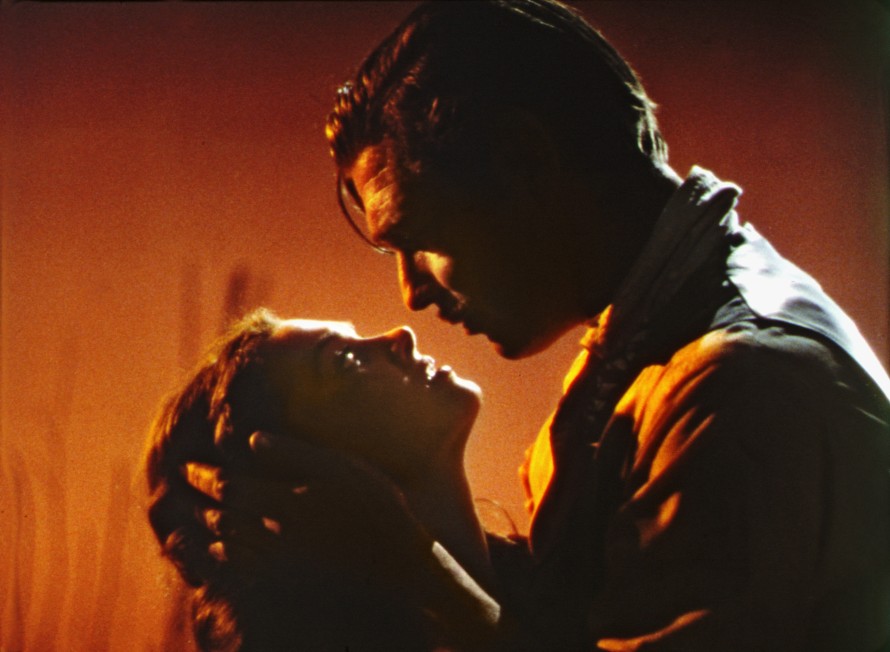 Vivien Leigh and Clark Gable in Gone With the Wind (Victor Fleming, USA 1939)

The Retrospective showed some 30 spectacular Technicolor films, in some cases in laboriously restored versions. The selection dated from the early days through 1953 and included six British films. Among them you found a great wealth of creative ideas for colour composition in a variety of genres, ranging from the zesty, exaggerated use of colour in musicals such as The Wizard of Oz (Victor Fleming, USA, 1939) to scenic natural backdrops in earthy tones such as in John Ford’s western She Wore a Yellow Ribbon (USA, 1949), all the way to the arresting high-contrast, yet simultaneously almost documentary qualities of Technicolor in the epic drama An American Romance (King Vidor, USA, 1944).

Brookline, Massachusetts. November 18, 1915. The story as told by its author. A man stands at his bookshelves and his eye roams the spines. The man is Herbert T. Kalmus. He is casting about for a name for the new colour film technique he’s developed, a process that will take the American movie industry by storm in the 1930s. His attention falls on the desk, where an imposing book with an artfully embossed cover lies. It is the 1904 yearbook from his alma mater, the Massachusetts Institute of Technology, titled “Technique MDCCCCIV.” Kalmus lingers on the word “technique” and reflects on its meaning, until he visualises the name – TECHNICOLOR, “a beautiful name, a meaningful word, easy to remember, hard to forget, and possessing a full measure of significance for a company aiming to revolutionize the motion-picture world.” At least, that’s how Kalmus remembers it in his autobiography. And his vision would come to prove itself. Even today, “Technicolor” stands for spectacular colours and movie-going experiences.

“Color by Technicolor.” That slogan stood for the ground-breaking inventions of the Technicolor Motion Picture Corporation, founded in 1915 by Herbert T. Kalmus, Daniel Comstock and W. Burton Wescott. Technicolor No. I was a two-colour system that used a beam splitter and two filters, a red and a green, to expose the film strip, as well as to project it. The resulting spectrum of colours onscreen was accordingly narrow, and blue, for instance, could not be reproduced at all. But the doubts of cinema operators combined with their own ambition led Kalmus and his team to make constant improvements over the years and decades to follow, from the two-colour systems Technicolor No. I through III, to the celebrated three-colour system, Technicolor No. IV. Technicolor No. V, introduced in 1952, was a lab system solely for processing film, not shooting it. 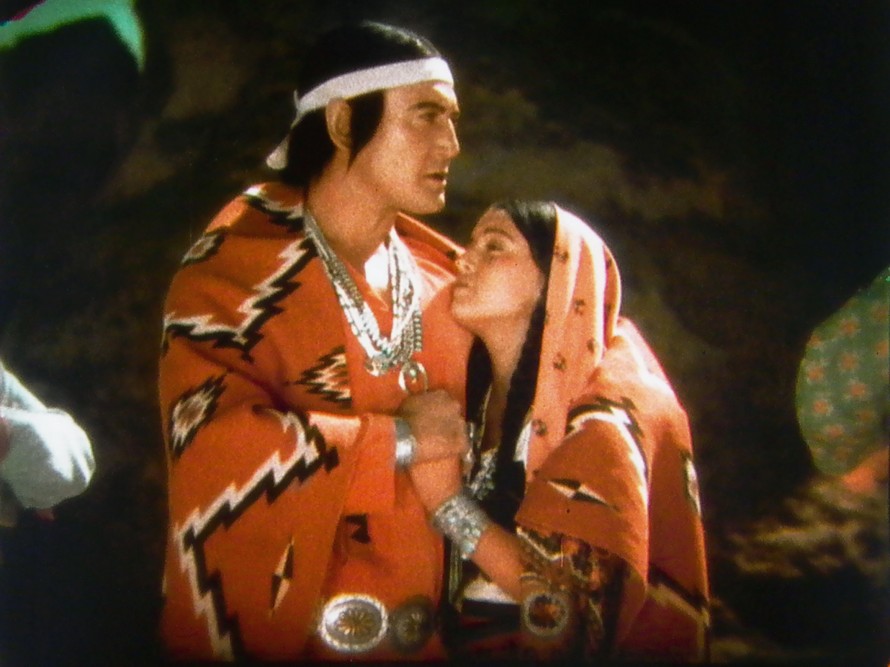 Neither audiences nor the critics were unduly impressed with the first Technicolor films, with their flickering colour fringing. But Kalmus and his team persevered to increasing acceptance. Colour and the almost simultaneous development of sound film began to take over screens and movie theatres. The Technicolor films of this early era show artful skill in dealing with the technical limitations. The Toll of the Sea (Chester M. Franklin, USA, 1922), shot in Technicolor No. II, turned the constraints of red and green into a floral riot with a Chinese aura. The foliage and the red-accented interiors glow with an enchantingly natural feeling. Victor Schertzinger’s Redskin (USA, 1929) in Technicolor No. III, tells the story of the love between a young Navajo man and a Pueblo woman who are subjected to forcible integration into the world of white Americans. The scenes shot on location in Canyon de Chelly, Arizona and Acoma Pueblo, New Mexico, sport an impressive palette of lustrous shades of sand in the spare landscape, which particularly highlights the geometric fabric patterns of red, brown and white. By contrast, the sky is pale and a small lake is a greenish-blue, although for an audience, this does not come across as a lack of blue tint. 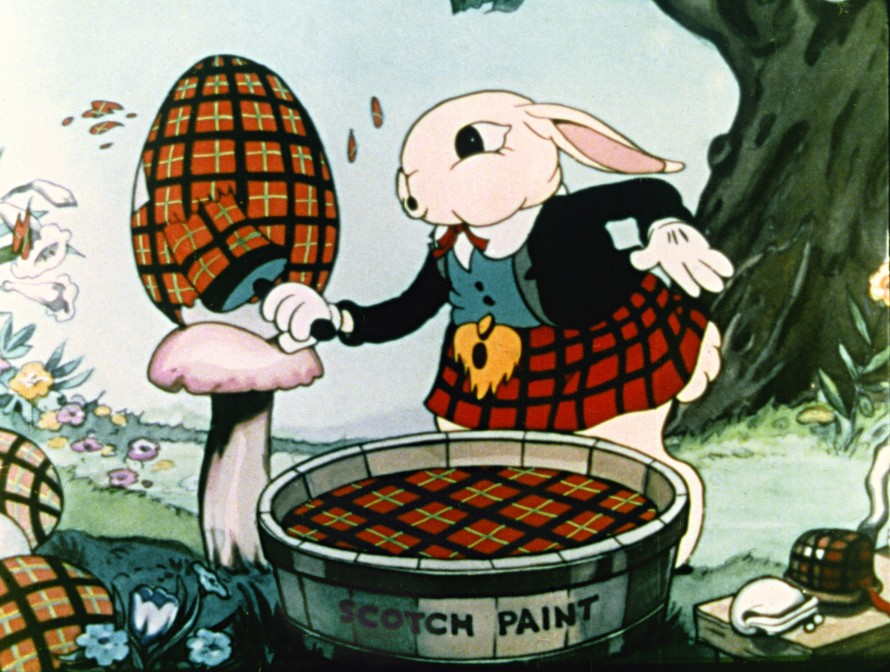 Technicolor No. IV, introduced in 1932, used the three colours blue, red and green, meaning for the first time the entire colour spectrum could be reproduced, a level of quality that made Technicolor legend. Finally, the company’s controlled shades and tints prevailed in classic Hollywood movies, to the point where they eventually had a more decisive influence on the aesthetics and glamour of those films than any other colour system.

The equipment and skills remained in the hands of the inventors, who contracted out cameras, advisors and technicians to the studios and determined how the technology was used. In addition, the lab work was done in-house at Technicolor. Natalie Kalmus, Herbert’s first wife, had a key role in all this, billed variously as “color director”, “color supervisor” or “color consultant”. But she was a controversial figure. Jack Cardiff, for one, the self-anointed “bad boy of Technicolor” at the time, spoke of the “tyranny” of Technicolor. The conscious application of colour, however, was integral to Technicolor’s approach and therefore the process was not connected to one single style even if, in comparison to the transparency of other colour film processes, it had a rather saturated look. 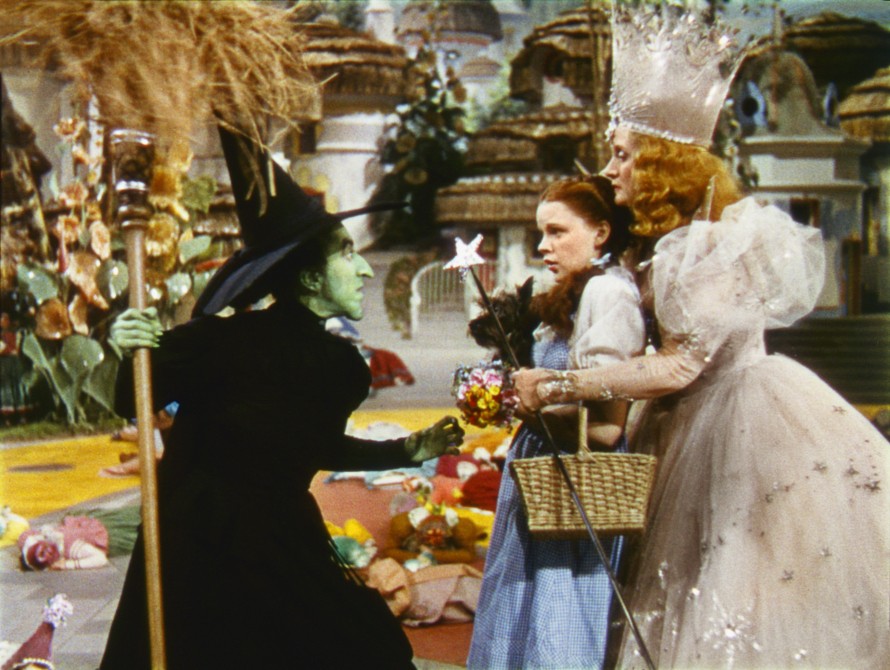 Animated films functioned as the trailblazers for the Technicolor aesthetic. In 1932, there were not enough cameras available for the new Technicolor No. III system to be put to widespread use and producers were unwilling to make the necessary investment in a new process with uncertain prospects of success. Since animated films were made with superimposed cels and multi-plane cameras, obviating the need for a three-colour camera, Kalmus signed a two-year, exclusive contract with Walt Disney Productions. That cooperative venture would be enormously important to financing further development of the technology. And the exquisite beauty of the results would help Technicolor break through into live-action production as well.

Even in its first three-colour short films, the “Silly Symphony” series, Disney developed the concept of a synaesthetic fusion of light, colour, shapes and movement. The Silly Symphony Funny Little Bunnies (Wilfred Jackson, USA, 1934) will be shown in the Retrospective. Disney’s first feature-length film using the three-colour process, Snow White and the Seven Dwarfs (David Hand, USA, 1937), with its more saturated colours, went on to become an international hit.

Under the inspiration of new creative possibilities, colour created a boom in the musical genre, which also proved to be an aesthetic high point for Technicolor. One example was the MGM musical The Wizard of Oz (Victor Fleming, USA, 1939), which took up the challenge of competing against the Walt Disney films and became a box office hit, not least by virtue of the display value of its excessive use of colour. Virtuosos like Vincente Minnelli also perfected the use of colour as an element in the dramaturgy or motif of a film, such as in Yolanda and the Thief (USA, 1945), in which a 15-minute long dream ballet becomes a somnambulistic tour de force of filmmaking. 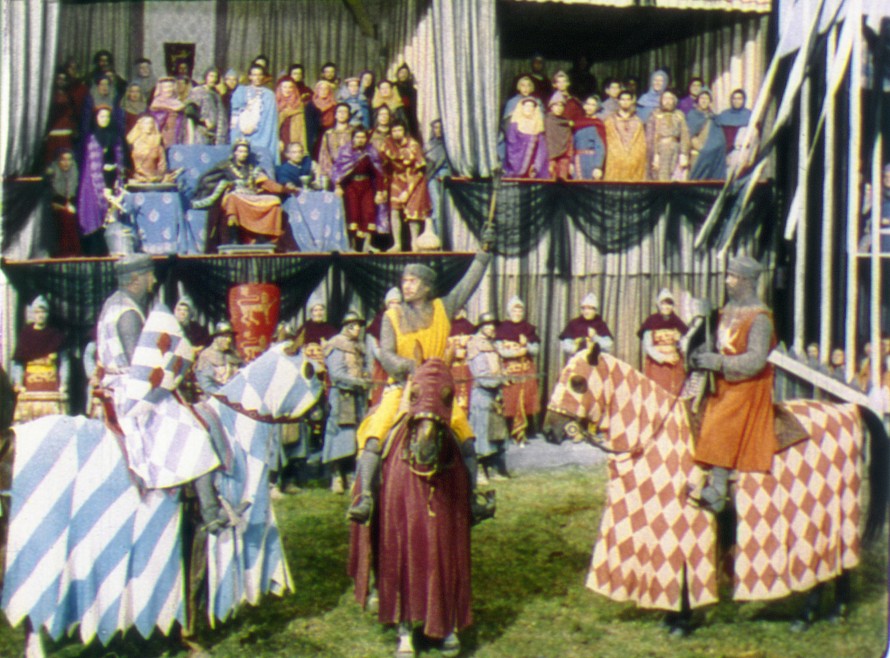 But other genres also took advantage of the new avenues for creative expression. Adventure and period films, and swashbucklers were early and eager adopters of the Technicolor system. Colour was integrated into the dramatic arc. In The Three Musketeers (George Sidney, USA, 1948), daredevils in bright pink and pale blue fight in a completely stylised, artificial manner. In Ivanhoe (Richard Thorpe, USA, 1952), colour is used to reflect Britain’s internal divisions. And in the swashbuckler Scaramouche (George Sidney, USA, 1952), exaggerated colour is used as burlesque camouflage for the onstage action, while the dramatic passages signal realism with muted tones. 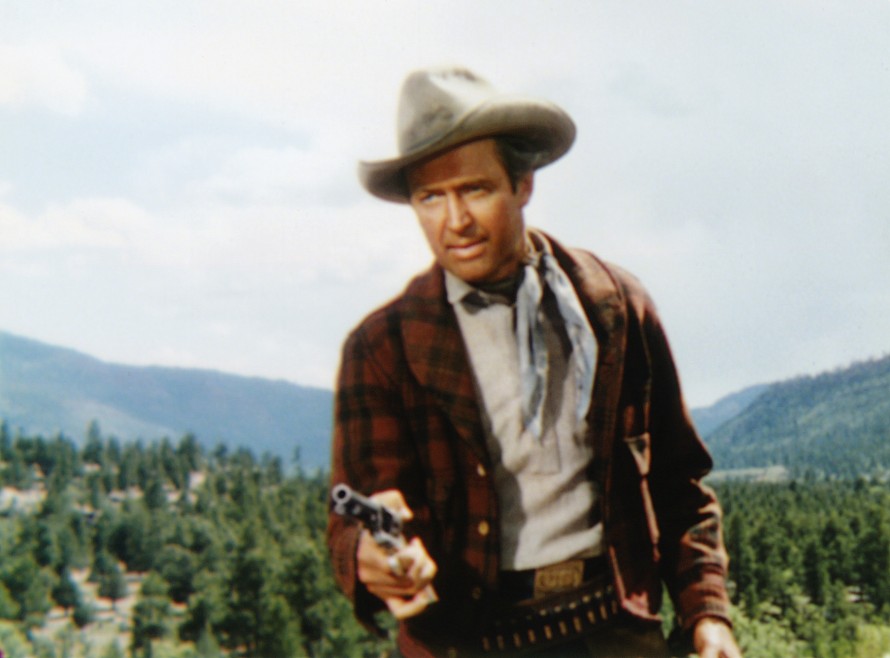 Westerns used Technicolor to advantage to plumb the aesthetics of location shooting. In John Ford’s She Wore a Yellow Ribbon (USA, 1949), the earthy tones of Monument Valley provided a picturesque backdrop that contrasts with the bright costumes and other details, and characterises the antagonists’ camps. In Duel in the Sun (King Vidor, USA, 1946), scenes of love and hate are acted out under a torrid, red-orange desert sun. Broken Arrow (Delmer Daves, USA, 1950) strove for an authentic depiction of the Apaches in natural greens and browns. Colours such as yellow and blue were used, for instance, in clothing, to point up the different characters of the protagonists. 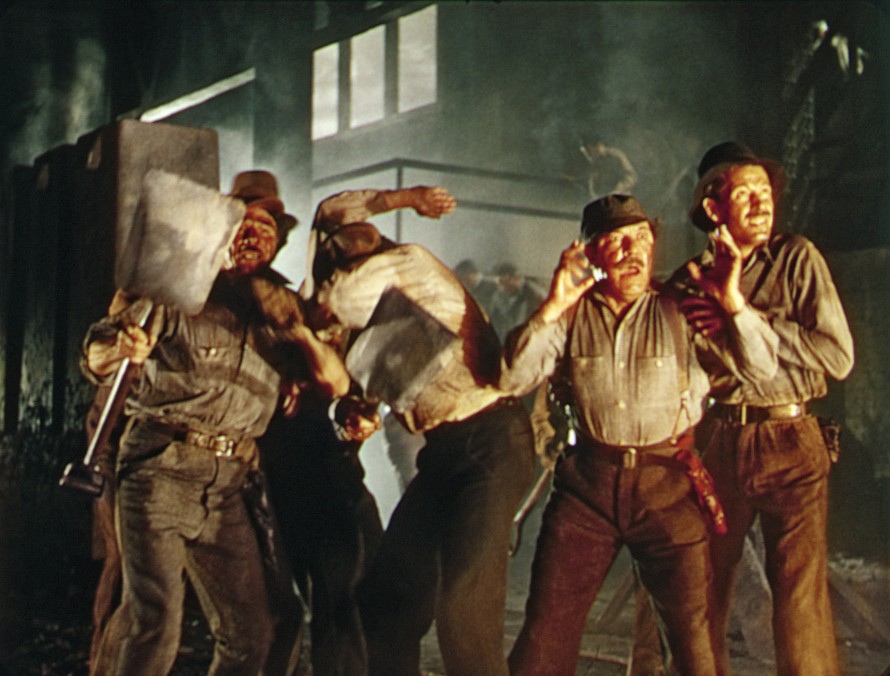 Films made in classic Hollywood style, concentrated primarily on plot and character, tried out colour as a means of accentuating key moments and underscoring emotions. The work of the production and costume design departments was essential to achieving that. William Cameron Menzies’ efforts were so crucial in creating the look of Gone With the Wind (Victor Fleming, USA, 1939) that producer David O. Selznick introduced the title “production designer” for him. Melodramas could achieve subtle effects with colour. At the beginning of Leave Her to Heaven (USA, 1945), directed by John M. Stahl, the colours of the costumes hint at love relationships that are then developed further in the course of the drama. And in The River (USA, 1951), Jean Renoir made a masterpiece that accurately portrayed the colours of India and, in the festival scenes, provided a fascinating example of the use of colour. 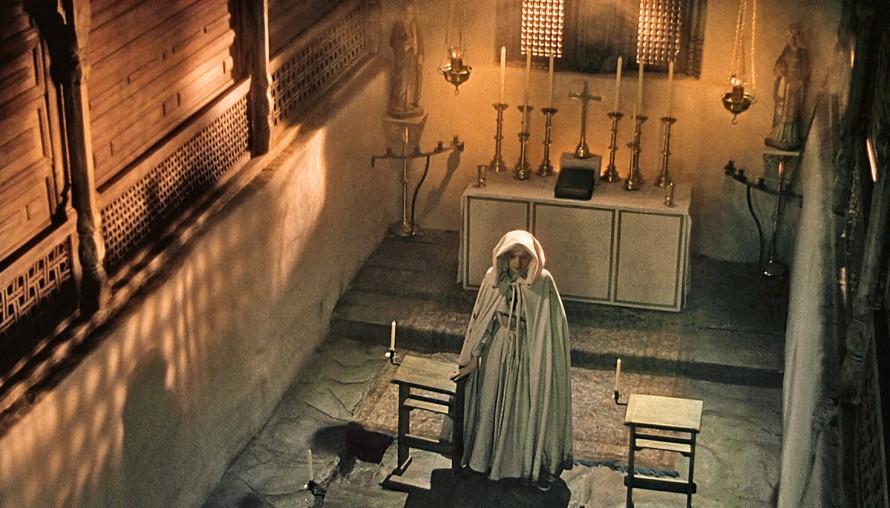 The lion’s share of Technicolor films were made in the USA. But as early as the 1920s, Herbert T. Kalmus also pursued a strategy of exporting his business model to Europe. The ambitious colour film system gained a particularly successful foothold in the British film industry. The newly-restored version of the first British Technicolor production Wings of the Morning (Harold D. Schuster, 1936), as well as David Lean’s This Happy Breed (Great Britain, 1944) both display an unobtrusive look. Black Narcissus (Great Britain, 1947), made by Michael Powell and Emeric Pressburger, on the other hand, is an iconic example of artistic experimentation, which the unrivalled creative team brought to visual fruition using Technicolor. 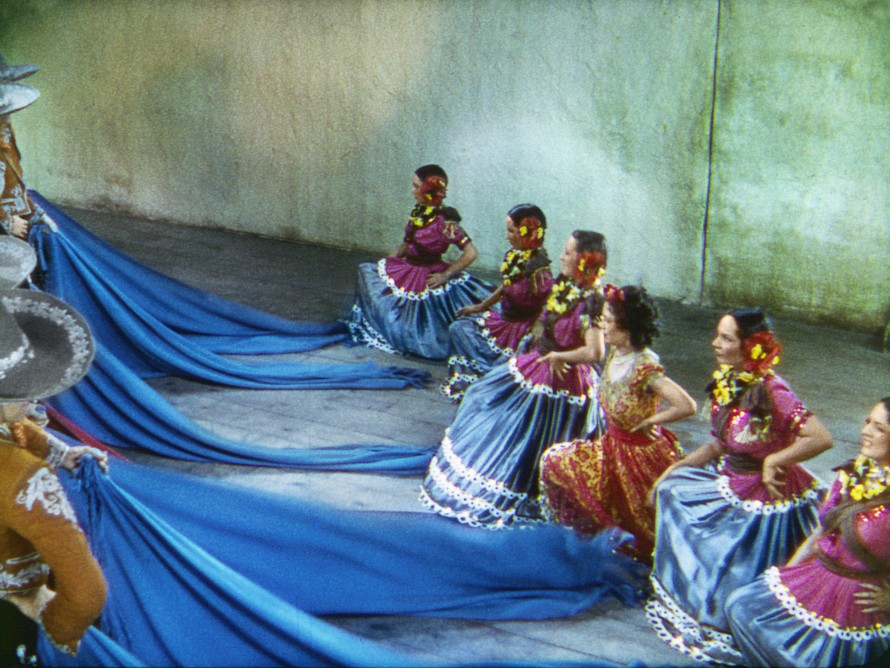 Technicolor No. V and Beyond

The heyday of Technicolor lasted from 1935 to 1955. In the mid 1950s, Eastman’s newly-developed colour negative film largely replaced matrix film. The three-colour cameras were in use only sporadically. But prints continued to be made using the tried and true Technicolor No. V dye-transfer printing process. These are usually identified with the “printed in Technicolor” credit in the opening titles.

With its screenings of rare 35 mm film prints, the 2015 Retrospective presents a very special festival of colour. Thanks to the cooperation with George Eastman House in Rochester, we will have the chance to marvel at prints from the world’s largest and best-preserved collection of Technicolor films, including some struck using the original Technicolor printing process. The support of other film archives and studios has also enabled screenings of numerous films in restored versions. For instance, there are screenings of John Huston’s The African Queen (Great Britain/USA, 1951) both in the original 35 mm Technicolor dye-transfer print as well as the digitally restored version in 4K format. Also on view are both an extremely well preserved original film print and a restored version of the first three-colour process short film, Lloyd Corrigan’s La Cucaracha (USA, 1934). This Retrospective offers an almost unparalleled opportunity to discover the beauty of Technicolor, the object of so many preservation and restoration endeavours.