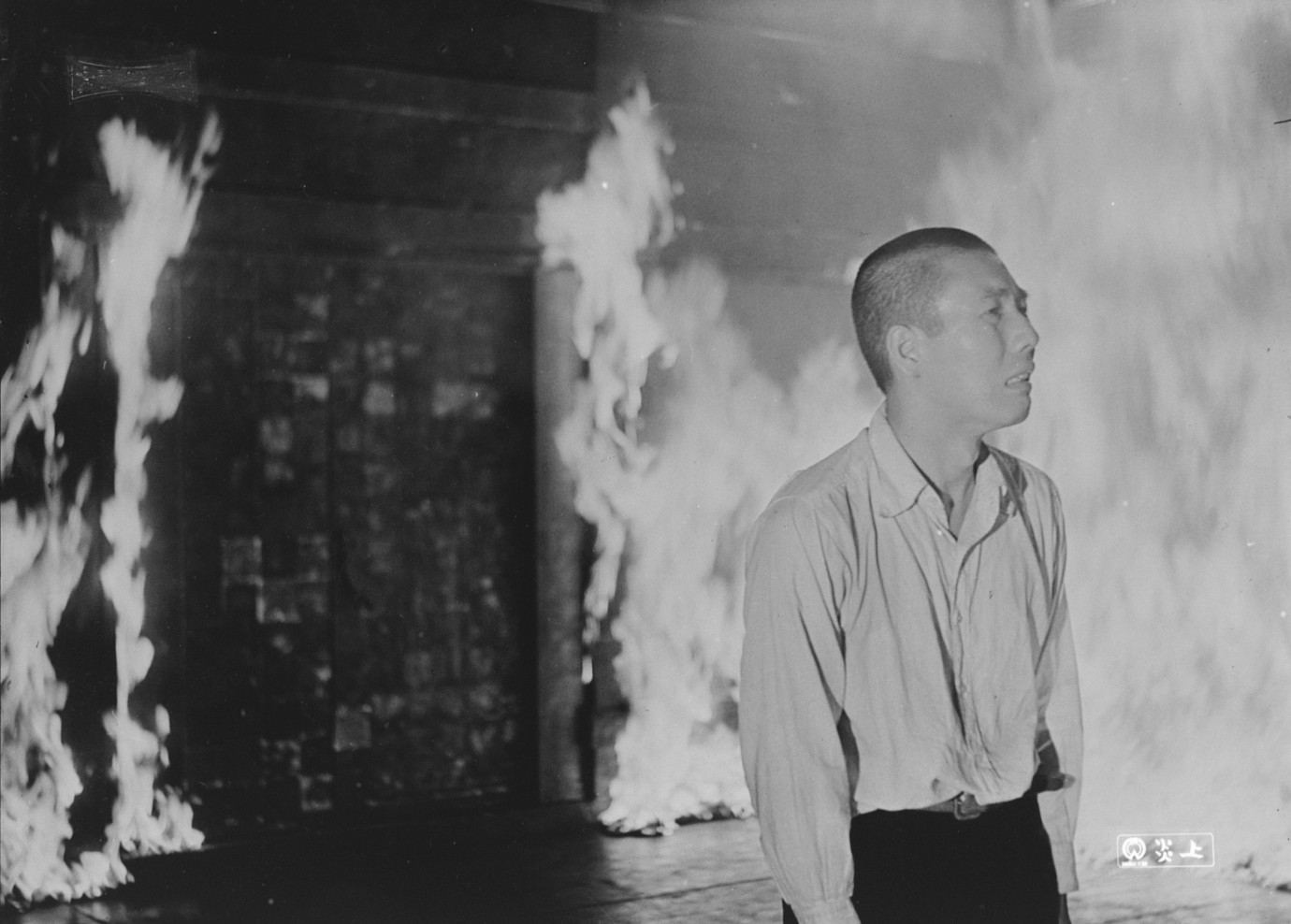 © Kadokawa Corporation
In 1944, following the death of his father, the young Goichi Mizoguchi enters the famous Shukaku temple in Kyoto as a novice. The introverted young man has a stutter and suffers humiliation as a result. After his only friend in the monastery dies, he befriends a cynical fellow student who opens his eyes to the priests' double standards and business acumen. The high priest has a lover, and the tourists who’ve been flocking to the temple since the end of the war keep the monastery's coffers full. Goichi, for whom the temple represents beauty and truth as well as symbolising his late father's dreams, feels that the purity of Shukaku is in danger. In his attempts to protect the temple, he becomes ever more lonely and desperate. His disturbed state leads him to commit an act of violence: he sets the monastery on fire. This complex psychological study of an outsider unfolds in a masterfully executed series of flashbacks. Enjo, which Kon Ichikawa considered one of his best films, is based on Yukio Mishima's book "The Temple of the Golden Pavilion", which was inspired by the burning of a national shrine in 1950.
by Kon Ichikawa
with Raizo Ichikawa, Tatsuya Nakadai, Ganjiro Nakamura, Yoko Uraji, Michiyo Aratama, Tamao Nakamura, Yoichi Funaki, Kinzo Shin, Tanie Kitabayashi, Jun Hamamura Japan 1958 99’