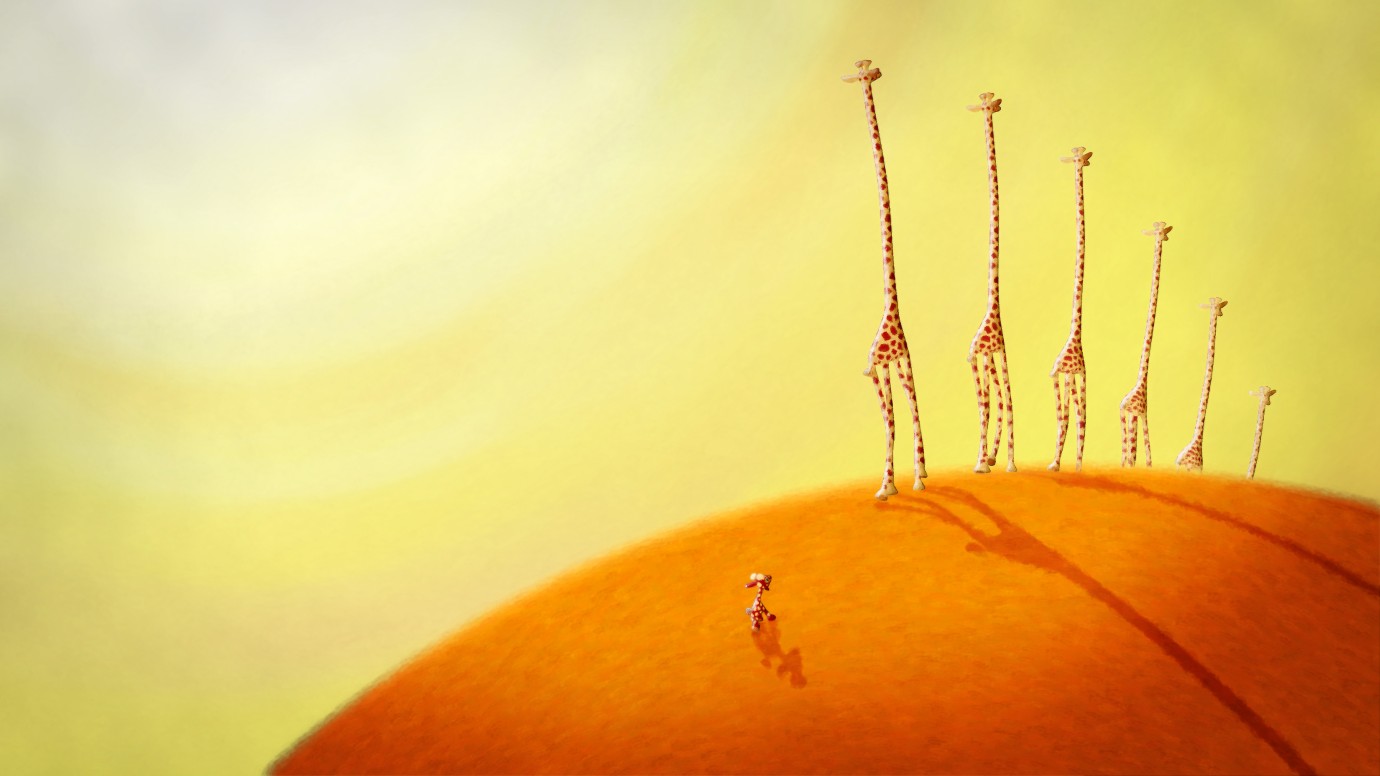 Lofty pillars turn into endlessly long legs belonging to giraffes who inhabit a tiny, orange planet. A little giraffe joins them, wanting to play. It is a bit tricky because the heads of the big giraffes are so high up they are beyond reach. But at least they can all stomp in time to the music for a while. And she can climb up on a very long tie, too. Or swing on it, or allow herself to be pulled along. But after some time there is even an end to this too. A strange cloud prevents all further contact. Now it is time for the little giraffe to come up with a better idea. An animated film in yellow and orange.
by An Vrombaut Belgium 2014 9’ 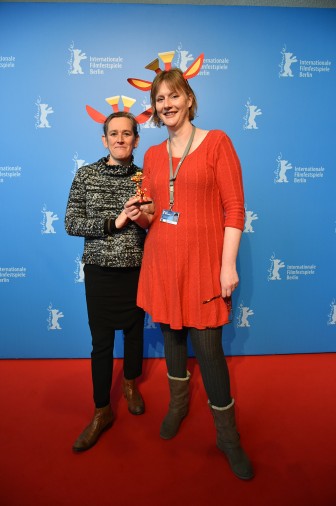 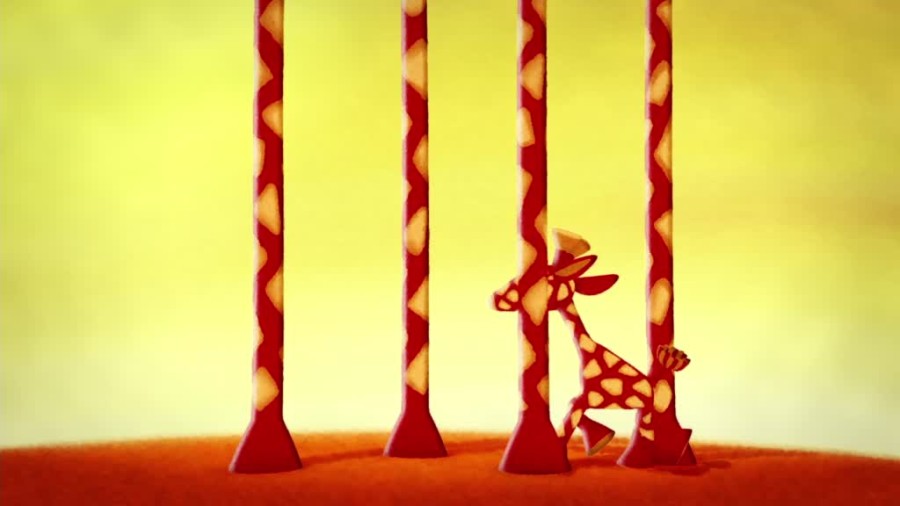