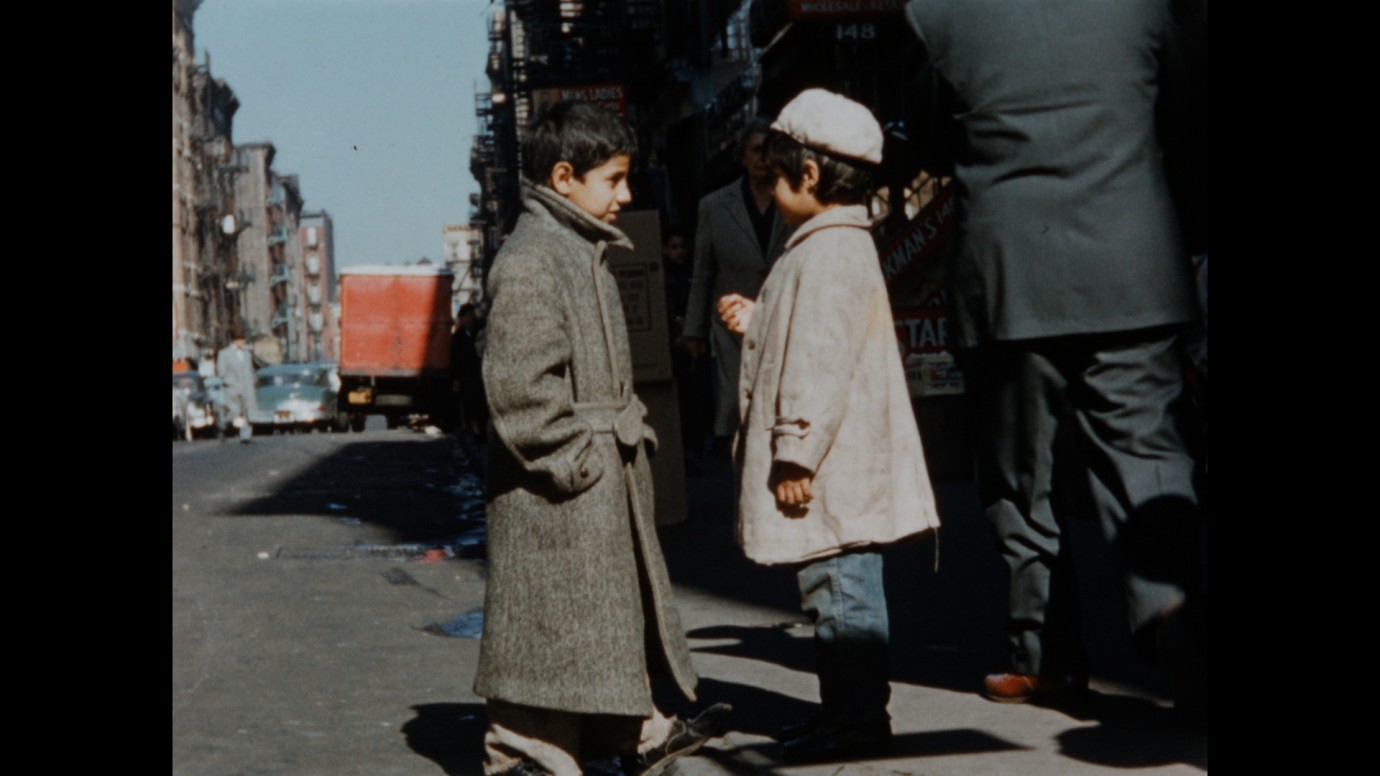 © Ken Jacobs
1955, Alan Becker sometimes assisting. My first film, revisiting the Jewishness (permeating the street at that time) of my upbringing. Originally lasting close to a half-hour, I was afterwards told there was no chance of screening a documentary longer than 12 minutes and, broke and hungry the way young artists are expected to be, I cut it down. There was no fat so the cuts were into bone and muscle. And then, the deed done, I despised myself and did nothing with it.An engagement broke (she went West and connected to Christopher MacLaine) and in my economic free-fall I began filming Star Spangled To Death starring the unknown Jack Smith and Jerry Sims, 1956-1959, though the somewhat-more-affordable shorts Little Stabs At Happiness and Blonde Cobra came out earlier.
2014: after very occasional screenings of the disaster, and with daughter Nisi at the computer, a close return to the original was effected, in luxurious silence.I’d been on the street a lot with my Bell and Howell 16mm 70DL and no one ever objected. Some asked what channel would they see themselves on and I would explain ‘independent filmmaker,’ aka bum with a camera. Knocks me out to see how Kodachrome preserves semblances of time.
Sorry to have disappointed you, people of Orchard Street of over half a century ago, you were wonderful. The couple in the clinch: she worked on the street and embodied it, the kisser is me.
(Ken Jacobs)
by Ken Jacobs USA 1955/2015 27’