The Retrospective 2014 focuses on light in film. Audiences will have an opportunity to discover lighting styles in Japanese, American and European films between 1915 and 1950. Section head Rainer Rother emphasises the mutual nature of influences, and invites audiences to have a look at seldom screened but seminal works, as well as experience real classics anew. For the second year running, the Retrospective was curated in cooperation with the Museum of Modern Art (MoMA) in New York. 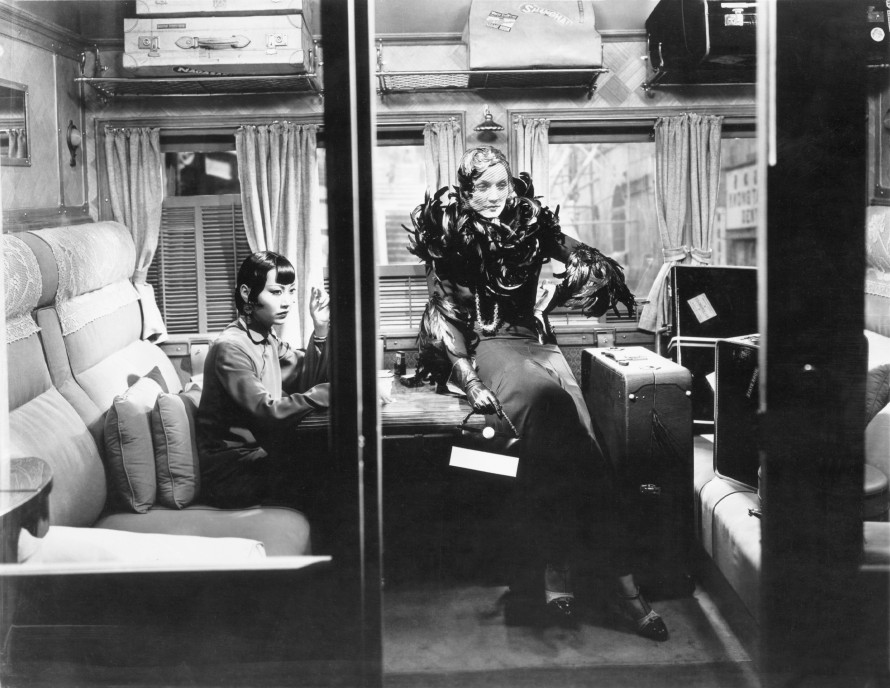 The point of departure when putting together this yearʼs Retrospective was the publication "The Aesthetics of Shadow. Lighting and Japanese Cinema" by Daisuke Miyao, Associate Professor at the University of Oregon. What fascinated you about his research on Japanese film history, and how did you collaborate?

Daisuke Miyao is interested in cinematic light and investigates Japanese film history from an aesthetic point of view. For him, lighting design is also part of Japanese cultural history, and he describes it as a phenomenon that has its origins in Japanese society. At the same time, he points out a number of connections to American and European cinema.

In discussions with our colleagues from the MoMA in New York, we pursued the connections drawn by Miyao further in order to develop this yearʼs Retrospective together. What happens when lighting is no longer a preexisting condition, when technology allows film artists to intentionally model the set and characters to their specifications? We pose this question when looking at certain genres and from various thematic angles, and at the same time, we want to highlight the complex, reciprocal nature of influences on a transnational level.

Our selection of films is an opportunity for audiences to view them from a very specific angle – an opportunity based on the sensitivity of the viewer, and one that will hopefully allow a fresh viewing experience. 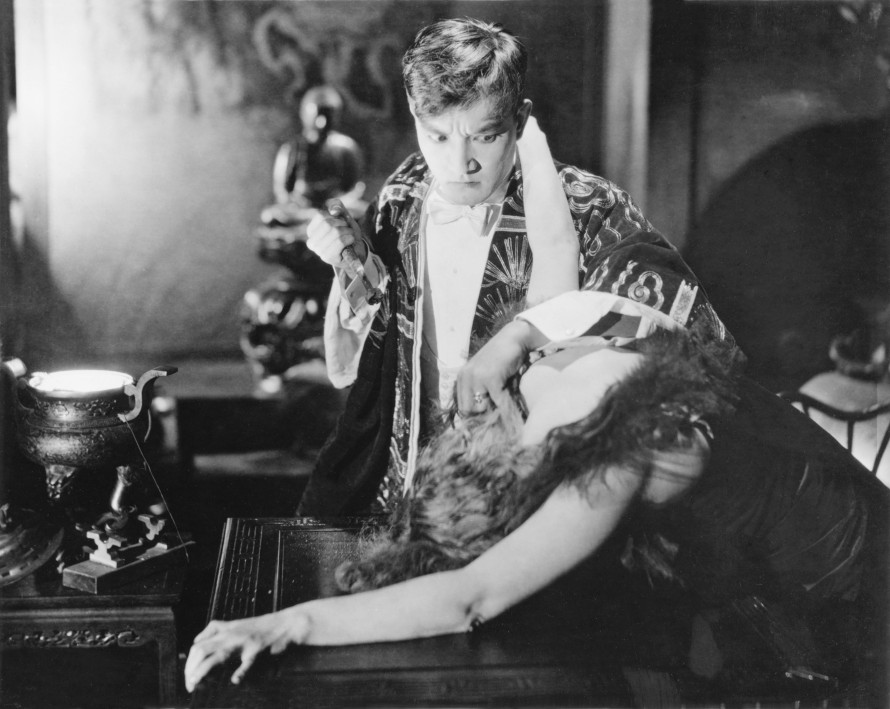 Fannie Ward and Sessue Hayakawa in The Cheat (USA 1915) by Cecile B. DeMille

Skilfull Production through the Use of Light

"Bright and cheerful Shochiku cinema" was the slogan in the 1920s for the Japanese film studio Shochiku, one of the oldest film studios worldwide. With this slogan in mind, what was the lighting style typical to early Japanese film? And how did it come about that Shochiku invited Japanese filmmaker Henry Kotani, then living in the US, to modernise filmmaking with lighting effects and reflectors?

In the 1910s and early 1920s, a kind of mainstream-lighting was prevalent both in Hollywood and in Japan. According to Miyao, production in early Japanese film was always oriented toward the traditions of the Kabuki theatre. Regarding light, this meant equal lighting across the entire stage and the eschewing of shadow, to a large extent. The three-point lighting developed in Hollywood was also practiced in Japan in the 1920s. And there were attempts to break away from that using more expressive lighting styles in both countries – not only in the duality of light and shadow, but in every form of intentional atmosphere creation using light.

As is commonly the case for film studios, economic considerations were initially decisive for Shochiku in these attempts. The goal was to increase the competitive capacity of their films, and they could profit from new cinematographic expertise. Starting in 1910, Japanese filmmaker Henry Kotani worked with director Cecil B. DeMille and his cinematographer Alvin Wyckoff in Hollywood. Wyckoff and DeMille developed the so-called “Lasky lighting”, named after the production company Jesse L. Lasky Feature Play Co. Inc. The use of reflectors made selective lighting possible, as well as sharply contoured shadows. A very early example for this is The Cheat (USA 1915). Shochiku was interested in Kotaniʼs knowledge, even though the expressive use of light didnʼt exactly fit the Shochiku philosophy. Nasake no hikari (Light of Compassion, Japan 1926), one of the few surviving Kotani films, will be screened in Germany for the first time ever at the upcoming Berlinale.

In addition, there was a social transformation process visible in Japan in the 1920s. On one hand, there was a commitment to Japanese traditions in Kabuki theatre, in painting and architecture. On the other, rapid modernisation processes were taking place. It was around then that neon light first showed up in Tokyo, and these glowing signs evoked a strong fascination – not least for filmmakers. 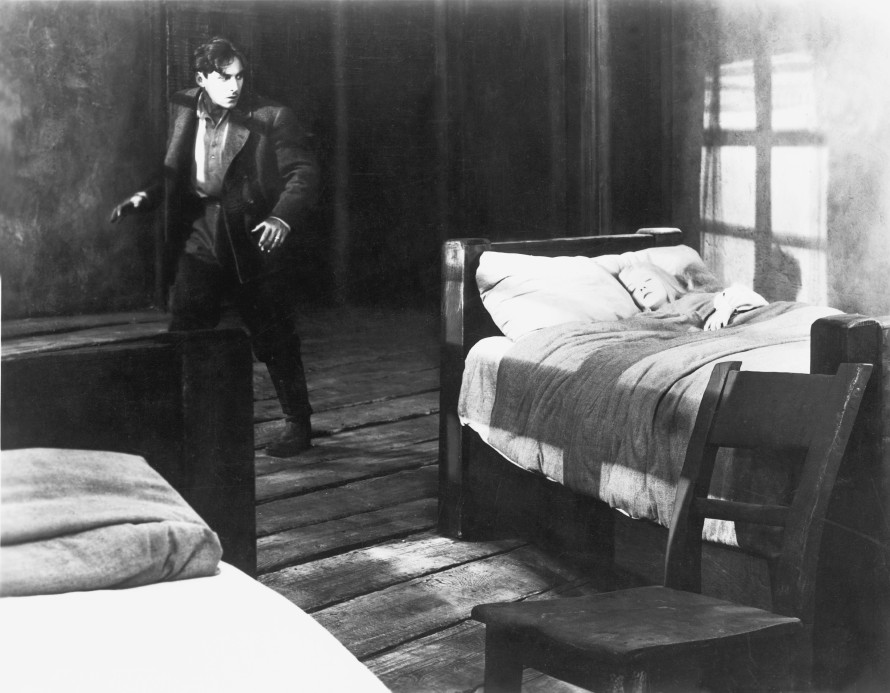 Daisuke Miyao describes the attempts at integrating these different and sometimes conflicting currents and ideas throughout the run of cinematic development, also dwelling on outside influences. Besides the aesthetics of Friedrich Wilhelm Murnau, whose masterpiece Sunrise – A Song of Two Humans (USA 1927) will be screened, these also include the shadow worlds of Josef von Sternberg, for example in Shanghai Express (USA 1932), thus especially German-American influences.

How has lighting in Japanese film changed over the years? The political relationship between Japan and the US underwent dramatic changes, and the Japanese attack on Pearl Harbor in 1941 was a turning point in the Second World War.

With regards to Japan, the play with shadow is definitely considered a cultural peculiarity. They say that traditional Japanese houses were a source of inspiration for lighting design. So even during times of war, the aesthetics of shadow can still be fostered as a distinct achievement. The Hollywood model doesnʼt play an explicit role anymore.

Besides that, there is a certain tendency towards minimalism already applied in the war film genre. High-key lighting would only contradict the intended plausibility and integration into propaganda. Kajiro Yamamotos Hawai Mare oki kaisen (‘The War at Sea from Hawaii to Malay’, Japan 1942), for example, was made in collaboration with the Japanese Army, and almost seems like a documentary. Aesthetic design was particularly important during its making.

Miyao asserts that while a continuity of the aesthetics of shadow was clearly identifiable, the reasons for it were definitely subject to certain trends. 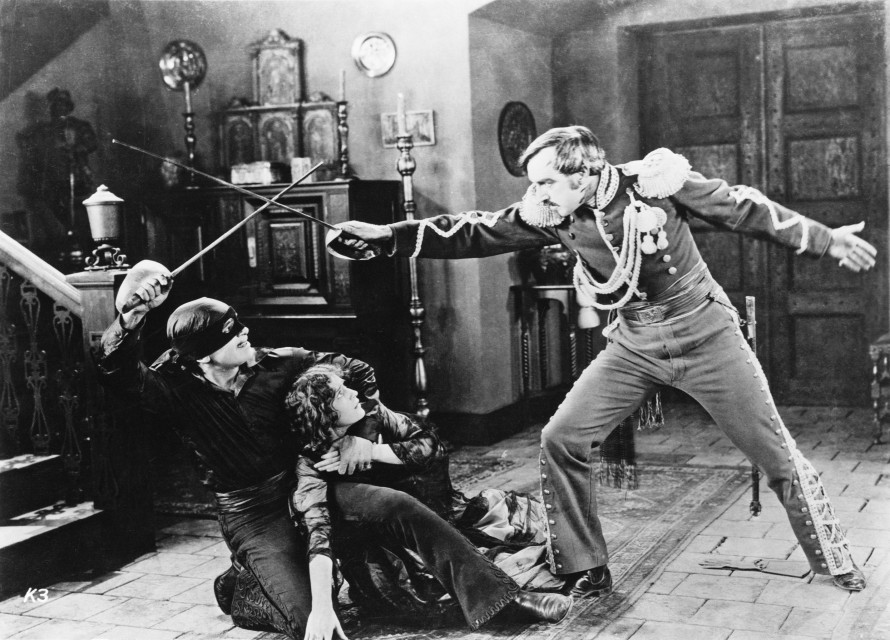 Youʼve already mentioned economic motives. How did the development of the star system foster certain styles and aesthetics?

Cecil B. DeMilleʼs 1915 film The Cheat is a good example again. He used lighting techniques to transform the Japanese Hollywood actor Sessue Hayakawa into a film icon. Or take Kazuo Hasegawa, also known by the name Chojiro Hayashi, who became the greatest film star in Japan, not least due to the sophisticated lighting concepts for his face. In Tsuruhachi Tsurujiro (Tsuruhachi and Tsurujiro, Mikio Naruse, 1938), he appears in a lateral glamour light that bears a striking resemblance to the lighting styles for Greta Garbo in the film Flesh and the Devil (Clarence Brown, 1926). A very distinct lighting design was developed for Marlene Dietrichʼs films: in Shanghai Express, Josef von Sternberg uses a steeply falling main light. And the films featuring Douglas Fairbanks Sr., a very popular actor in Japan, also display a particular lighting. Even more interesting is his film The Mark of Zorro (Fred Niblo, USA 1920), but with regards to the genre aspect and the influences of American swashbucklers on Japanese jidaigeki films, the period dramas. 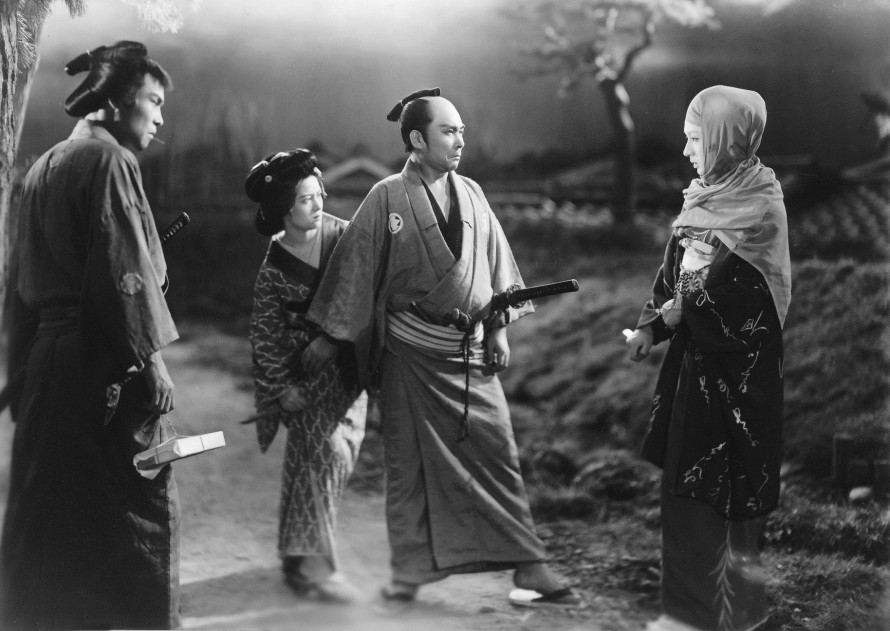 À propos. Which genres play a role in this yearʼs Retrospective?

We intentionally left out some genres that are especially well-known for the use of lighting and play with shadow, so there arenʼt any horror films as such, nor are there any films noirs. We were more interested in the question of which styles and aesthetics mutually influenced each other.

In the jidaigeki films, when the swords flash in the dark, and the heroes see action, a kind of dramatic lighting – common in Hollywood films – is impossible to miss. A good example is Yukinojo henge (An Actorʼs Revenge, Teinosuke Kinugasa, Japan 1935-1936/1952) with Chojiro Hayashi/Kasuo Hasegawa in the starring role.

With regards to war films, we also concentrated on a juxtaposition of Japanese and American films. For example, the portrayals of the 1941 attack on Pearl Harbor in Hawai Mare oki kaisen (Japan 1942) and in Air Force (Howard Hawks, USA 1943) display national peculiarities, both from an ideological standpoint as well as in the use of shadow versus light. 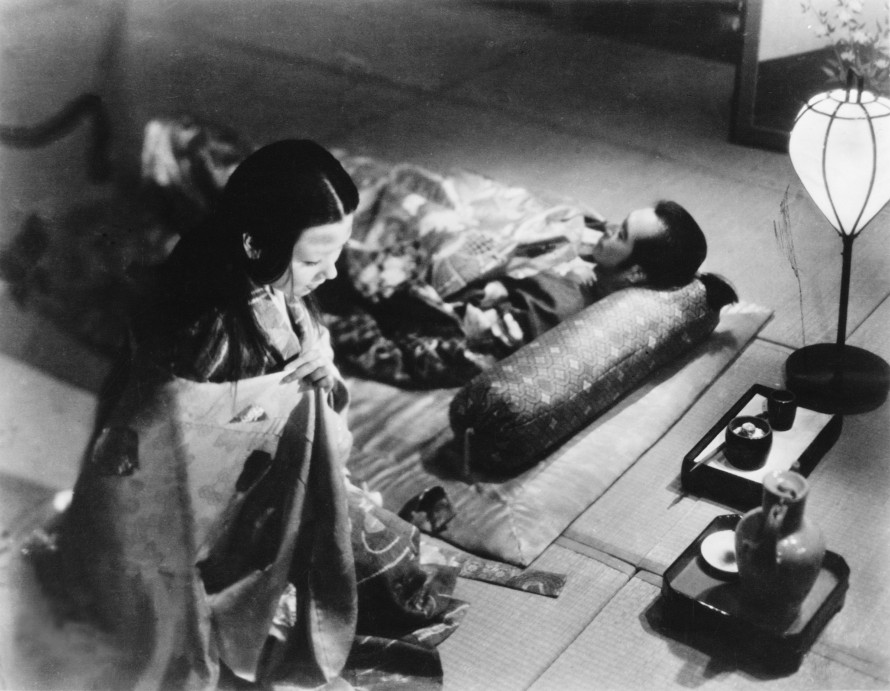 Machiko Kyo and Masayuki Mori in Ugetsu monogatari (Tales of the Rain and Moon, Japan 1953) by Kenji Mizoguchi

Painting with Light and Shadow

The Retrospective also includes the screening series "Light and Rhythm", "Towards Realism" and "Painting with Shadows". What principles of design were particularly attractive for these?

We have a very charming musical in the programme, Oshidori utagassen (Singing Lovebirds, Masahiro Makino, Japan 1939), in which the manipulation of light and shadow becomes something of a rhythmic principle. The same goes for Berlin. Die Sinfonie der Großstadt (Berlin. Symphony of a Great City, Walther Ruttmann, Germany 1927), and the avant-garde films that we have in the "Light and Rhythm" section.

"Towards Realism" is a collection of films that sound out the boundary between reality and fiction. The approach to Xanadu in the first sequences of Citizen Kane (Orson Welles, USA 1941) could be described as an excerpt from the beginning of a horror film. There is an alternation between light and dark throughout the film, expertly filmed by cinematographer Gregg Toland. The Naked City (USA 1948) by Jules Dassin, filmed exclusively on-location, is also worth a look.

Under the heading "Painting with Shadows" weʼre showing Faust. Eine deutsche Volkssage (Faust, Germany 1926) by F.W. Murnau, as well as Stagecoach (USA 1939) by John Ford, which might seem strange at first in this context. Westerns arenʼt necessarily interesting to film critics for their use of light and shadow. But we want to make Stagecoach visible as a film that works with light and shadow in an expert way. The same can be said of Ugetsu Monogatari (Tales of the Rain and Moon, Japan 1953) by Kenji Mizoguchi, and La Belle et la Bête (Beauty and the Beast, France 1946) by Jean Cocteau.

Are discussion events also planned for the Retrospective 2014? Which guests are expected?

Weʼre especially pleased to welcome Daisuke Miyao, and weʼve also invited the renowned British film historian Kevin Brownlow, who describes the striking international reciprocal effects and emphasises the often ignored achievements of cinematographers in the Retrospective publication (in German language). A discussion round with both will open the Retrospective on Saturday, February 8th.