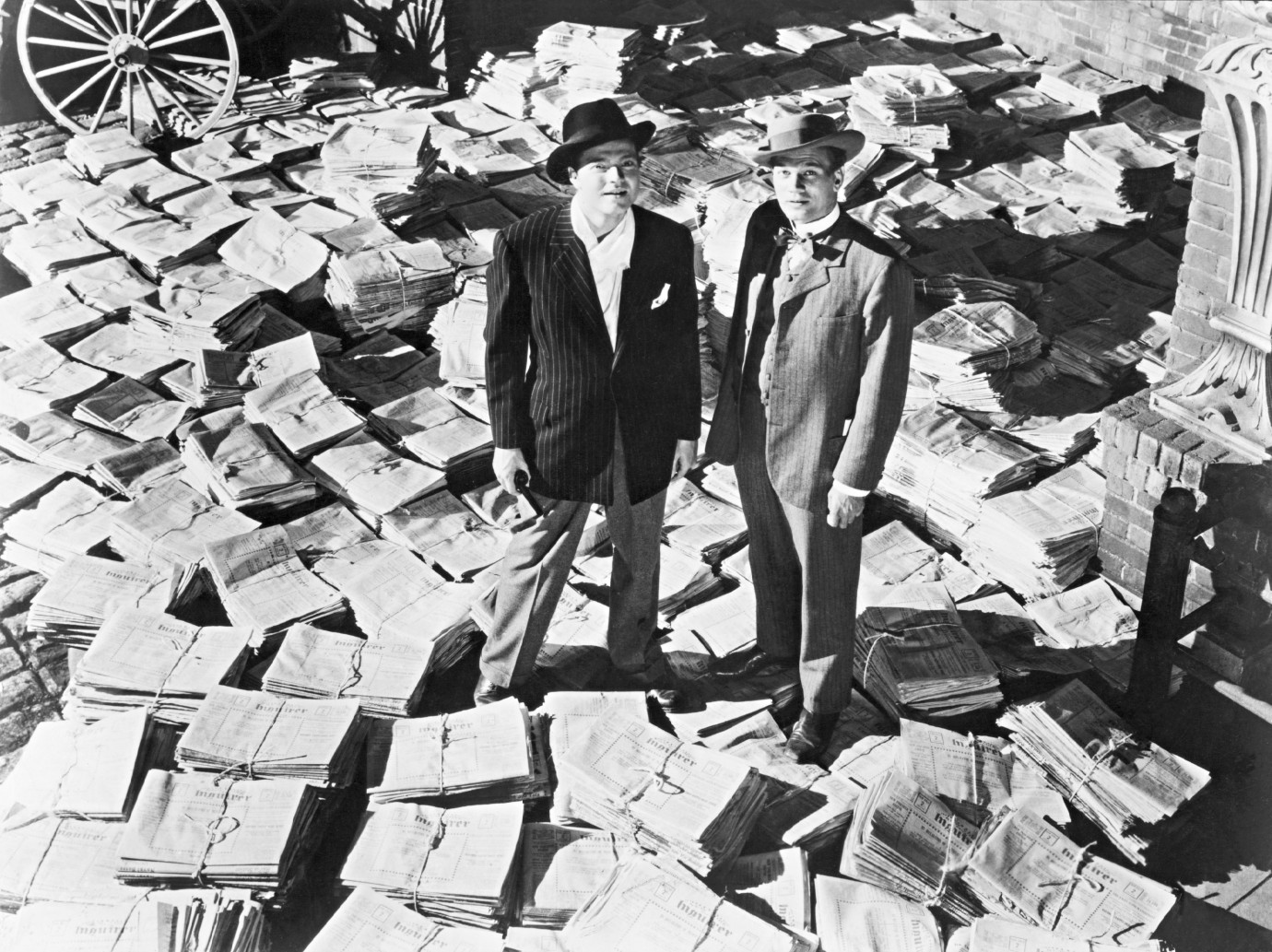 Source: Deutsche Kinemathek, Berlin, © Neue Visionen
After the death of publishing tycoon Charles Foster Kane, a young newsreel reporter talks to his widow and his associates to decipher the mystery of Kane’s dying word, ‘Rosebud’ … Cinematographer Gregg Toland’s techniques were part of what made Orson Welles’ directorial debut a masterpiece. Among the visual tools he used were deep focus and wide-angle shots, extremely high and low camera angles, and such strong backlight, with no overheads, that at times the figures were unrecognizable. Another innovation was the ‘electric dissolve,’ the process of dissolving between scenes by fading in and fading out the lighting successively on the foreground and background, an effect that seemed borrowed from theater. Those transitions between light and dark define Citizen Kane. The film portrays Kane as a man trapped in a world of black shadows, using the visual cues of a horror film to depict his grand mansion Xanadu as a haunted house. The dying man’s last word is an expression of his yearning for the snowy white landscapes of his childhood, which can also be understood as his desire for ‘more light.’
by Orson Welles
with Orson Welles, Joseph Cotten, Dorothy Comingore USA 1941 119’