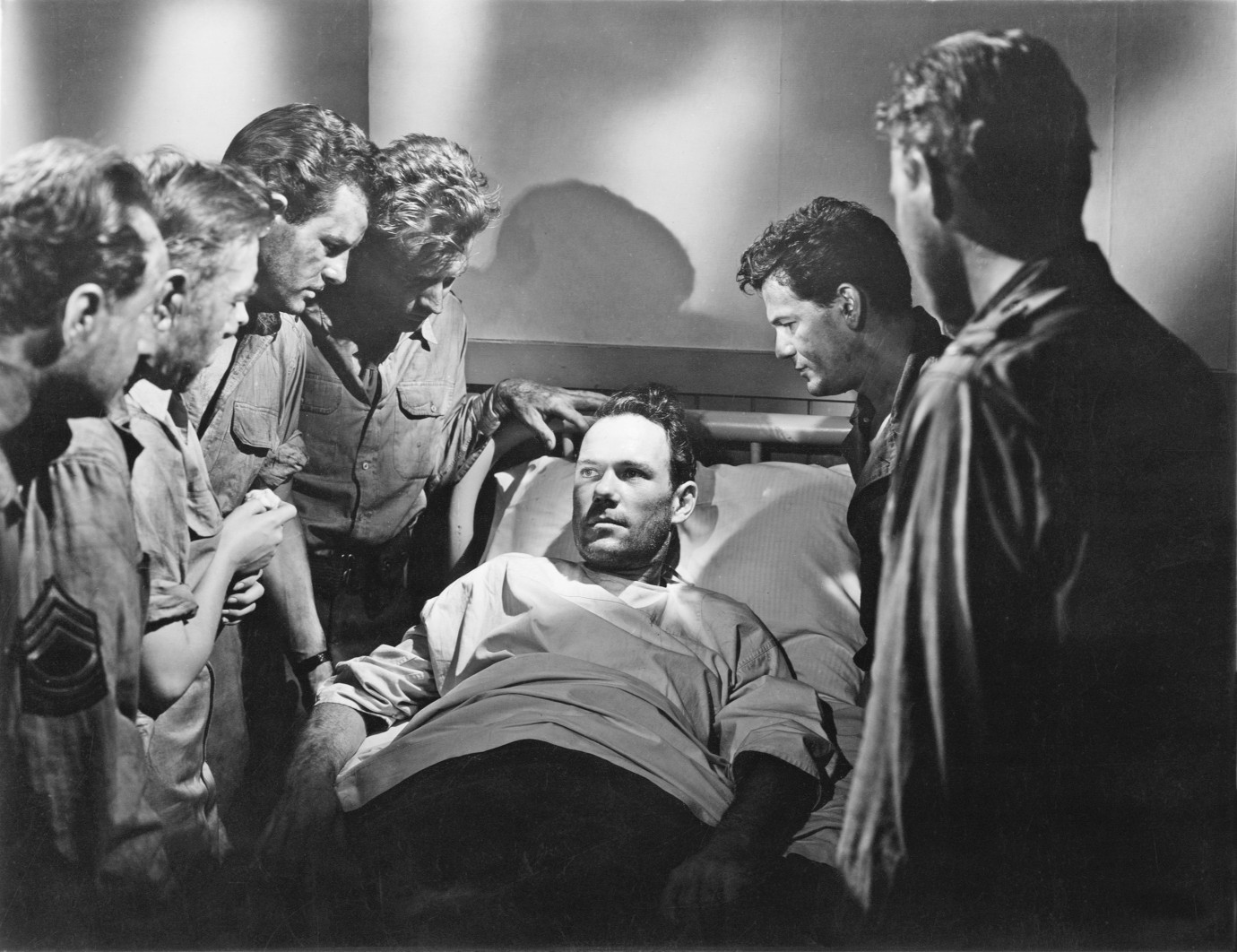 Source: Park Circus, Glasgow, © Warner Bros.
On December 7, 1941, a squadron of US Air Force bombers arrives in Hawaii just as the Japanese launch their attack on Pearl Harbor. The pilot of one plane dubbed ‘Mary-Ann’, Michael ‘Irish’ Quincannon manages to make an emergency landing on Kauai, although the B17 is slightly damaged. The plane is ordered on to help in the fighting around Wake Island and then the Philippines, where Quincannon is fatally injured in an aerial battle. Gunner Joe Winocki, who washed out of flight school, manages to land the plane. Once repaired, the Mary-Ann can again lead an attack on the Japanese navy … This is the Pacific theater of war from the American point of view. Air Force illustrates the ‘devious’ Japanese strategy with numerous night shots, in which the enemy remains invisible for long periods of time and only materializes in the form of blazing flames and black streams of smoke. With these visually aggressive signals, the film is on a mission and its battle cry is directed as much at the bomber’s crew as it was at contemporary moviegoers, ‘Go out and blast the Japs!’
by Howard Hawks
with John Ridgely, Gig Young, Arthur Kennedy USA 1943 125’