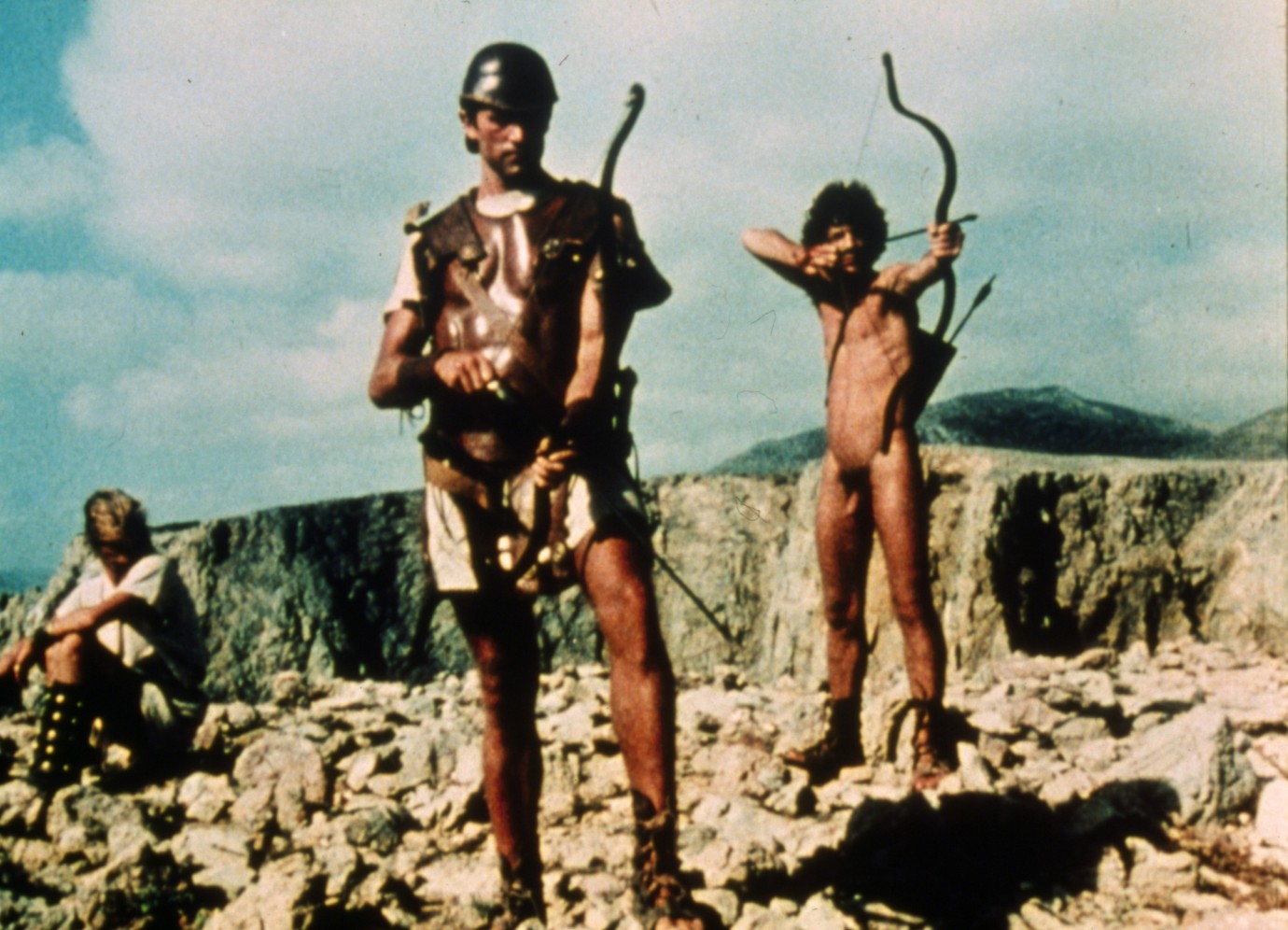 Saint Sebastian is at the centre of Jarman's first feature film, which he made in 1976 together with editor and producer Paul Humfress. This is the story of the guardsman Sebastiane who is relegated to an isolated outpost of the empire. There, the soldiers while away the time in the sweltering heat with sword exercises, swimming and erotic games. In this heated atmosphere, Sebastiane comes into conflict with the sadistic captain Severus, who's secretly in love with him. Avowing himself a Christian, he gets killed by his comrades’ arrows.
Saint Sebastian, a naked youth, bound, exposed to the gaze of the public, pierced by arrows – few motifs of Christian mythology have inspired artists and writers to date to set their wits to the male body as this scene of martyrdom. Jarman's interpretation of the saint not only depicts him in the tradition of renaissance artists but also as a modern gay icon. The screening will present the new 2K digital version, remastered from the original camera negative by the BFI National Archive.
by Derek Jarman, Paul Humfress
with Leonardo Treviglio, Barney James, Neil Kennedy United Kingdom 1976 85’