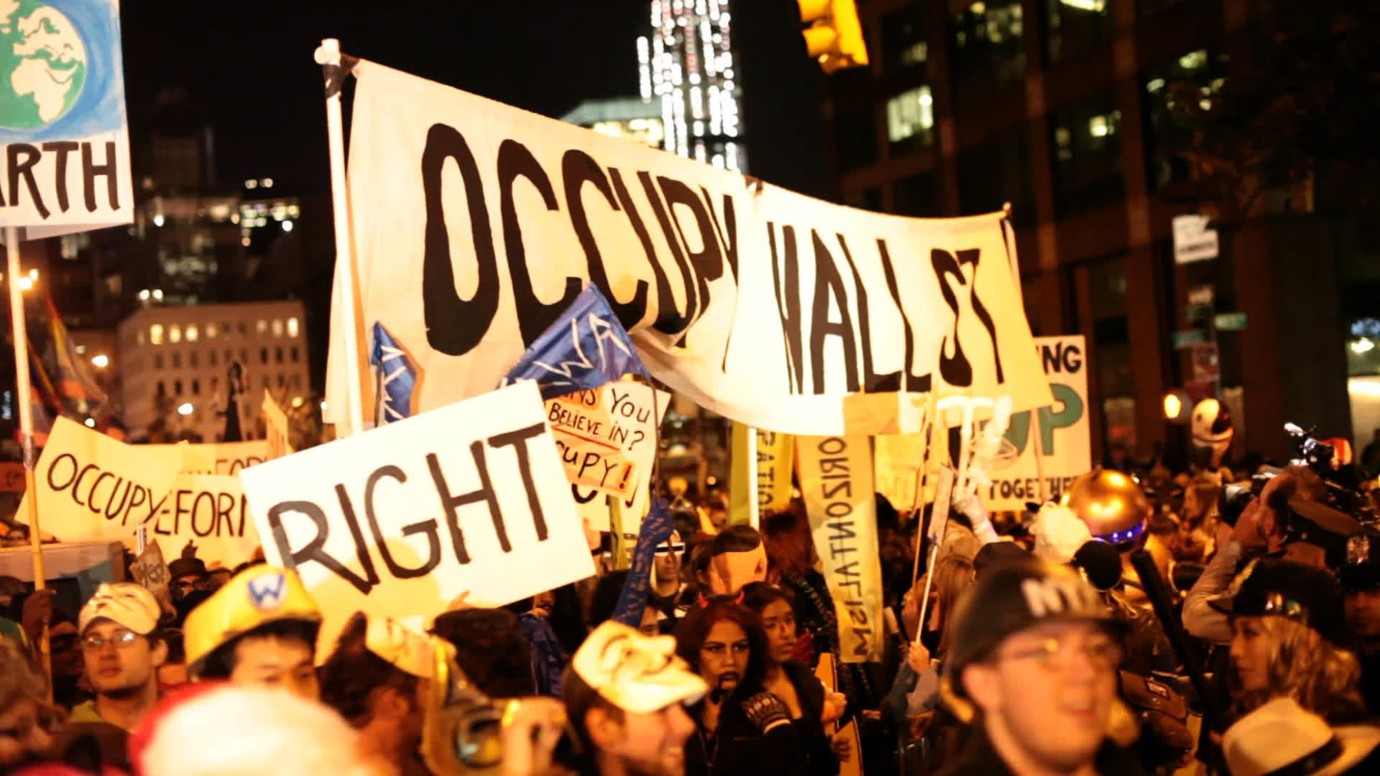 ‘I want a different world!’ cries Bobby Cooper after sharing his personal financial crisis – his father’s enormous debts which threaten to engulf the family farm – with the Occupy Wall Street demonstrators. He has come to New York to find a solution; here he meets allies willing to share his dream of a better world in the shape of the demonstrators who followed the internet call on 17 September 2011 to protest against the financial system in the US. They occupy Zuccotti Park adjoining Wall Street; their camp also represents an experiment in solidarity and alternative models of coexistence. Rebecca Chaiklin and Fisher Stevens follow these protest pioneers ranging from young unemployed Hero Vincent to demo-veteran Lisa Fithian. Even after the police break up the Occupy Wall Street protest camp on 15 November 2011, many of the protesters stay in touch and, like Bobby and his girlfriend, try to live out their version of a better world. The media half-life of this movement would appear to be symptomatic of the way democracy works today: the Occupy protest may have failed, but it has engendered many a fresh initiative and has had enduring influence on our attitudes to life.
by Rebecca Chaiklin, Fisher Stevens USA 2014 87’