The Berlinale Residency programme supported writer/directors from around the world, who had already enjoyed their first festival and cinema successes, in developing their new fiction, documentary film or cross-media projects. Only feature-length projects to which a producer was officially attached were eligible for selection. 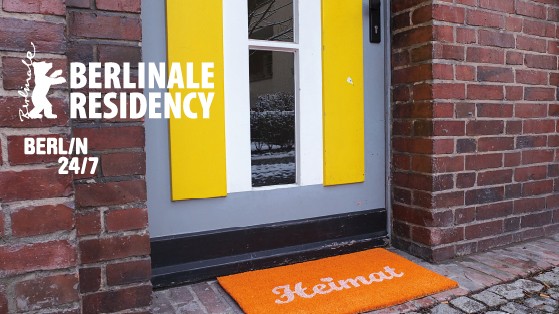 The Berlinale Residency offered the filmmakers a great working atmosphere, monthly sessions with renowned script mentors and social events with fellow filmmakers. Their producers received input from widely experienced industry professionals and support in preparing and packaging the selected projects for the international market in a workshop towards the end of the Residency programme. The filmmakers and their producers returned to Berlin in February for the Berlinale Co-Production Market where they presented their project to potential co-producers and financiers.

In 2012 / 2013, the Berlinale Residency gave six filmmakers the opportunity to maximize the potential of their projects and to find their audiences, without limiting the creative qualities of the stories they want to tell. The writer/directors received three monthly grants of 1.500 Euro each, enabling them to live and work in Berlin for the duration of the programme. 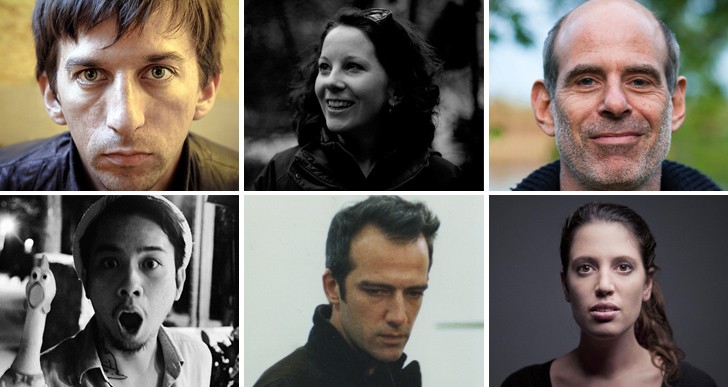 Matías Bize is a graduate from the “Escuela de Cine de Chile”. At the age of 23, he directed the film Sábado (2003), which participated in various international film festivals receiving multiple awards. In 2005, his film In Bed (En la cama) premiered at the Locarno International Film Festival. About Crying (Lo Bueno de Llorar, 2007), also celebrated its premiere in Locarno. He later directed the film The Life of Fish (La Vida de los Peces) which was screened at the Venice International Film Festival in 2010. The film later won the Goya Award for Best Hispano-American movie. The Memory of Water, developed in the Berlinale Residency, premiered in Venice Days 2015.

Following an MA in Film at the Dublin Institute of Technology, Rebecca Daly directed her first short, Joyriders, in 2006. Joyriders won the Irish Film Award and screened extensively at international festivals, winning several awards. Her short film Hum was selected and funded as one of the finalists for the Berlin Today Award 2010 within the framework of the Berlinale Talent Campus. Daly’s first feature film, The Other Side of Sleep, premiered in the Directors’ Fortnight at the Cannes Film Festival and was included in the official selection of the Toronto International Film Festival 2011. Mammal, developed in the Berlinale Residency, premiered in Sundance in the World Cinema Dramatic Competition 2016.

After having been trained as a cameraman at the arts university of Tel-Aviv, Samuel Maoz did production design for several films and TV dramas. As a director, he first worked on documentaries, directing for example the Arte production Total Eclipse, before he made the transition to fiction films. His feature debut Lebanon won the Golden Lion at the Venice International Film Festival 2009 and went on to be screened at numerous film festivals, winning several awards. Lebanon also garnered the Grand Jury Prize and Best Script Award at the Asia Pacific Screen Awards. At the European Film Awards 2010, Samuel Maoz won the prize for European Discovery of the Year. Foxtrot, developed in the Berlinale Residency, premiered in Venice Competition 2018 where it won the Silver Lion Grand Jury Prize, and went on to win 7 Israeli Film Academy Awards, among them Best Director. It was shortlisted for the Academy Awards 2018 as Best Foreign Language Film.

Born in 1984 in the Philippines, Raya Martin has already directed several features and short films. In 2005, he participated in the Berlinale Talent Campus. His film Now Showing was screened at the Cannes Directors’ Fortnight in 2008. One year later, the features Independencia, which was supported by the World Cinema Fund, as well as Manila were shown at the Cannes Film Festival 2009. Martin’s latest film, Buenas Noches, España, premiered at the Locarno Film Festival 2011, where he was also part of the jury for the international competition.

Rafi Pitts was born in Iran in 1967. During the war between Iran and Iraq, in 1981, he fled the country and moved to Britain, where he graduated with a BA in Film and Photography in 1991. His first short, In Exile, was presented the same year at the London International Film Festival. In the 1990s, Pitts moved to Paris and worked as assistant director for various directors, among them Leos Carax, Jacques Doillon and Jean-Luc Godard. Rafi Pitts’ first feature, Season Five, was selected for the Venice Film Festival in 1997. His film It’s Winter premiered at the Berlinale in 2006, where it was nominated for the Golden Bear. In 2010, his fifth feature film The Hunter, which received support from the World Cinema Fund, was also screened in the Berlinale Competition. Soy Nero, developed in the Berlinale Residency, premiered in the Berlinale Competition 2016.

Luna will be the second feature film of director Sacha Polak. Her debut film Hemel, which was also a cooperation with scriptwriter Helena van der Meulen, premiered at the Berlinale Forum 2012 and won the FIPRESCI award. Polak graduated in 2006 from the Netherlands Film and Television Academy with her short film Teer which was selected for a number of international film festivals. After Teer came short films El Mourabbi (2007), Drang (2008), Under the Table (2008) and Brother, which was screened at Berlinale Generation 14plus in 2012. In 2010, Sacha Polak took part in the Berlinale Talent Campus. Zurich, developed in the Berlinale Residency, premiered in Berlinale Forum 2015.

The Berlinale Residency was an initiative of the Berlin International Film Festival, supported by Medienboard Berlin-Brandenburg and the Federal Foreign Office.