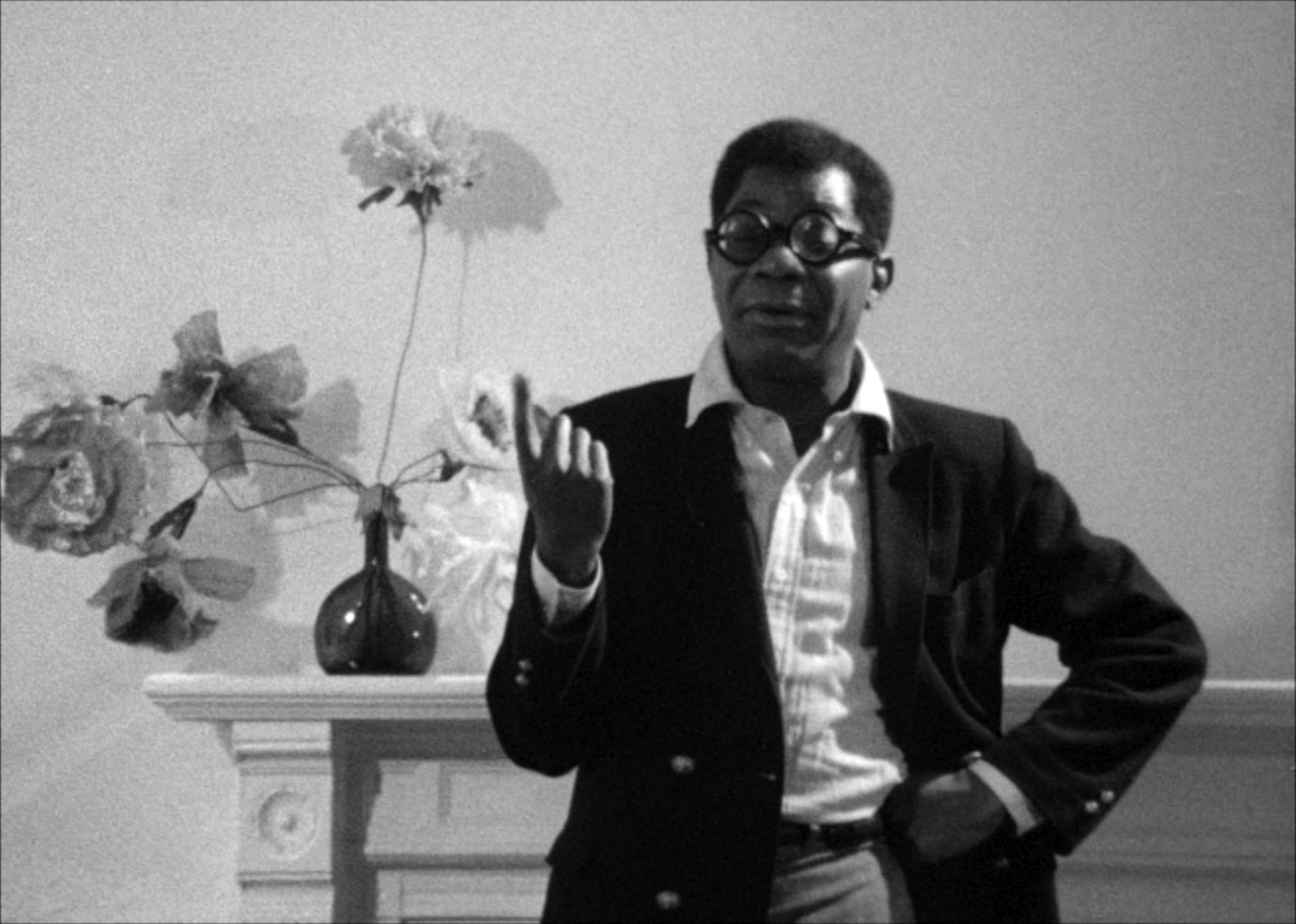 © 1967 Shirley Clarke, Courtesy of Milestone Film
"What I really want to do is what I am doing now: perform," says Jason Holliday in "his" portrait. Jason – black, gay and a self-declared hustler – directs himself, follows directions, narrates, invents, confesses, makes claims and ultimately challenges the camera, the film team composed of Shirley Clarke and Carl Lee (with whom she also collaborated on The Connection and The Cool World) and us, the viewers, as far as our notions of identity and truth are concerned. Reviews of the film continually point out that it cannot be categorised, not as documentary or phantasmagory, as audition reel or feature length interview. Portrait of Jason is all of those things at once and yet something else too: an extravagant dialogue with a camera and an audience. Since its initial success and distribution through the Filmmakers Coop, it has only been available on VHS and, since 2006, on DVD too; in the latter case, with the added speculation that the film’s persistent unavailability through the years can only be understood as a material expression of its categorical ambiguity. Now Portrait of Jason has finally been restored: "This is a picture I can save forever" (Jason Holliday).
by Shirley Clarke USA 1967 105’