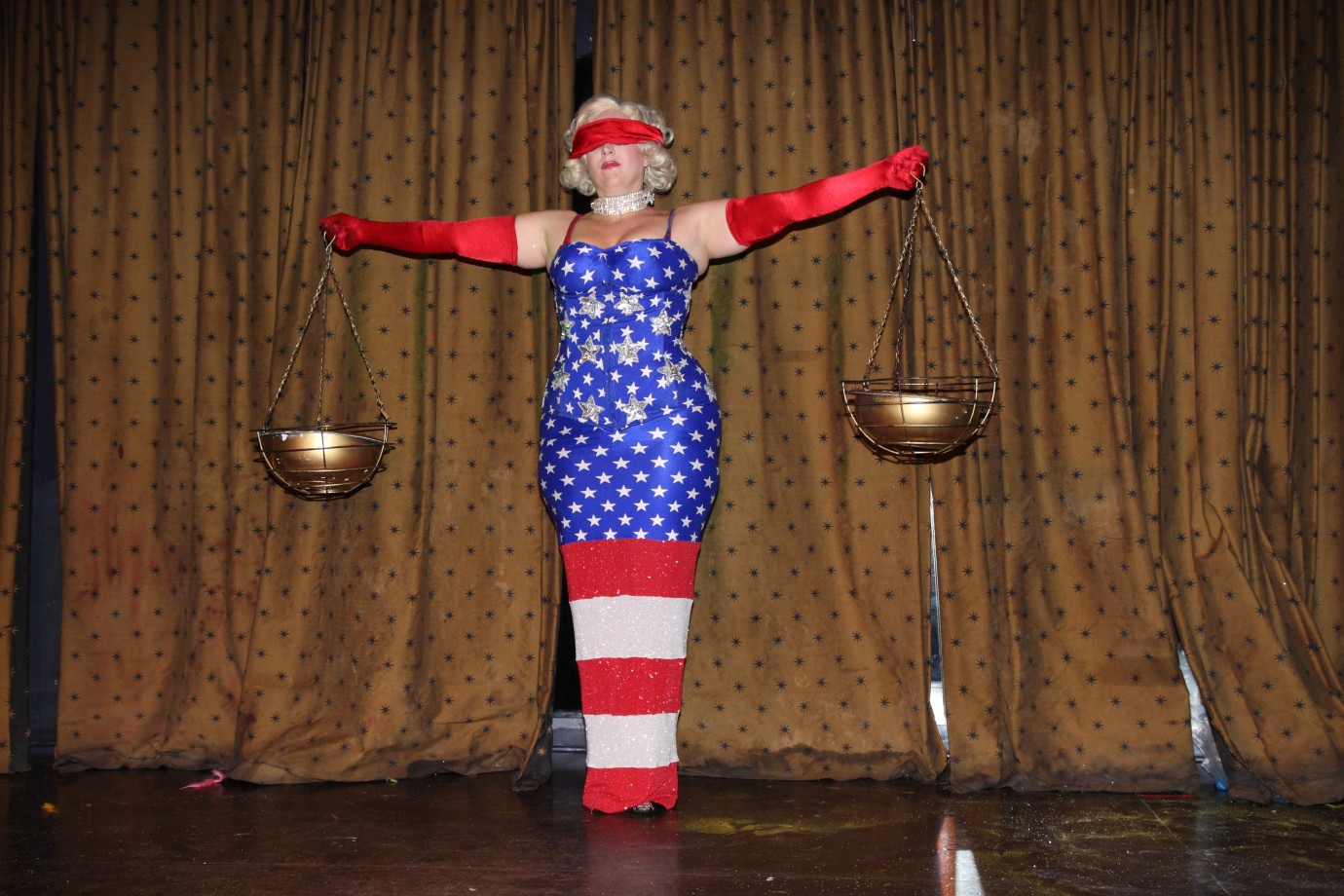 © Ande Whyland
In her previous work, underground artist Beth B has often addressed such topics as sexual repression and boundary transgression. In Exposed, she leads us through New York’s 21st century underground where classic burlesque – usually catering to the male gaze – is being radically redefined, prevalent sexual clichés are interrogated, and deeper meanings are teased out in a humorous and sometimes shocking way. From its founder James Habacker, we learn about the birthplace of neo-burlesque at the Slipper Room, one of the few remaining subversive venues on the Lower East Side; and the performers discuss their bid to do away with binary sexual roles and body stereotypes.
The film’s mixture of exclusive footage of live performances and intimate backstage interviews reveals a hidden world, in which the pleasures of exhibiting a (less than perfect) body and of transgressing sexual and gender boundaries are celebrated, and war is declared on society's norms.
by Beth B
with World Famous *Bob*, Rose Wood, Julie Atlas Muz, Mat Fraser, Bunny Love, Dirty Martini, Bambi the Mermaid, James Habacker, Tigger! USA 2013 77’