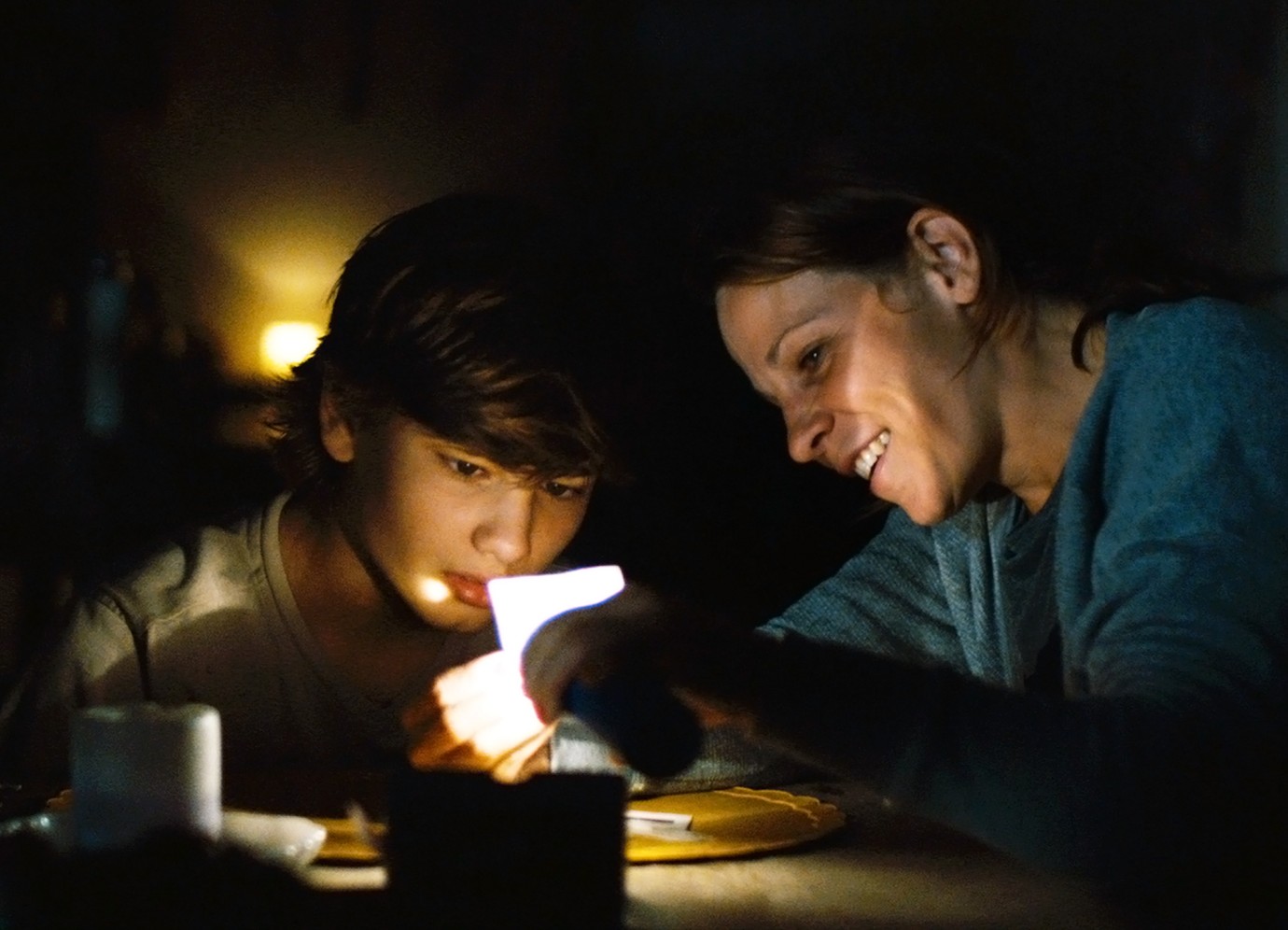 © Cinereach
A mother and her son Atticus lead secluded lives in a wooden house in a forest. It is beautifully romantic with a reed-lined duck pond to serve as a bathtub. They don’t need much to live on, can get by without electricity and find a use for many things people leave on the roadside. But the mother is ill and refuses to accept help, and when she is finally examined it is too late. Returning from a birthday party one day Atticus finds a paramedic carrying his dead mother out of the house. Not wanting to be taken into care, he escapes into the woods. Atticus knows his way around and roams without fear. Sleeping on moss, he manages to survive for days on a diet of herbs and berries. But the forest is not always idyllic. There is plastic and pieces of wrecked cars strewn around and from time to time he hears a shot ring out in the misty air and finds traces of ominous military manoeuvres. One day, a man saves Atticus from a dangerous situation. He too is without a home, and lives as freely and independently as the boy's mother always dreamed of doing. Director Tom Gilroy does a terrific job of creating entire sequences in which not one word is spoken, without losing any of the tension.
by Tom Gilroy
with Lili Taylor, Peter Scanavino, Silas Yelich, John Ventimiglia USA 2012 100’