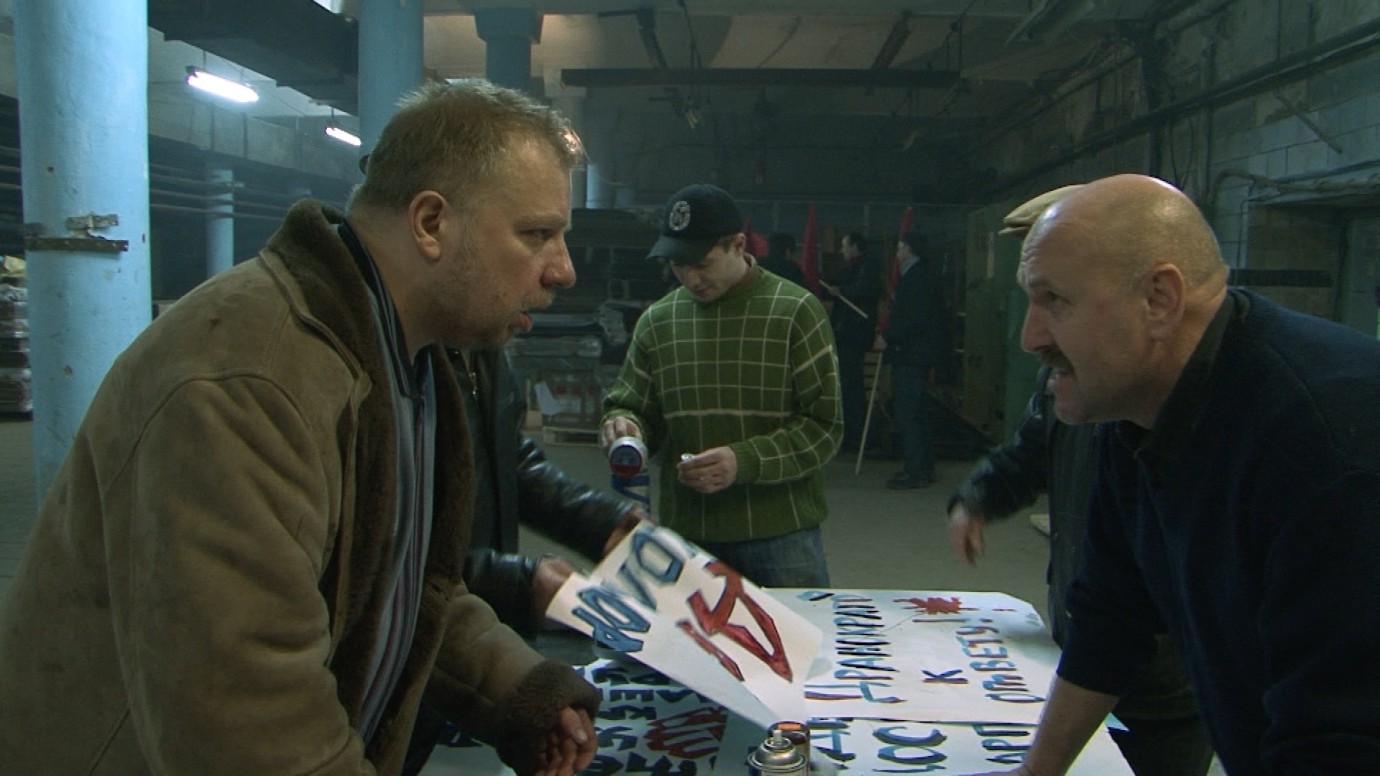 The workers in a steel factory have organised an independent trade union to protest against intolerable working conditions, rotten cafeteria food, wage cuts, and layoffs. The factory owners, who have the official trade union on their payroll, seek to combat their activities with every trick in the book. With a focus more on irony than psychology, the film cites all kinds of historical, literary, and aesthetic discourses in intelligent, entertaining manner. While the capitalist (portrayed here in the style of the oil barons from American TV series) is concerned with expanding his collection of representative art as a means of expressing his power, the members of the workers’ film club debate aesthetic concepts by pitting Brecht against Hollywood. And the independent unionists discuss the theses of Marxist historian Mikhail Pokrovsky, who relates the history of Russia as one of class struggle. While its content may be the stuff of heroic sagas (film history showing where rotten cafeteria food can lead), contemporary turbo-capitalism is more familiar with broken heroes and showdowns rather than revolution. Both Brechtian and Hollywood in formal terms: alienation effect and bloodbath.
by Svetlana Baskova
with Sergey Pakhomov, Vladimir Epifantsev, Victor Sergachev, Lavrenty Svetlichny, Aleksandr Kovalev Russian Federation 2012 106’