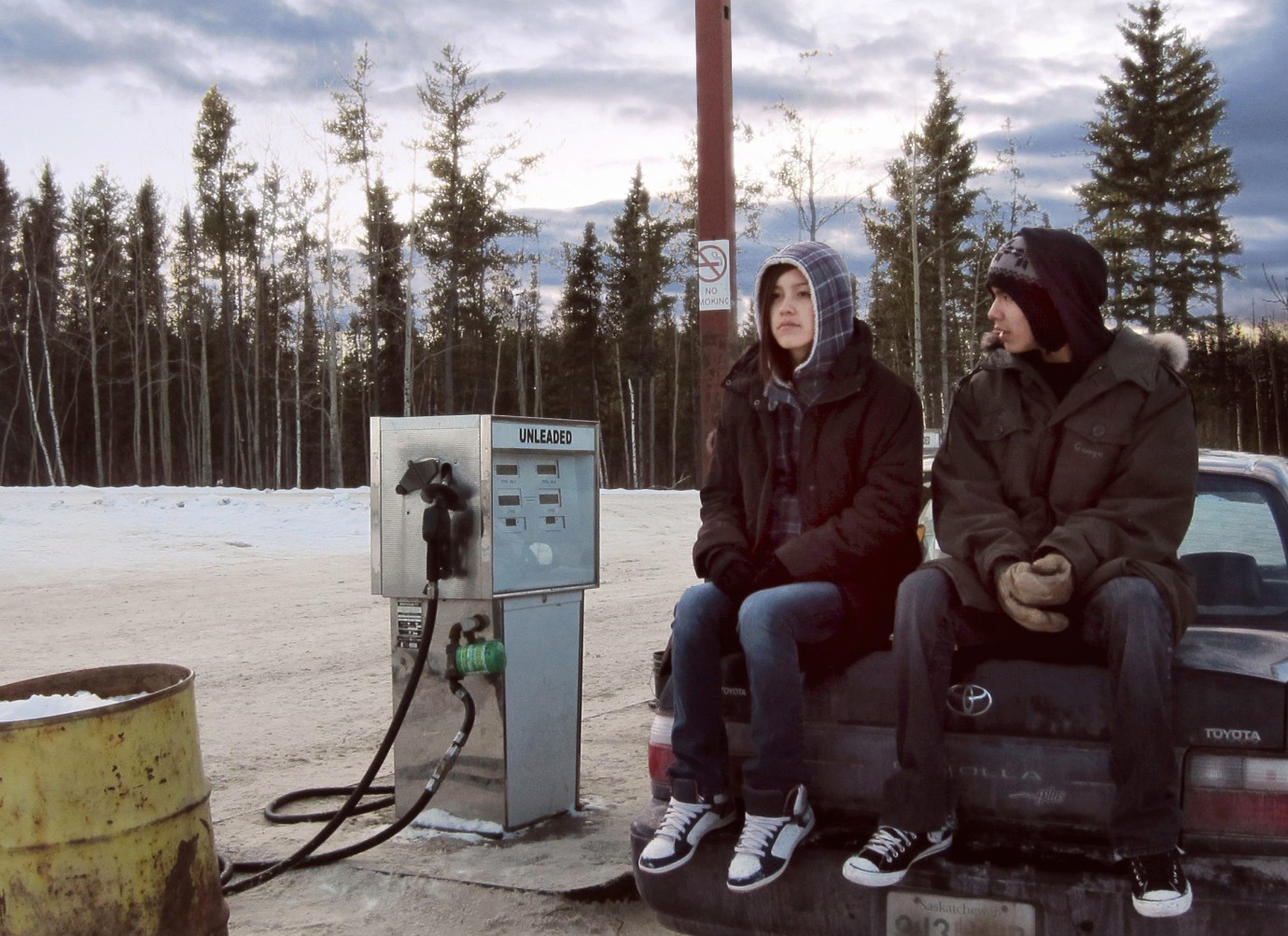 © Branden Bratuhin
Very young mothers are by no means a rarity among the Cree in snowbound Saskatchewan. But, unlike her girlfriends, sixteen-year-old Alyssa has other reasons for the swelling beneath her hoodie. Unfolding in just a few spare scenes, the film tells the story of young love that goes awry. Filmmaker Danis Goulet - who is herself Cree - describes the challenges of living in such an isolated community. Her film is also an exploration of the hopes, desires and prospects for young Cree women today.
by Danis Goulet
with Emily Roberts, Cole Ballantyne, Kassie Svendsen, Ida Tremblay Canada 2012 11’