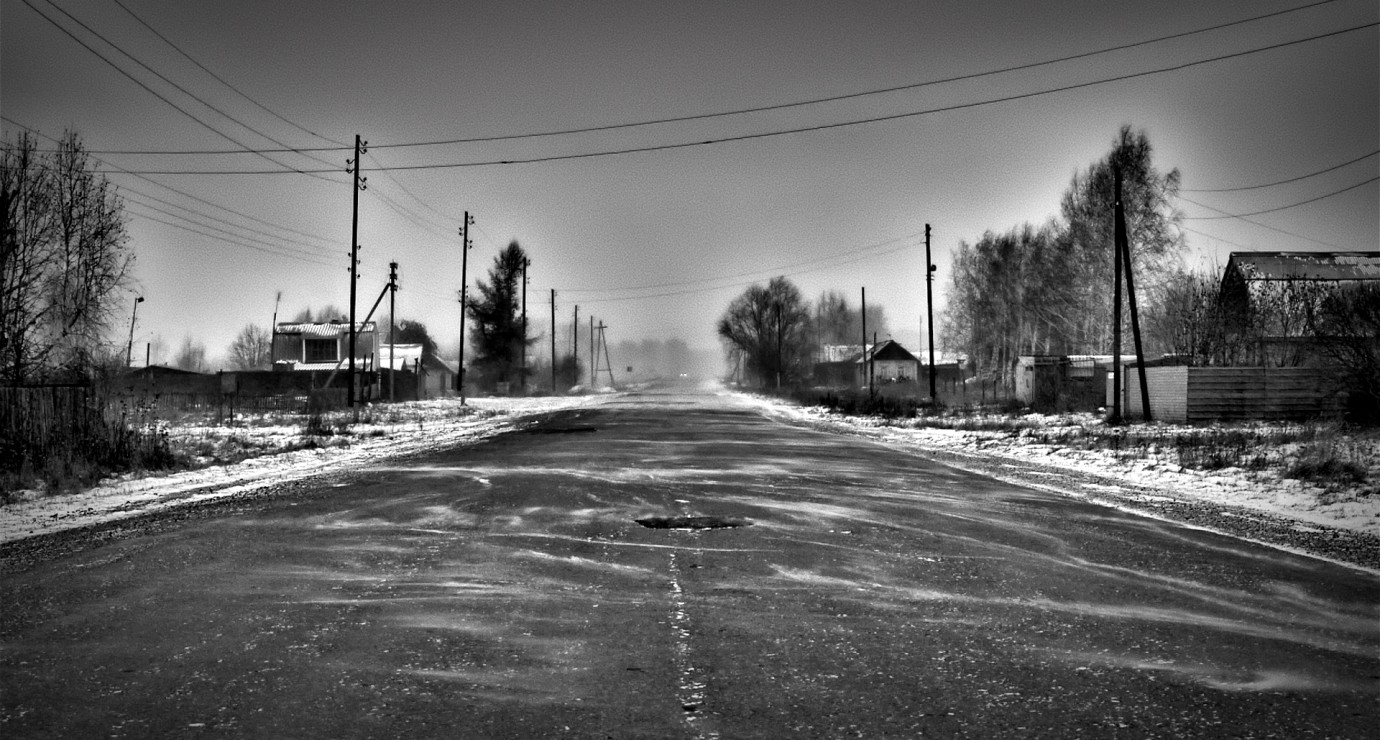 A winter landscape with figures in the southern Ural Mountains captured in high-contrast black-and-white. These images harbour an eerie beauty which, although it cannot be seen or heard, is nonetheless unmistakable. Flanking the course of the river Techa and extending some 23,000 square kilometres, this region is one of the most radioactively contaminated in the world. Regular daily use plus several major accidents at the nuclear plant Mayak, which has been operating in complete isolation from the rest of the world since 1948, have contaminated the water, the soil and the air in the region and exposed the people who live here to a permanent augmented radiation. Even more astounding is the fact that the local people were given no warning of the effects of radiation contamination following the disastrous chemical explosion of 1957. After Chernobyl and Fukushima, the Kyshtym accident is widely held to be the third worst disaster in the history of nuclear power. But today, 55 years after these apocalyptic events, the struggle of the people who live here is about more than just survival.
by Sebastian Mez Germany 2013 84’