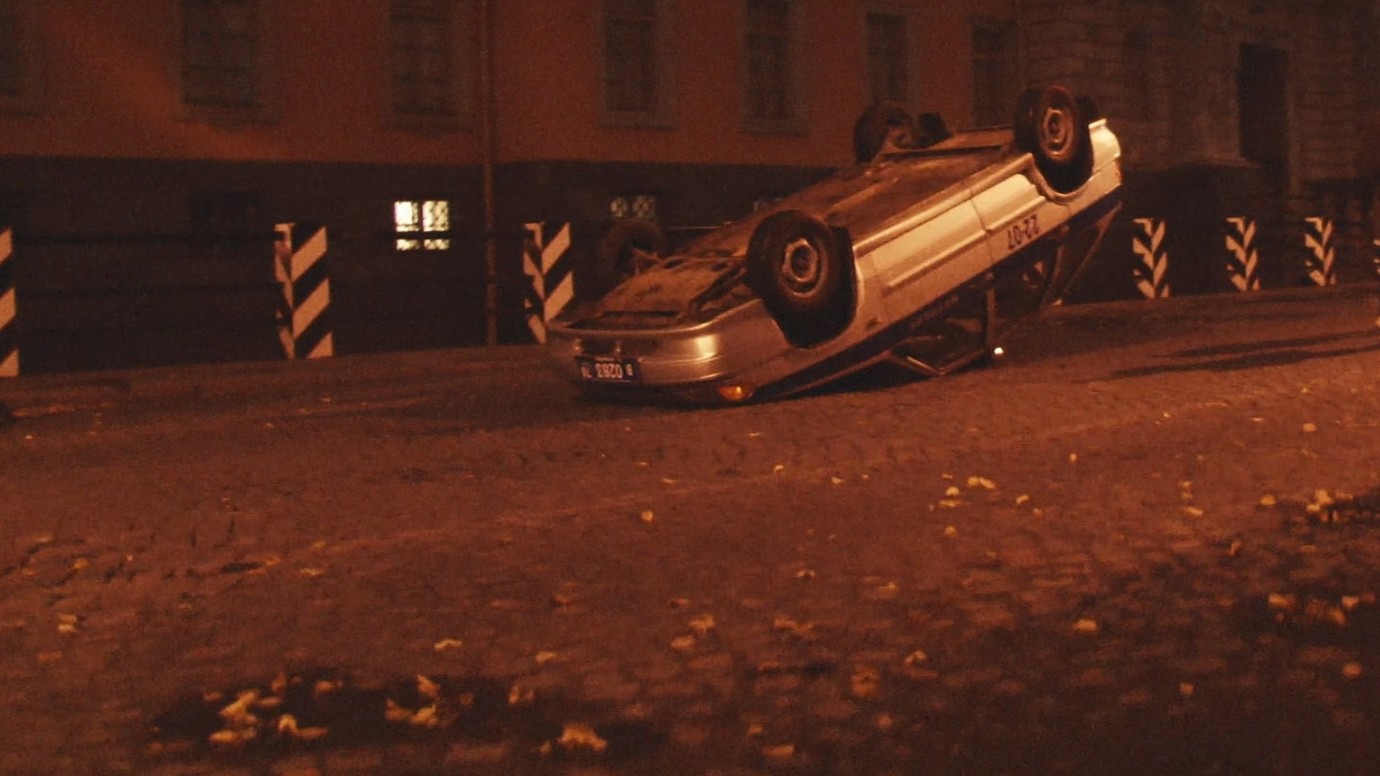 How do you go about tipping a car from its wheels on to its roof? Do you rock it slowly back and forth to tip it over or have several people lift from one side and flip it over that way? Russian artists’ group Voina (war) had to solve this physical problem for one of their spectacular artistic performances. A widely circulated clip shows them tipping over an empty police car. Political performance art that provokes and exposes the authoritarian regime in a witty, intelligent and effective manner. Art that has brought the group acclaim in the international art scene while landing its core members with prison sentences and international arrest warrants. Art that needs publicity to become a symbol of resistance. The number of views on YouTube is a reason for hope. These public images of Voina performances are also incorporated into Andrey Gryazev’s documentary and thus enter an additional distribution channel. By “merely” supplementing them with discussions, private scenes and television footage, a film emerges not just about Voina but also with, by and for them, almost becoming part of Voina in the process, itself a performance producing images that cannot be shown often enough.
by Andrey Gryazev Russian Federation 2012 90’ 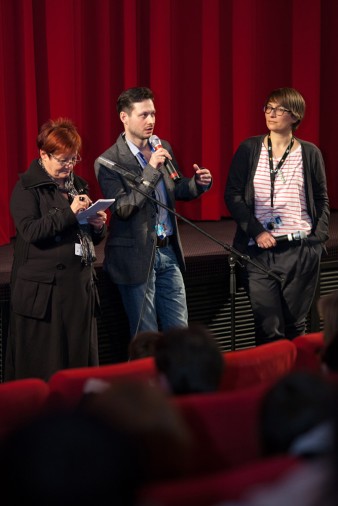