"Short Films are Closer to Sketches than to Paintings."

For the fourth year in a row, Maike Mia Höhne is curating the Berlinale Shorts and heading the section. Time for drastic change? In the interview, she discusses a shifting focus and the consistent elements of the programme, the portrayal of social conditions and relations, and the recognition short film deserves. 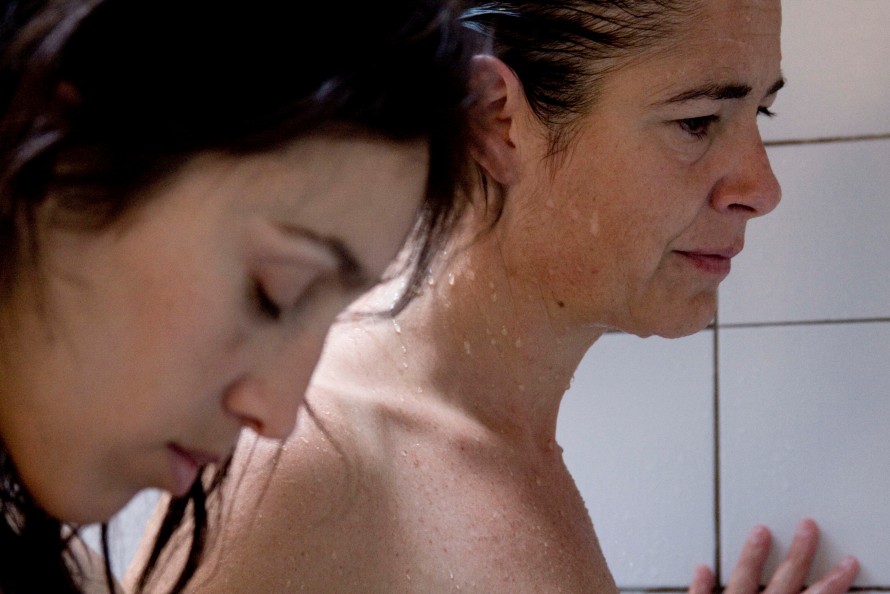 If you look back at your years as the curator of Berlinale Shorts, what would you like to change in 2011?

After the experiences of the past few years, I have consciously searched for new ways to develop the programme, because I want to offer cinemagoers a fresh take on short film. We want to continue to grow and uncover new experiences. Therefore there will be a certain break from the past. At the same time I will remain true to my style. So, what is experimental film in the year 2011? The Berlinale Shorts show possible approaches. Experimentation in narration has a high value. The Berlinale is a place where films that inhabit the periphery find a home.

In your opinion, what special qualities do short films exhibit with respect to narration?

That can be explained with an example: We have Scenes from the Suburbs in the programme, a film about memory that Spike Jonze made to the music of the band Arcade Fire. It’s often said that the music video is dead, but in this mix of clip-aesthetics and narrative elements, Jonze provides an exciting and fertile perspective on this form of visual storytelling. In the narration he retains the structure of the music video, and shows loosely connected, unmediated scenes from suburbia. The images are excerpts, impressions, and don’t spell out a story with a beginning, middle and end. The result is a hybrid form: Jonze is limited by the music video genre, but uses the power of the music to carry his narrative. The connection of the song to the narrative elements triggers a wonderful, nostalgic feeling for a distant, bygone summer.

Scenes From The Suburbs by Spike Jonze

On the one hand, these images are citations from movies in the 1980s, but at the same time, Jonze links that to a vision of the future: the neighbourhoods, the suburbs are sealed off and come under siege from a massive, dark security apparatus…

Exactly. Within the music video format, Scenes from the Suburbs creates an entire world and describes with great precision tendencies in our contemporary society. Themes of social control and security, military and the police, arise again and again throughout the entire programme: whether from a historical perspective as in Apele Tac (Silent River) by Anca Miruna Lazarescu or as a central area of problems as in Ashley/Amber. Or else – as in Scenes from the Suburbs or Aterfödelsen (The Unliving) – as a visionary, dystopian picture of society.

Ashley/Amber is about the anti-war movement in the USA…

Yes, the film is a conflict-ridden entanglement of various themes related to the character of a young woman: an excursion into the world of porn, a friend deployed in a war and the growing engagement within the student peace movement. Besides the intelligent cinematic linking of these areas, the director Rebecca Rojer captures much of the real-to-life atmosphere in Harvard, where the film plays and where she herself is a student. One doesn’t ‘just’ see a fictional film, but really gets informed about conditions in certain regions of the world. I was not previously aware that there was such a strong resistance movement in the US – including occupied buildings and political discussion groups. Through the specific quality of the 16mm material that Rojer uses, you feel like you’ve traveled back to the era of 1970s activism. And at the same time you are aware that it’s about very real occurrences in today’s world. 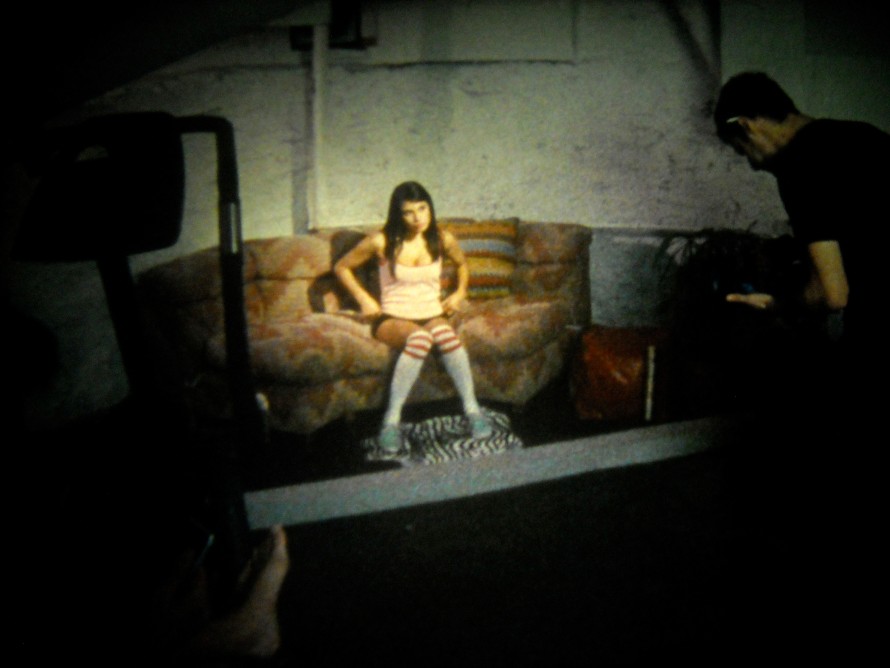 Sudsanan (Terribly Happy) by Pimpaka Towira is an example in which such examinations into regional realities provide the framework and are perhaps also the cause of the main character’s unhappiness. In wonderfully clear and at the same time disturbing images, the Thai military stumbles through rural areas on the search for rebels. And suddenly we accompany the main character, one of the soldiers, back to his hometown, where he finds out that his ex-girlfriend has since married another man. An impressively honest film about imagined worlds and confrontation with a sometimes harsh reality.

Do you share the impression that the films in the programme draw a rather depressing, pessimistic picture of our reality? The films seem to revolve around themes such as the lack of empathy and alienation.

As we can see, none of them are pure apocalyptic fantasy. Often they seem to be about a certain form of the “me”-society, in which the ego stands above all else. That raises questions: How can a society in which everyone just cares about themselves survive? Fitting with this paradigm is Hugo Lilja’s Aterfödelsen (The Unliving), in which the healthcare system is radically reconceived through a zombie metaphor. Such films look at the status quo and find their own forms of presentation. They don’t provide utopian alternatives to the current situation, but take stock of the way things are: they show certain conditions in the world – and both exist: the self-centred ego and the ego that rises above itself. 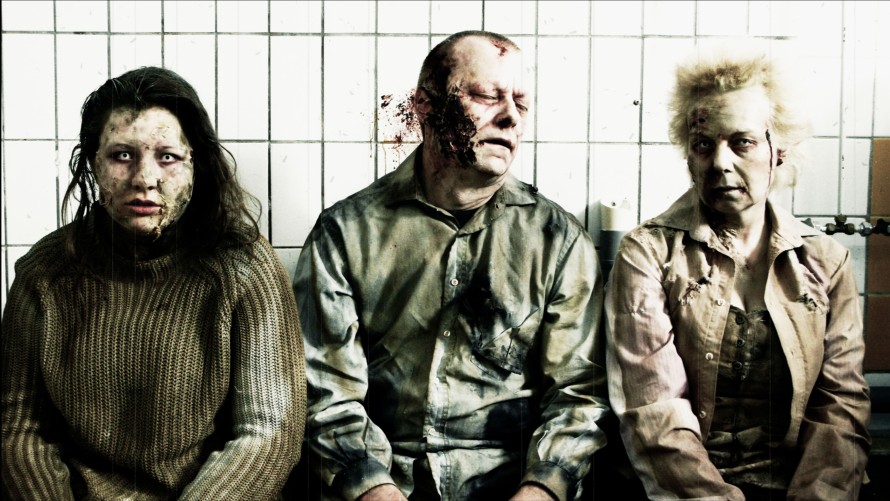 You talk about the self-sufficiency of the narration in short films. In your opinion, what are the special narrative qualities in short film?

One of the big freedoms is that artists can take a very different approach to the narrative framework. Not everything has to be over-told and spelled out. Short films are closer to sketches than to paintings. Something I feel is closer to me, too. Short film is always interesting if the filmmakers try things out and discover new means of visual narration. I love this gentle, unfinished quality, as in La Ducha (The Shower), for example, by Maria José San Martin. Here, the narrative thread is often barely touched, while narrative associations form an organic narrative structure. The film plays in a single room. We see only two female bodies, who are talking to one another. But at the same time so much happens in a few, very powerful images. The film reveals a relationship drama that we all know well ourselves without spelling out a clear meaning – finally, everything remains open. The story unfolds through the gestures, the body language, less through the dialogue, since the characters hardly express their true motives. Through this minimal input one understands the perspectives of time, before and after the current situation, which the image implicitly talks about in every frame. And so La Ducha develops an impression of how a farewell feels out of this almost claustrophobic spatial limitation and through the narrative omissions. The viewer fills the omissions with his own knowledge and becomes very close to the characters. It would be exciting to find out if such a constellation and this type of approach to narration would work for over 90 minutes. 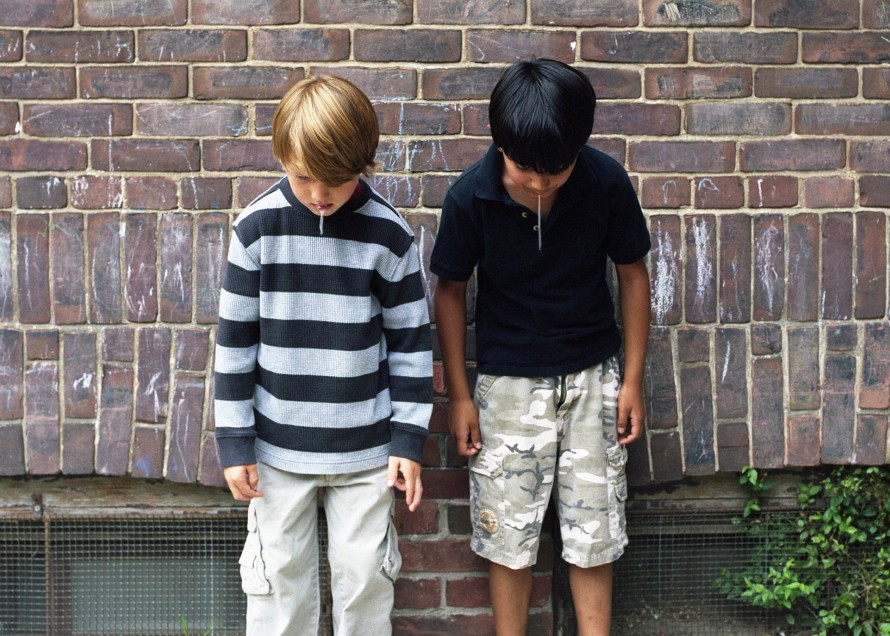 If the films are focused in narrative terms, do they also have to experiment with new paths?

Yes, I look out for that. Also with the filmmakers whom we’ve invited several times over the past few years, such as Kazik Radwanski, who will be presenting his new film Green Crayons. Following his earlier entries Out in That Deep Blue Sea and Princess Margaret Blvd., this film is once again a prime example of the type of artistic open-mindedness and searching that we are looking for. We want to see signs of further development in the works, and that the artists are ready both in terms of form and content to try new things and to arrive at different solutions.

The way the story is narrated in the films should have something special about it. In the imagery of Back by 6 by Peter Connelly, the movement of the body is mirrored by the movements of objects. The filmmaker is primarily concerned with this synchronicity. The formal approach is, at first glance, experimental. At the same time, on the narrative level, the director creates a specific world of meaning, and shows us how magical the world we inhabit is and that in daily life we all too often think only in terms of alienation. The characters in the film become our representatives, who show us how beautiful the world can actually be. 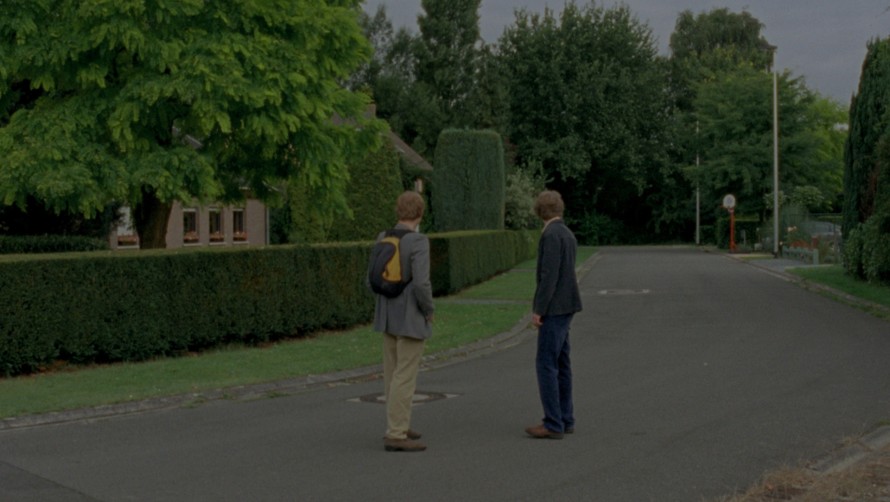 Back by 6 by Peter Connelly

A diversity of approaches, forms and themes is one of the criteria that audiences have come to expect from short film programme blocks. This year you selected many films that run for about half an hour. Does that make it more difficult to put together the individual blocks of films?

There are different ways of bundling the films together – thematically, for example. Or when one film builds upon another. But I play with these structures, insert breaks, try to make compositions, by tapping into the emotions of the films. We don’t select the individual films based on a big theme and then assemble the programme. Still, there is always a logic, no matter how divergent the content and formal approach of each film is. It is good to watch the films together. It leaves a unique impression. This year the most interesting question is how the shorter films will be integrated so that they don’t go under between the many half-hour films. The mix has got to be right.

Last year you organized discussions about the short films enabling exchange between the audience and filmmakers. Were these film talks a success that should be repeated this year?

The events were a big success, so we are holding them again this year. I like the temporal disassociation with the cinema screenings. In this way the audience will have left the room, allow some time what they’ve seen to sink in without having to directly subject their impressions to general attempts at rationalization. Last year it often became much clearer in the discussions where the artists stood with their work. There were many open dialogues with the audience, as opposed to podium discussions. It is important to create a situation in which the viewer feels comfortable talking. The central aim of these discussions – as you have already mentioned – is the exchange between filmmakers and their audience.

In 2011, the Golden and Silver Bear for Shorts will be awarded at the official awards ceremony on the last Saturday of the festival for the first time since 2002. Was this step long overdue in your view?

It was the right step. Through integration into the official ceremony, short film gets the attention and weighting it deserves. The short film is anything shorter than a feature-length film. There is an incredible spectrum. This spectrum is enrichment in its brevity and therefore I am very happy that the Bears will be presented together.

What are the criteria for selecting the members of the Berlinale Shorts jury? Do you look for the broadest possible diversity of perspectives? How do you see it?

I wanted jury members who were aware of the high quality one finds in short films. We have daring filmmakers and daring films, so those who select the winners should make daring choices. And in fact: I pay special attention to getting a variety of perspectives on the films when it comes to assembling the jury. Therefore, in future, I could imagine having a musician or a writer on the jury. Films have an emotional impact and that is also the case with many works in other artistic fields.