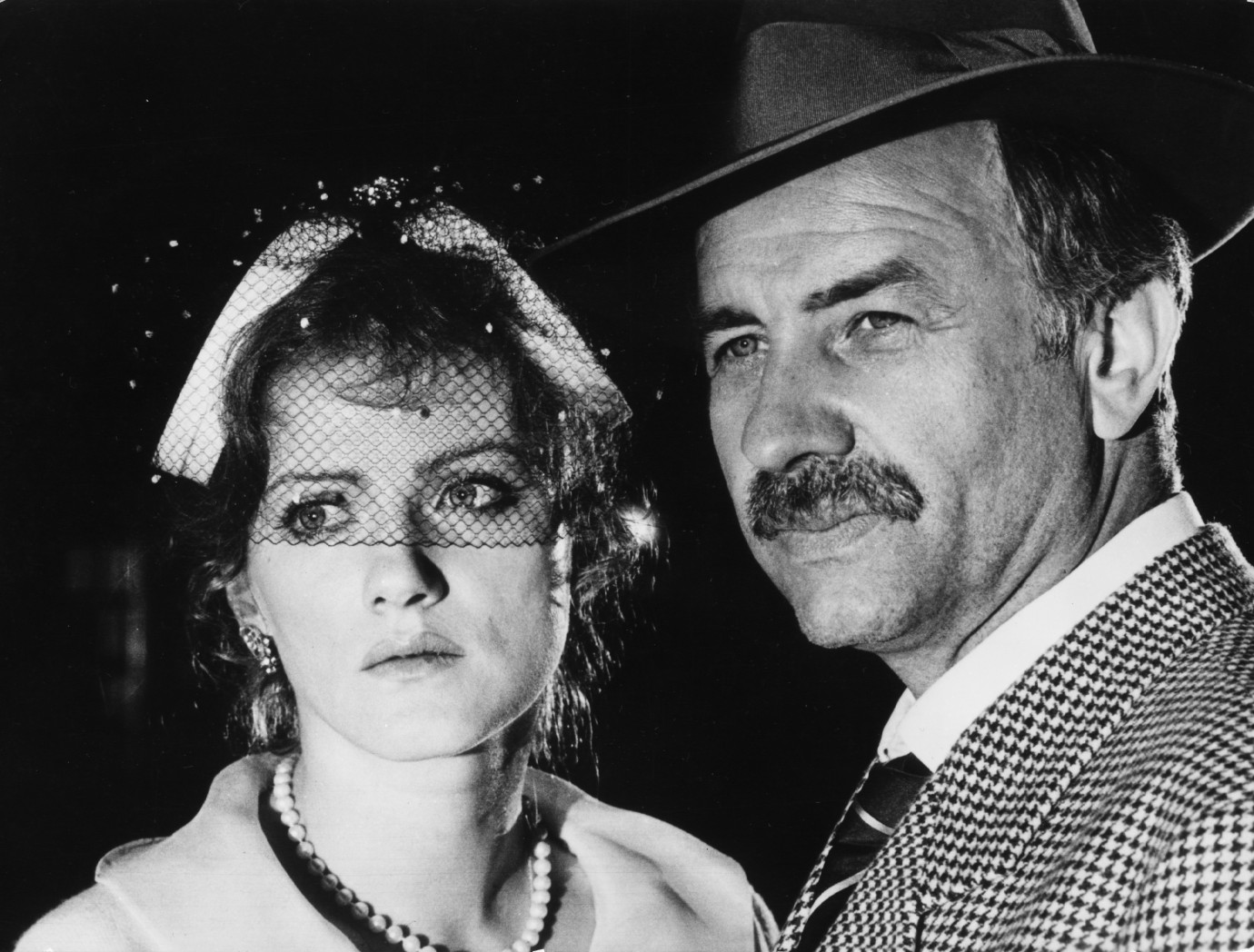 © Rainer Werner Fassbinder Foundation, Berlin
THE BLUE ANGEL, transposed to a small town in northern Bavaria in 1957. Construction magnate Schuckert knows how to play his cards right with the local councillors. But then a new municipal building officer is appointed: Herr von Bohm – engagingly played by Armin Mueller-Stahl as a Prussian stickler of the old school. In a bid to get to grips with Schuckert, the newcomer dares to enter the lion’s den: the infamous Villa Fink brothel, which is the veritable hub of the town’s economy. But then the honourable building officer falls in love with a beguiling whore known as Lola. Armin Mueller-Stahl’s first theatrical feature in the West bears all the hallmarks of a farce: garish, cynical, frivolous – and hugely entertaining.