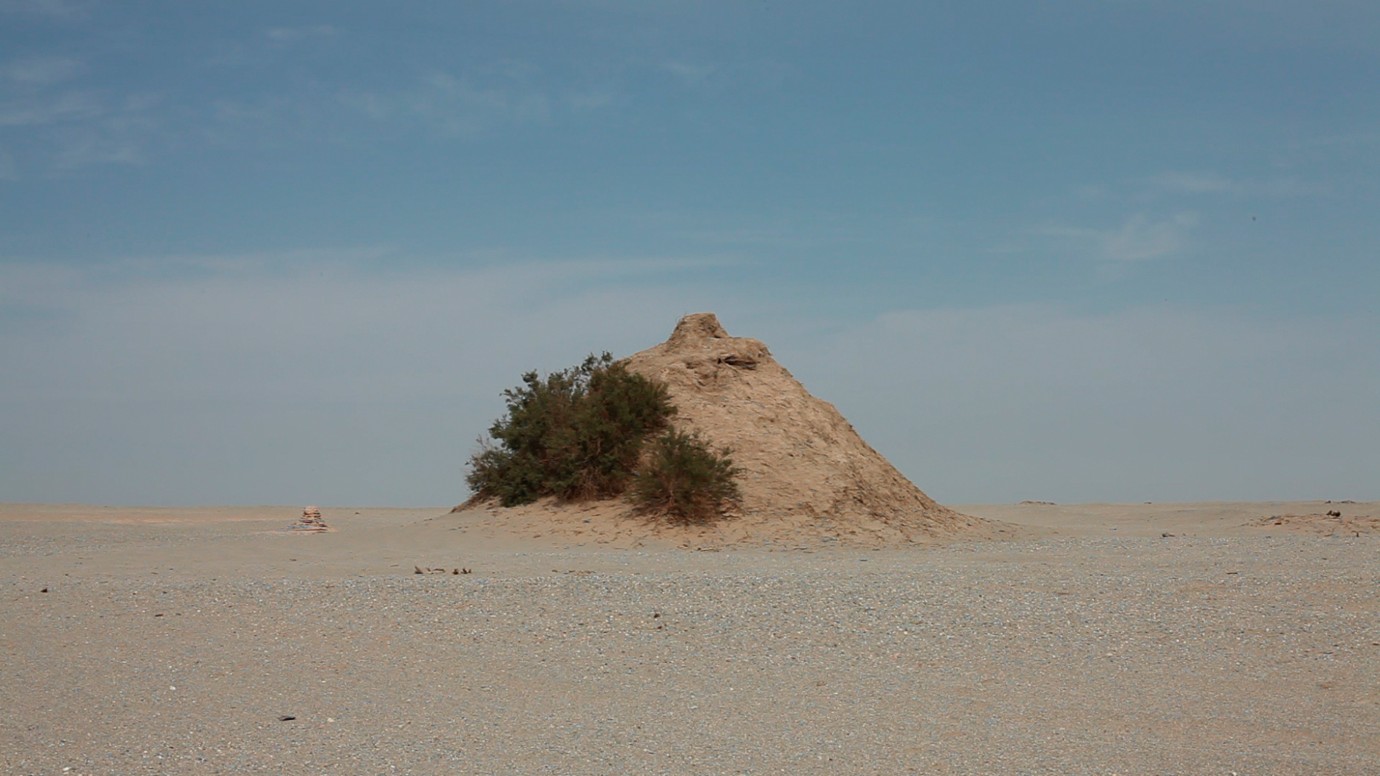 Shot in Xinjiang province in Western China two months after the riots between Uighur and Han Chinese that left over 200 people dead, Minor is a video about the indefinable properties of history, language, geological formations and adolescence. Originally inspired by Sven Hedin’s The Wandering Lake (1937), Minor examines indeterminate ways in which culture and landscape are linked. “In Minor, I worked with local non-actors of Uighur and Chinese descent to create ephemeral sculptures manipulated by the wind. (…) The act of collaboratively doing created a space of dialog.” (Patty Chang)
by Patty Chang USA 2010 25’