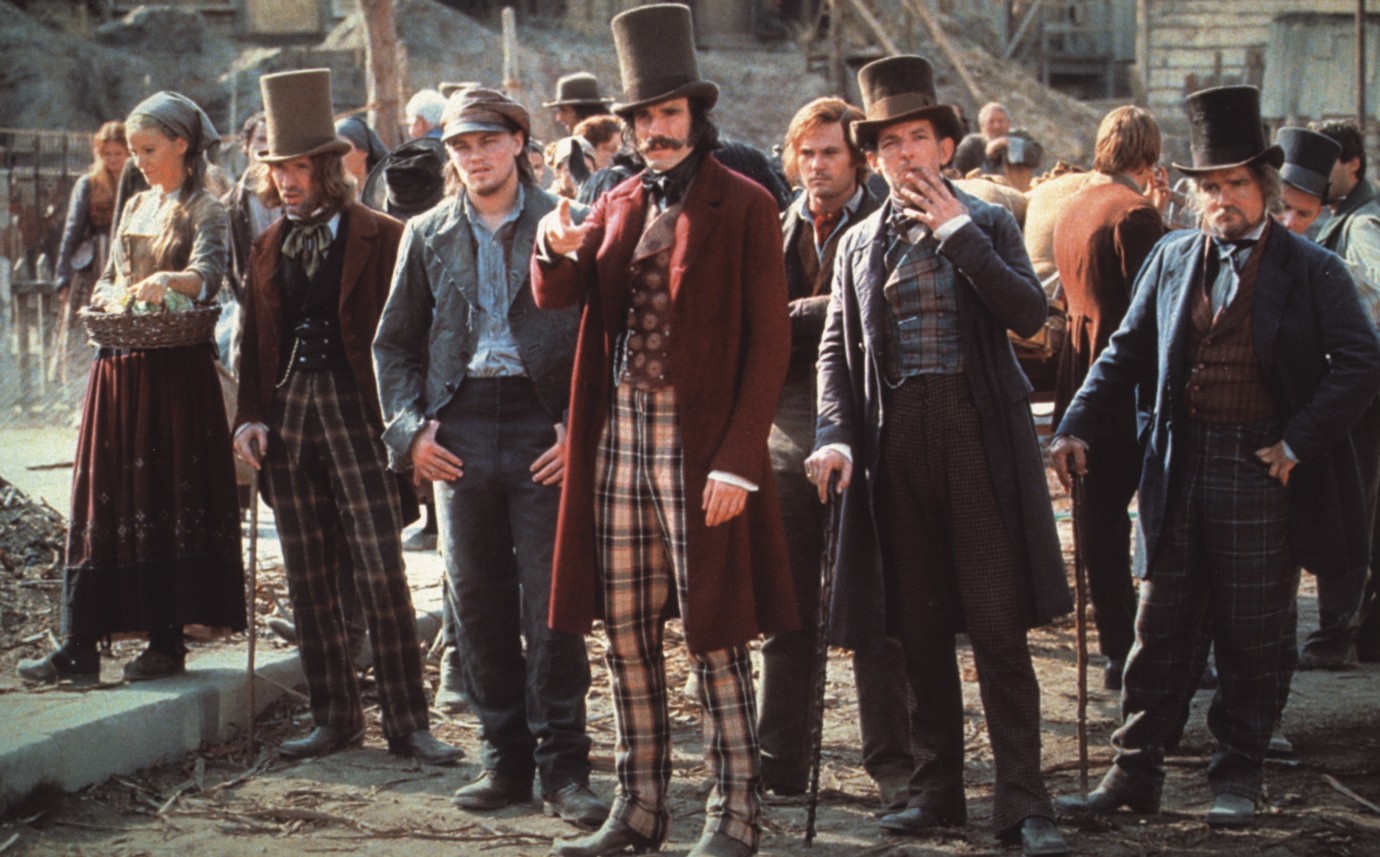 Source: Deutsche Kinemathek
Southern Manhattan in the 1860s.This was a period of great upheaval in the USA, with the whole country on the brink of civil war. However, for the poor inhabitants of New York, war had broken out long ago – directly on their doorstep. At the time, political corruption was rife and lawlessness a way of life, with rival gangs struggling for supremacy on the streets. In particular, Five Points – a bitterly impoverished area between the port, the wealthy business district of Wall Street and the lower part of Broadway – became a magnet for the underworld. After sixteen years in an approved school, Amsterdam Vallon, a young Irish immigrant, returns to Five Points to settle an old score with William Cutting. Cutting, otherwise known as “Bill the Butcher”, is not only a powerful gang leader who hates immigrants, he is also the man who murdered Amsterdam’s father. Amsterdam is aware that, in order to carry out his plan, he will first have to get himself accepted as part of Bill’s inner circle.The situation is made more difficult for Amsterdam when he meets Jenny Everdeane and finds himself fascinated by the seductive beauty and hard-won independence of this mysterious pickpocket. However, Jenny has a past that complicates his plans even further . . .

As Martin Scorsese comments: “The decade around 1860 is a gold mine of unbelievably moving stories about the working population of New York, about the waves of immigrants who lived on the streets, about corrupt politicians and legendary gangsters who fought each other in order to gain control of everything. These stories tell us about an era in which America’s ideals were put to the test. These stories are the myths about our origins.”