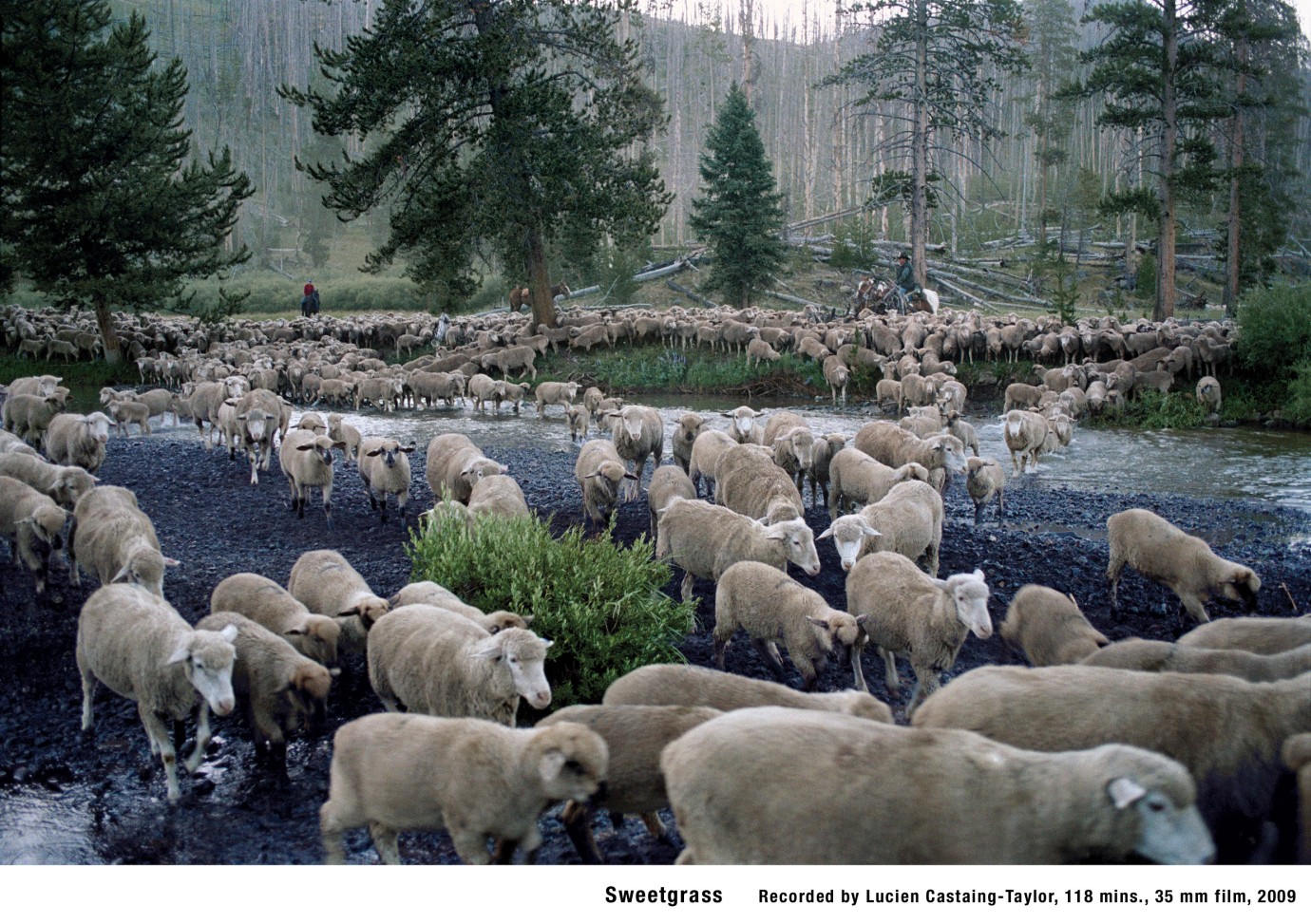 Sheep – as far as the eye can see. The anthropologists and filmmakers Lucien Castaing-Taylor and Ilisa Barbash spent three summers documenting sheep farming at one of the last family-owned ranches in the Absaroka-Beartooth Mountains. A sheep eats, and we see and hear it chew and the tinkle of the bell around its neck. Then it discovers the camera and fixes its eyes on us, freezing the image. Now all we hear is the wind. Original sound of this kind helps lend precision to every shot. During shearing we can actually feel the physical exertion of the shepherds and the dazed state of the sheep. The order of the gaze in space analyzes the relationship of a newborn lamb to the herd, to its mother, and to the shepherd. Then a thousand sheep push through a gate or follow the trail of grass left by a feeding machine, and it has the effect of a crowd scene in an epic film. By the time we have reached the top of the mountain and the herder calls his mother complaining of knee pain, our image of the lonely shepherd has been replaced by that of the cowboy. In scenes like this and in the coarse humor of the ranchers as they handle the animals during branding lies the story of free-range sheep farming in the American West, a story that began in the nineteenth century and is now slowly coming to an end.