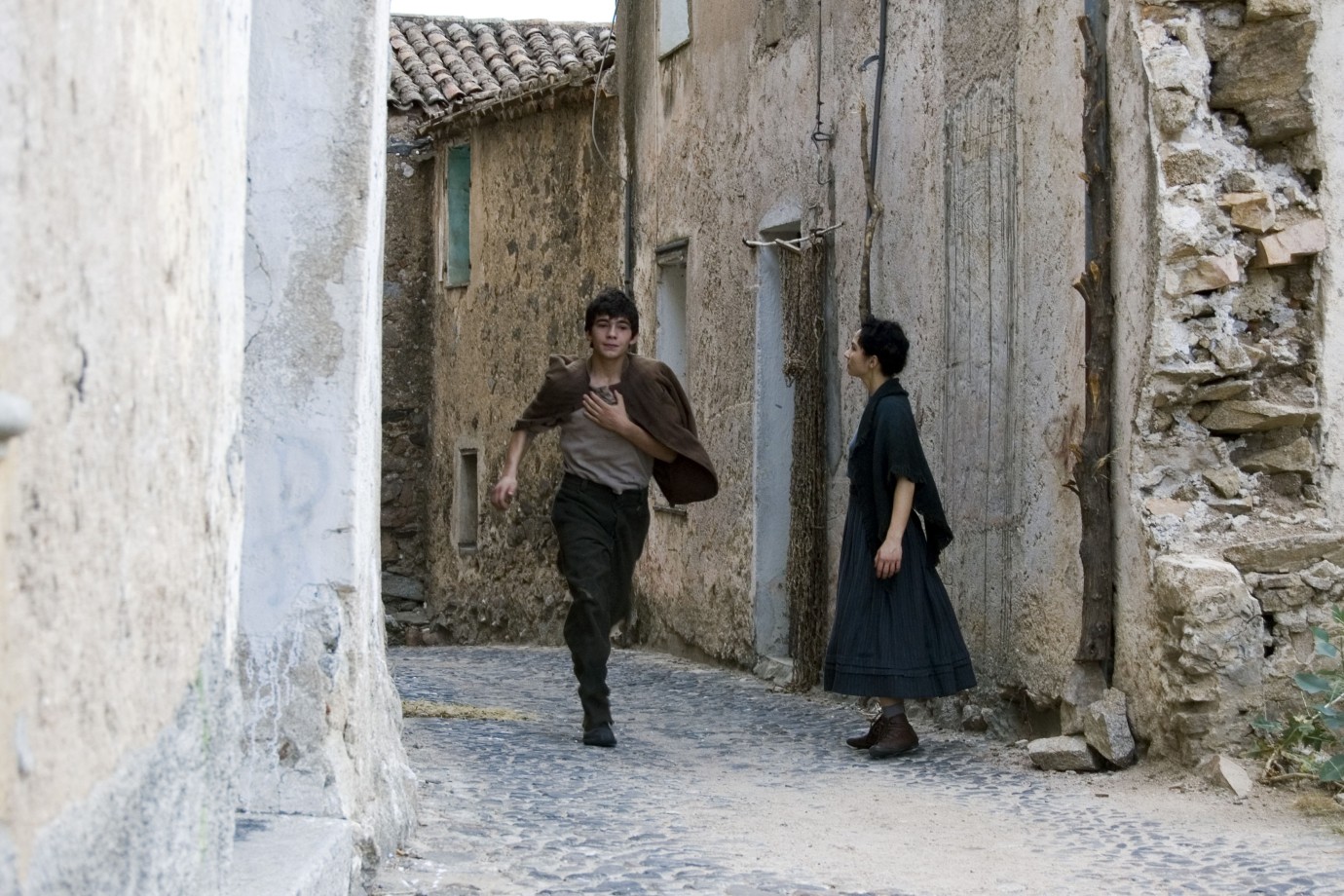 In his second feature film Italian director Mereu tells a coming of age story that also chronicles Sardinia’s history between 1927 and 1950. The film’s protagonist is Sonetàula, who is twelve when the story begins and 25 when it comes to its tragic end. As a child, Sonetàula minds sheep while his innocent father serves an unjust prison sentence. The boy grows up surrounded by nature and original, bucolic characters such as his grandfather Cicerone and Giobatta, who lead him through a landscape that seems to lead a life of its own.
When Sonetàula is 18, he is insulted by his friend and rival Bulluzzadu. He takes his revenge – not on Bulluzzadu personally – but on the animals in his herd. When summoned by the police, however, he remains silent. Instead, he runs away and becomes a bandit; he takes part in raids, commits murder and finally becomes a fugitive, spending his life on the run, as lonely and nervous as a hunted animal.
Sonetàula’s tale is interwoven with the stories of two other young Sardinians – Maddalena and Giuseppino. Maddalena grows up in a happy family where she has always felt loved. Giuseppino on the other hand has broken with tradition and decided to lead a completely different life. Unlike Sonetàula, Giuseppino manages to survive by accepting the progress that inexorably comes to Sardinia as, accompanied by the sound of bleating sheep and the crackle of machine guns, and, thanks to American troops, measures are taken to control malaria and electricity comes to the villages.