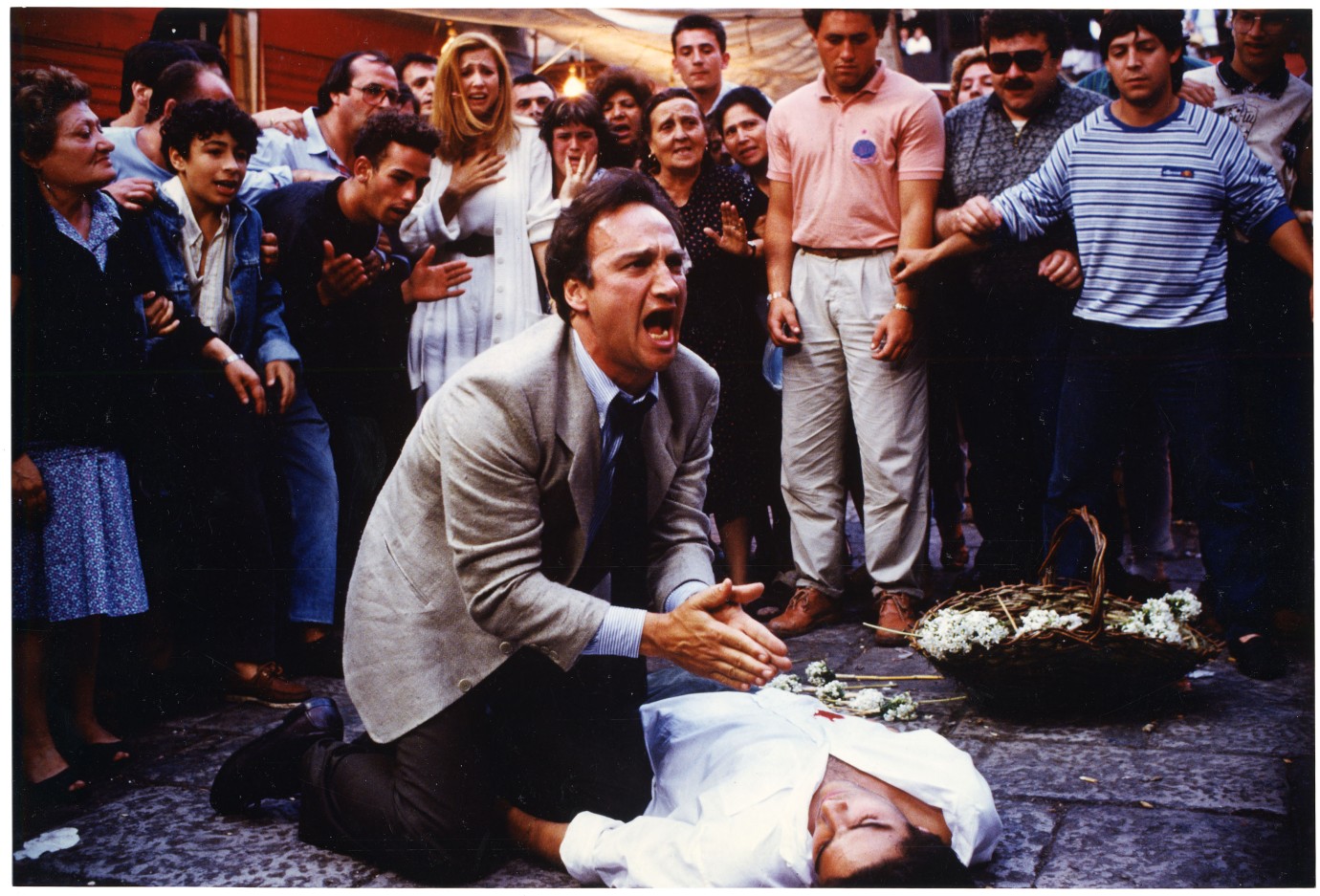 source: Cinémathèque Suisse, Lausanne
New York mayoral candidate Bonavia promises that, should he be elected, he will solve the drugs problem by legalising drugs. The mafia are horrified. He visits Palermo with his wife where he falls victim to a conspiracy as a result of which he is forced to take back his election promise. One last attempt to follow his conscience has fatal consequences. “THE PALERMO CONNECTION is an Orphic political thriller – it looks back. ‘After filming was over and we were editing, I discovered all of my previous films in this one film,’ says Rosi, ‘but it wasn’t planned consciously.’” (Fritz Göttler, Süd­deut­sche Zeitung, 25.1.1991)