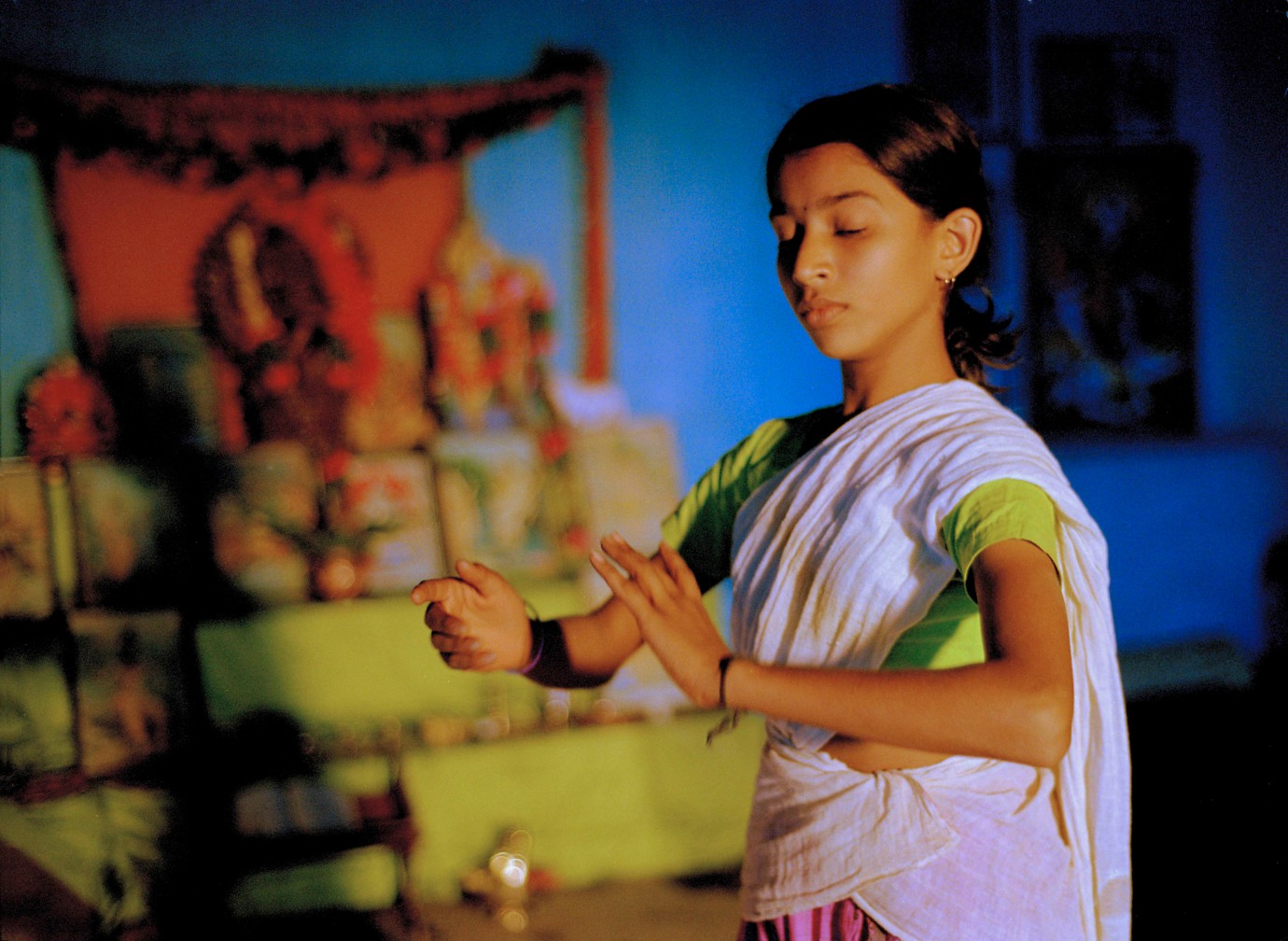 Vanaja is the daughter of a fisherman in southern India. The 14-year-old's father is a member of a low caste and, as his catch dwindles, his debts rise. One day, a fortune-teller prophesies that Vanaga will become a famous dancer, and so Vanaja decides to take up a position in the home of a wealthy neighbour named Rama Devi. Vanaja hopes to receive lessons in traditional Kuchipudi dance from her while earning a living working at her farm.
Vanaja is first given the job of looking after the animals. Although her unconventional appearance means that her superiors do not give her an easy time of it, the lively Vanaja nevertheless soon makes a positive impression on her employee, who gives her a new job in the kitchen. Here, she has to learn to cope with a cantankerous old cook named Radhamma.
Before long, Rama Devi invites Vanaja to play a round of 'ashta chamma'. Soon realising that her mistress is a poor loser, Vanaja decides to surrender the game to her. Vanaja's tactic does not go unnoticed by Rama Devi, who offers to teach her music and dance.
Vanaja proves to be an excellent pupil and she makes swift progress until she meets Shekhar, Rama Devi's 23-year-old son. This attractive young man has returned to India from the USA in order to run in the local elections. Shekhar exploits Vanaja's innocence and she falls pregnant. A crisis ensues when Vanaja makes use of her nimble presence of mind to contradict an insecure Shekhar in the presence of his mother. The situation soon comes to a head and, all at once, Vanaja feels the full force of rejection from a family belonging to a higher caste.