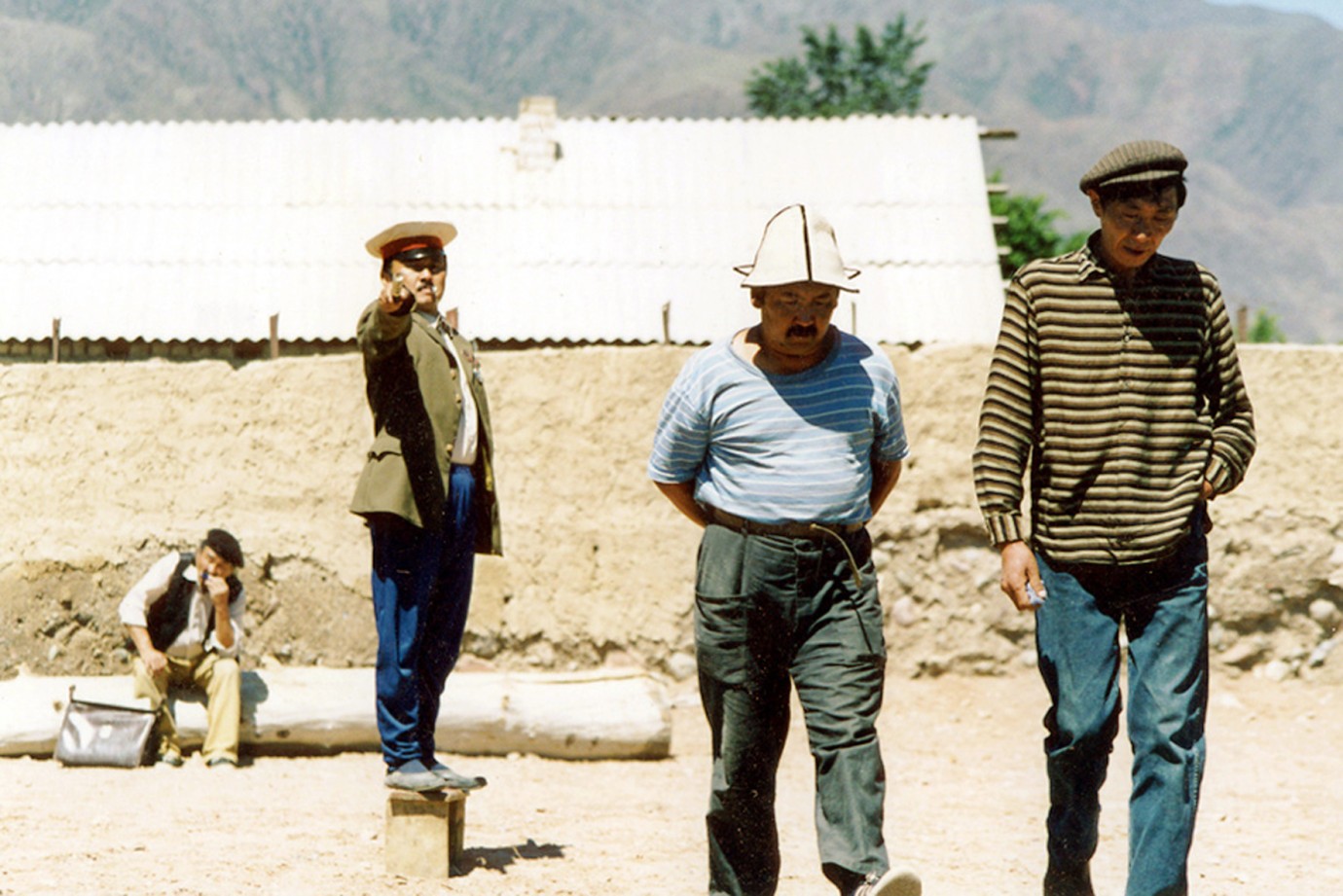 Kirghiz director Ernest Abdyshaparov’s feature film debut uses an episodic form to tell a number of stories about the inhabitants of a small Kirghiz village during the ten years following the end of the Soviet Union. These are tragicomic tales of politics and religion, tradition and modernity, pride and honour.
Everyone in the village is up in arms because pensions are not being paid, money is not flowing as it should and everyone is determined to feather their own nest, even resorting to underhand dealings, if need be. There are still die-hard Communists in the village, and cattle thief Tashmat is still going about his business on a regular basis – which means that village policeman Salamat has plenty to do trying to track him down.
It’s plain to all the villagers that nothing in life seems to have very much to do with what is right and just any more and they express as much to their village administrator, Kabylbek. They don’t have much faith in a better future, nor do they particularly believe in a just God. Regardless of what Allah or Jehova might think, the villagers decide they’d rather devote themselves to earthly pleasures. However, in spite of all their bitter complaining and their nostalgia, life seems to go on as usual; some managing to take great advantage of the situation and others less so.
Then comes the surprising and shocking news that the cattle thief has finally been hunted down by the village policeman; moreover, unable to bear the humiliation of his capture, he has committed suicide. Community spirit is put to the test as the headman struggles to keep his village in one piece.