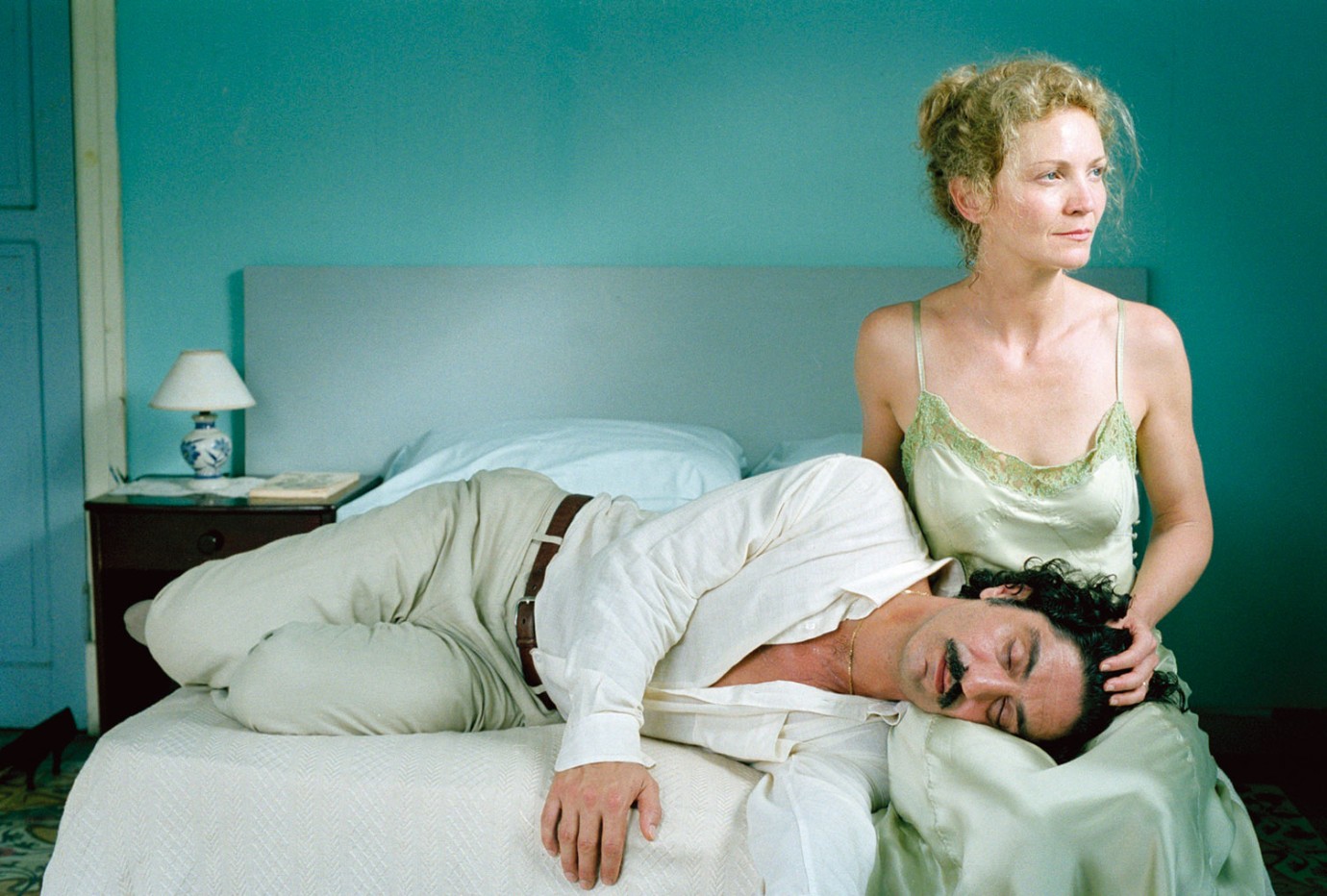 She is an American of northern Irish descent. A successful microbiologist, quick-tempered by nature, jetting around the world from one conference and one commission to another. And yet behind her glamorous lifestyle her private life is something of a small-scale war. Her husband, a British politician, is unfaithful to her; his career is the only reason they outwardly feign the pretence of an intact marriage.
At a banquet one night she meets a man who sees her inner sorrow and manages to make her laugh. The man, a Lebanese who once worked as a doctor, was forced to flee his home in Beirut and now works as a chef. Whereas at one time he removed shrapnel from bodies, sewed up wounds and saved lives, he now finds himself cutting up dead animals for a lavish dinner. Nevertheless, his memories of war in the Middle East persist to this day. These memories soon become their common ground – for her knowledge of religious conflict in Northern Ireland means that she too is no stranger to civil war. He lives the life of an exile in a tiny apartment – far away from his culture, his family and his home. Although her surroundings may be a good deal more luxurious than his, she too lives a kind of private exile, alone and lonely.
A passionate affair ensues; but all too soon their love affair is overshadowed by events in the world at large. The religion he believed to have left behind along with the world he was forced to renounce years ago, begins to take on an importance that even outweighs his need for sex and love.